A home becomes a hotel

Shipping magnate William Nickels had this impressive mansion built in 1807 as a symbol of his wealth and status. His ships traveled to Europe and the West Indies, bringing back fine imported goods for wealthy Wiscasset households. William and Jane Nickels’ lavish lifestyle came to an abrupt end when Thomas Jefferson’s Embargo of 1807 devastated the East Coast economy by prohibiting international trade. By the time of his death in 1815, William Nickels was bankrupt, Jane had died, and their children were left with nothing but debt.

The Nickels’ house became a hotel managed by innkeeper Mary Turner for forty-four years. Known as Turner’s Tavern, it served working and professional guests while Mary also raised her family of nine children. After her death, a series of owners ran the hotel until 1899 when it was purchased by industrialist Alvin Sortwell as a summer home for his family. The Sortwells lovingly restored the house over a period of years and decorated it in the Colonial Revival style with fine antique furnishings.

A National Historic Landmark and one of New England’s finest Federal-style houses, Nickels-Sortwell House is the only Historic New England property available for vacation rentals.

Historic New England is following all state, local, and CDC safety guidelines for Wiscasset. Tour group size is limited. At this time, masks are optional for all staff and visitors.

In 1807 Captain William Nickels built a grand, high Federal-style mansion on Main Street in Wiscasset. Sited at the top of the hill overlooking the river, William and Jane Nickels' home proclaimed wealth and status to all passersby. 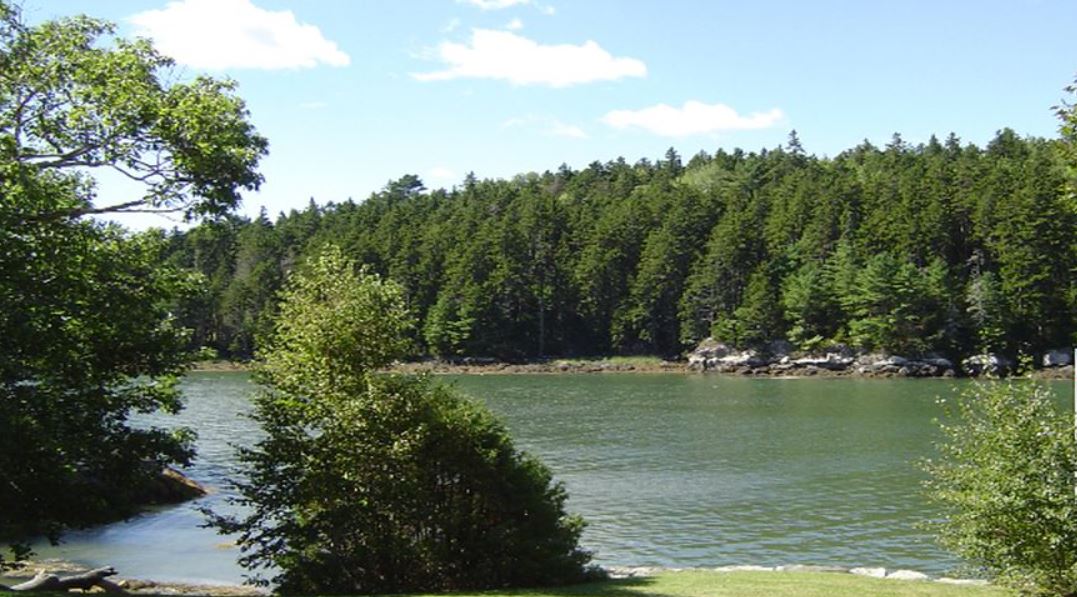 Wiscasset is built on land that is part of the homeland of the Wabanaki people of Maine and the Maritimes. The Wabanaki used the Sheepscot River as a transportation corridor and a seasonal location for hunting and fishing for more than twelve thousand years.

The arrival of Europeans in the seventeenth century led to a cataclysmic collision of cultures, resulting in more than 100 years of violent conflict and decimation of the indigenous population by disease. The colonists who came to the Wiscasset area were immigrants from Europe, Massachusetts, and Southern Maine drawn to the frontier by the offer of land for development. William Nickels’ grandfather was one of those colonists.

By the mid-eighteenth century, the Wabanaki had been forcibly driven off this land. They moved north to the Norridgewock area where they had larger settlements. They remain there today and live throughout the state of Maine, an intrinsic part of Maine’s history and culture. Wabanaki place names, although anglicized, are permanent markers of their culture.

By the 1770s, Wiscasset was a thriving seaport due to its deep, protected harbor. The town had very close ties to Boston through the shipping, legal and political connections that resulted in its being named the county seat in 1794. This was a wealthy and socially sophisticated community centered on commerce. 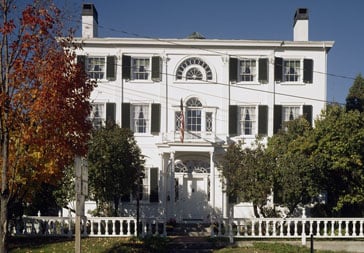 In 1807 William and Jane Nickels built a grand, Federal-style mansion on Main Street in Wiscasset as a public trophy proclaiming their prosperity. A successful ship captain and owner originally from nearby Bristol, Maine, Nickels built at a time when Wiscasset was a busy, wealthy, and sophisticated shipping town.

The wood exterior was designed to look like stone from both the water and the street. The interior decoration and furnishings proclaimed the owners to be people of style, taste, and money. William and Jane Nickels were known for their fashionable dress and lavish entertaining. A large staff of servants, including Catherine Light, Hannah McLean, the children’s nurse, four seamstresses, maids, and housekeepers enabled Jane Nickels to run the house, maintain her fashionable standards, entertain, and care for their six children.

The New England maritime economy was inextricably linked to the global slave trade either by directly profiting from transporting people in bondage or by the trade and consumption of goods grown and produced by the hands of slave labor. Wiscasset ship owners and captains were part of this global trade. Nickels’ partner captained ships that travelled to Europe and the West Indies, bringing back fine imported goods for wealthy Wiscasset households, many of which included enslaved people. The one Black occupant we know who lived in the Nickels’ house was called Sam. We do not know if he was a paid servant or if he was enslaved.

Thomas Jefferson’s Embargo of 1807 ruined Captain Nickels financially, along with most of Wiscasset. In 1812 both Jane and their eldest daughter Hannah died. In 1814, in an attempt to recoup some of his losses, Nickels deeded the house to his business partner, Samuel Miller, who allowed the family to remain there. In 1815 Nickels himself died of consumption. The estate was consumed by debt. After the estate was settled, there was nothing left for the children to inherit. 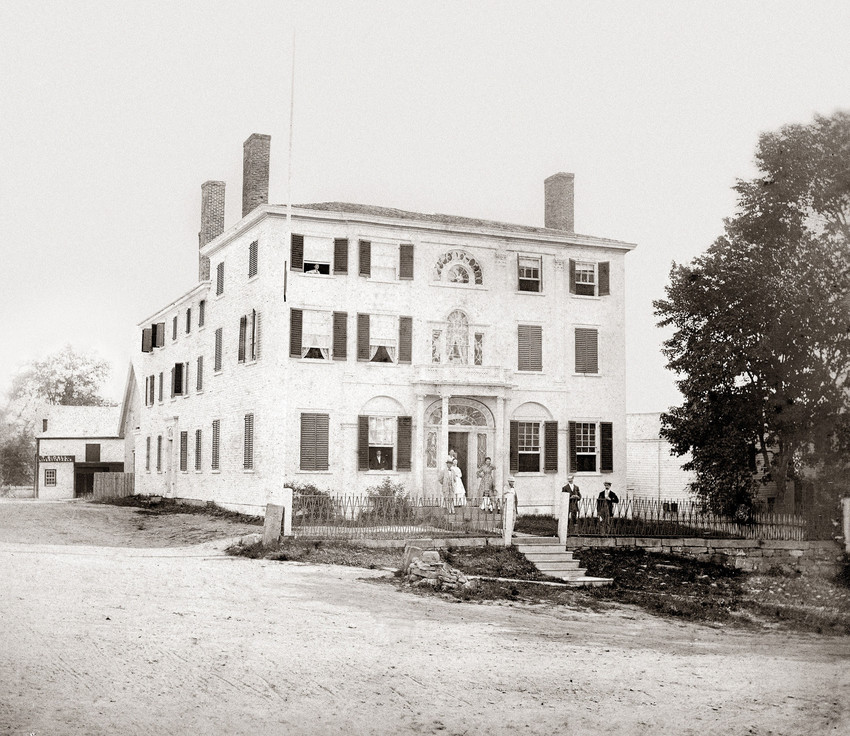 After Nickels’ death, the house was rented by the Turner family, Cornelius, a harness and saddle-maker, and his wife Mary, who opened the house as an inn. Mary ran Turner’s Tavern for forty-four years while raising nine children in the house. In 1827, it became the stage coach stop. In 1830, when her brother purchased the house for her, Mary renamed the hotel The Mansion House. The Turners kept the business going despite Wiscasset’s economic woes. After Mary’s death in 1861 and the unexpected deaths of two of her sons, the house was purchased by William Wilcockson who renovated and updated the house. Like William Nickels, he spent more money than he had and was forced to sell the hotel.

Renamed the Belle Haven, the hotel catered to a new wave of guests from home and abroad. The tourism trade began in earnest by the end of the Civil War with the rusticators, followed by people escaping from the heat and dirt of industrial cities. The Belle Haven catered to legal visitors drawn by the courthouse and served as a comfortable convenient place to stay for Mainers and their families, including women traveling on their own. Its prime location on Main Street made it a perfect place for townspeople and visitors to watch holiday and the annual circus parades that passed through town delighting all who saw them.

In 1897, the hotel was sold to William Hubbard, owner of the Hilton House Hotel next door. Hubbard sold the house to Alvin Sortwell in 1899. 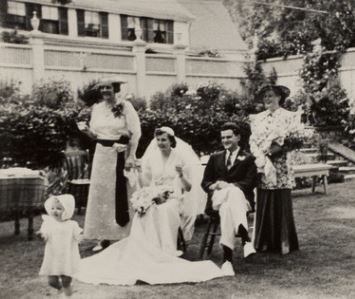 Wealthy industrialist and former mayor of Cambridge, Massachusetts, Alvin Sortwell and his wife Gertrude purchased the Belle Haven as a summer house for their family. Sortwell’s mother’s family had first settled in Wiscasset in 1734. In 1895, escaping the heat and dirt of the city, the Sortwells stayed at the Belle Haven Inn, renting the top two floors. They fell in love with the house and area which was perfect for summer recreation with friends and their family of six active children, ages 8 -17.

Gertrude Sortwell had ancestors who fought in the Revolutionary War and both she and her husband were very proud of their American eighteenth-century roots. They dedicated themselves to restoring the house to its former grandeur. They painted it white, discreetly added indoor plumbing and over time decorated it in the Colonial Revival style. By 1916, the Sortwells had lost both Alvin and middle son Edward. In 1917, Gertrude and her daughter Frances, already an enthusiastic historic preservationist, had the veranda removed and the exterior of the house restored to its original profile. To unite house and garden, they added a solarium at the rear of the house that is one of visitors’ favorite rooms today.

The elegant and genteel lifestyle of late nineteenth and early twentieth century industrialist wealth required a large staffs of servants. The Sortwell staff included Maine native Ross Elwell, who met the family while working as a seaman on a yacht. Ross was hired to be butler to the Sortwell’s eldest son, then transferred his services to Frances Sortwell. He became an invaluable part of the family’s life in Wiscasset. Ross owned his own home and also invested in local real estate.

Irish immigrants Margaret O’Hanlon and Josephine Dodge served as cook and waitress to Gertrude Sortwell and the family. Well-remembered by the Sortwell granddaughters, Margaret emigrated from Kildorrerry, Cork at the age of 26 and was working for the Sortwells by the time she was 30. Josephine, emigrated from Killenavarra, Galway at age 14 to join her sister who was already a domestic living in Cambridge, Massachusetts. She started working for Gertrude Sortwell almost immediately. Both women travelled with Gertrude between the Sortwell main home in Cambridge to their summer and holiday home in Wiscasset. Josephine met and married a Wiscasset man, Walter Dodge, the Sortwell’s gardener and the couple settled in Maine.

Family and staff saw each other through the wars, the Great Depression, family tragediesand  and drama. Ross, Margaret and Josephine stayed with the family until Gertrude’s death in 1956 and Frances’ death in 1957.

Wishing that the house be preserved and shared with the public, Frances Sortwell bequeathed the house to Historic New England. Today, the house is furnished with Sortwell antiques and high quality reproductions, as well as treasured family objects. The house was opened to the public as a museum in 1958.

Find out about group tours, restrooms, photography policy, and more.

Visit nearby Castle Tucker in Wiscasset.

Rent Nickels-Sortwell House for your vacation.

More things to do in Wiscasset

Known as the “Prettiest Village in Maine,” Wiscasset is located on the banks of the Sheepscot River in Maine’s mid-coast region. Surrounded by picturesque and historic towns, beautiful waterways and dramatic lighthouses, Wiscasset was incorporated in 1761 as part of the town of Pownalborough. Visitors can enjoy the many antique shops downtown along with art galleries, restaurants, and beautiful old buildings. Wiscasset is one hour north of Portland and less than half an hour southwest of Boothbay Harbor. Contact the Southern Midcoast Maine Chamber of Commerce or the Town of Wiscasset website for listings of restaurants and lodging, and many more local activities.