Remarkably intact for over 300 years

Boardman House, a national historic landmark, was built in 1692 for the family of William Boardman. With the majority of the original structure still intact, the house remains unaltered from the 17th and 18th centuries. Boardman House provides an exceptional opportunity to view seventeenth- and eighteenth-century construction techniques and finishes.

When Historic New England founder, William Sumner Appleton, purchased the house in 1914 under questionable means, he recognized the important and largely unaltered seventeenth and eighteenth century building fabric, which is still visible today.

Know Before You Go

Historic New England is following all state, local, and CDC safety guidelines for Saugus. Tour group size is limited. At this time, masks are optional for all staff and visitors.

Tour involves standing, walking, and stairs. Visitors with limited mobility may be able to enjoy a first floor tour of the house and a visual tour of the museum is available. Folding chairs are provided for visitors who would like to use them while on tour. The site is not equipped with ramps, elevators, or lifts. Service animals are welcome. We are happy to work with you to make your visit an enjoyable one and we encourage visitors with questions or requests to call ahead.

Take Route 1 north or south to Saugus and take the exit marked “Main Street, Wakefield.” Follow Main Street northwest for about three quarters of a mile, then turn left just past the Village Park Shopping Center onto Howard Street. Boardman House is on the right.

There is a small area available for parking beside Boardman House, as well as some street parking.

Boardman was a joiner, a woodworker who built furniture and did cabinetry and interior finish work. He died in 1696 at thirty-eight. 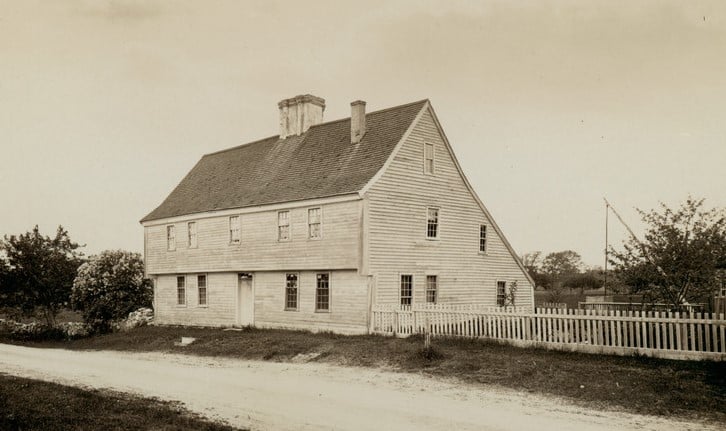 Prior to white colonial settlement of modern-day Saugus, the land was inhabited by the Massachusetts and Pawtucket peoples. Land was often obtained by English colonists through dubious land deeds with indigenous peoples. The nature of these deeds centered on the colonists’ concept of owning the land on which they lived and worked. The land on which Boardman House sits was no different.

The land was eventually passed to Samuel Bennett, who purchased the land in 1648. Bennett, a house carpenter who emigrated from London in 1635, acquired several acres in Lynn and Boston and built a structure near or on where Boardman House sits, which eventually led to the currently standing house to be misidentified as the “Bennett House” or the “Scotch House,” which was built to house Scottish prisoners  who worked as indentured servants captured during the Battle of Dunbar and were sentenced to work at the nearby Saugus Iron Works (now run by the National Park Service).

Eventually, William Boardman purchased the property in 1686 from John and Katherine Eyre for £200, which had been part of Samuel Bennett’s original parcel. The Boardman family owned the property for over 200 years, from 1686 to 1911. 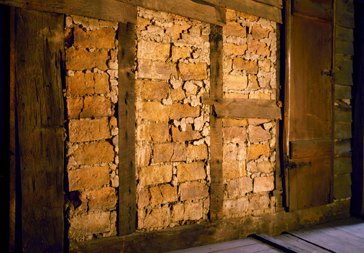 Construction and Renovation into the 18th Century

While William Boardman purchased the land in 1686, the existing Boardman House was constructed in 1692. It was previously thought that the house was built in 1687, however through a dendrochronology study in 2009, it was determined through the testing of the present wooden beams that the house was constructed in 1692. Dendrochronology is the science of dating events by taking a sample of wood and analyzing the patterns of growth in existing tree rings.

Boardman built a hall-and-parlor, central chimney plan home with two chambers straddling the central chimney on the second floor, and a steeply pitched roof. Sometime between 1692 and 1696, when William Boardman died at the age of 38, a kitchen lean-to was added to the original structure. Not only did this add space to the original house, it also preserved the house’s original exterior clapboards, skirtboard, and roof boards for future generations.

When the house passed to Boardman’s son, William Boardman, Jr, he updated the house to 18th century fashions. The front stair hall was remodeled with an open banister and paneling, and the kitchen lean-to was expanded and reconstructed in 1731. 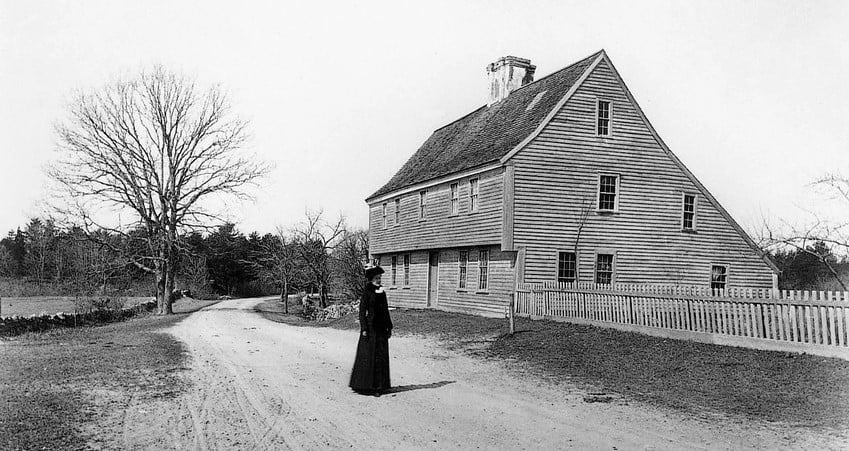 Virtually Unchanged to the 20th Century

The house and family ownership remained virtually unchanged through the early 20th century. And while the family remained the same, the land borders on which the house is located have shifted over time. Over its history, Boardman House has been located in Boston, Lynn, Chelsea, and finally today’s Saugus. The house was originally built directly on the town line between Boston and Lynn, and between 1708 and 1738, the front door had the letters “BL” to indicate it as a boundary marker.

In 1753, William Boardman, Jr. conveyed the dwelling house, barn, 200 acres, his estate and “my Negro man named Mark” to his son, Aaron Boardman. The descriptor “my Negro man,” implies that William Boardman had held Mark in bondage for some time at this site prior to selling him with the property to his son. This in no way represents Mark’s full story, and Historic New England’s work to uncover and expand upon the important history of enslaved people at and around the Boardman House is ongoing.

After Aaron Boardman’s death in 1799, the property was divided between his widow and children. Eventually, the house passed to his son, Abijah Boardman, who petitioned the General Court to alter the town line of Lynn to put his house in Chelsea (part of Boston) in 1803. This was granted, only to have the town line amended again in 1841, which transferred the area of Chelsea on which the house stood to the town of Saugus.

When Abijah died in 1856, the property had shrunk from its original 300 acres to about 24 acres, which was then split amongst his five children. His daughter, Celona inherited the house and four acres and lived in the house with her husband and sister, Sarah Boardman. When Celona and Sarah both passed away in 1893, Celona left the house to her nephew, Elmer B. Newhall, who then sold the house in 1911.

20th Century and Becoming a Museum 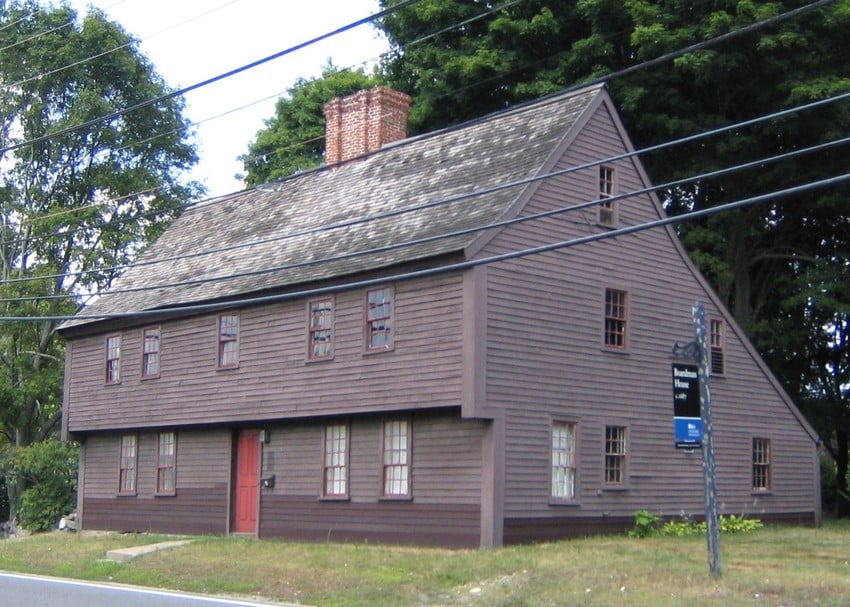 Elmer B. Newhall sold the Boardman House in 1911 to Jacob B. Wilbur, which ended 225 years of Boardman family ownership of the house. Jacob B. Wilbur was what we would call a developer today. He split the land into six small building lots with the intention to turn them into a housing development entitled “City Gardens.”

The circumstances around the purchase of Boardman House by William Sumner Appleton, founder of the Society for the Preservation of New England Antiquities (which became Historic New England), deserves scrutiny. Documented evidence reveals that Appleton actively worked to forcibly remove the Italian families from the house due to anti-immigration biases under the auspices of historic preservation. In raising funds to purchase the house away from the Italian owners, Appleton appealed to Scottish descendants using the now-known inaccurate history of the “Scotch House” to “rescue” the house from people deemed unworthy and unable to preserve or understand its history. Appleton went on to purchase eight additional small lots to leave Boardman House in relative open space, setting it apart from the close-set neighborhood that grew up around it.

Once Boardman House was eventually purchased by Appleton, he brought in experts on 17th century houses to assist him with the structural repairs that were needed to stabilize the house. He removed 20th century wallpapers, uncovering some of the early decorative paintwork. For the most part, Appleton left the house in the condition in which he bought it, which was largely unchanged from the 18th century.

Today, Boardman House serves as living laboratory and observatory for historic preservation practices and research and is open for tours throughout the year.

More things to do in Saugus

At the southernmost tip of Essex County, Saugus is the first town entered by those driving to the North Shore from Boston. Saugus was settled in 1629, and between 1646 and 1668 was the home of the first ironworks in North America, now open to visitors as the Saugus Iron Works National Historic Site. Originally a rural farm community, Saugus is now a convenient suburb to Boston and boasts a variety of entertaining business landmarks along the highway of Route 1, including a giant cactus, a herd of plastic cows, an orange dinosaur, and the leaning tower of pizza.

Once you’re off the highway, enjoy outdoor activities in a variety of reservations and parks, such as the Breakheart Reservation and the Rumney Marsh Reservation. Nearby is Revere Beach, the oldest public beach in America, now home to a variety of festivals and events throughout the season, including a farmer’s market, a sand sculpting competition, and a kite festival.

Visit the North of Boston Convention and Visitors Bureau for more information about area restaurants, accommodations, and attractions.