Built between 1694 and 1701 for a farming family, Browne House contains rare surviving architectural features from the late 1600s. In a near ruinous state when it was acquired by Historic New England founder William Sumner Appleton in 1919, the house was painstakingly restored in what is acknowledged to be the first fully documented restoration in America. See how a late 1600s family lived in what was considered a “mansion house” at the time.

Browne House is a modest “one-over-one” dwelling with eighteenth- and nineteenth-century additions. Prominent features include a steeply pitched roof, diamond-patterned casement windows, and early door and window placements and styles. During the restoration, an impressive amount of seventeenth-century finish detail was uncovered. There is one large room on the first floor, which incorporated living, cooking, and sleeping space. The upper chamber contains an extremely rare three-part casement window frame.

Main Street, also known as Route 20, is accessible via MBTA.

Parking is available on Main Street and in the upper parking area of the adjacent Watertown Police Station.

The original c. 1698 house consisted of one room over one room, each with three triple-casement windows, and a half-story attic above. 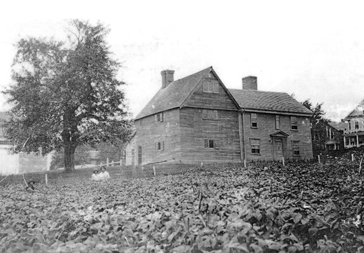 Browne House is named for the family that owned this Watertown, Massachusetts, land from 1640 to 1897.

Abraham Browne was an early settler in Watertown. He appears in records as a freeman in March 1632. He came from Hawkedon, Suffolk, England, as part of the “Great Migration,” during which thousands of English settlers came to New England.

Abraham Browne held many important posts in Watertown through the early 1640s, including land surveyor. He laid out many of the roads that exist to this day and many of the original farms and other settlements in town. He also served as selectman and conservator of trees in town. By 1642 his estate totaled thirty-nine acres, consisting of fifteen non-contiguous lots. Abraham Browne died by 1650. The house that he built in East Watertown did not survive, and the exact location remains unknown.

A New House and a Family Farm

Jonathan’s son, Captain Abraham Browne (1671-1729), consolidated the entire estate in 1694 and built the house that survives today around 1698. In 1709 the Browne family sold the eastern half of the property with its original house. That portion of the farm passed out of the family’s hands permanently at that time.

Like his grandfather before him, Captain Abraham Browne held many important posts in town, including treasurer, assessor, selectman, town clerk, and captain of the militia. He was licensed for four years as an innholder, beginning in 1709. He had nine children, eight of whom lived to adulthood. In 1708 Captain Abraham was also guardian to Ephraim Williams, whose son later founded Williams College.

Browne House is first mentioned in town records on December 17, 1701. Samuel Browne, Captain Abraham’s second surviving son, lived in the original portion of the house after his father built the additional northern ell structure in 1725.

The physical evidence in the house shows that it was a single-room plan, two-and-a-half stories, with a chimney bay and lean-to dependencies behind the chimney and along the rear of the house. There were three triple-casement windows in each of the two rooms. The house has a garret (or attic space) and a cellar. Many similar houses were later expanded laterally with an addition made on the other side of the chimney to form a symmetrical façade. Browne House is one of fewer than a half dozen houses in New England to retain this profile.

After the death of Captain Abraham Browne, his son Samuel Browne inherited the entire remaining homestead. His descendants lived in the house until 1897. 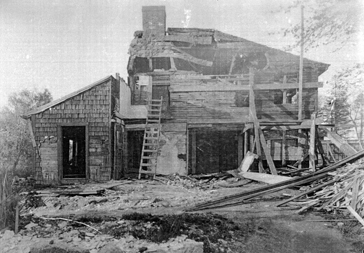 Peter J. Brandley bought the house and property from the Browne family in 1897. In the intervening years the property deteriorated to what was described as “a number of somewhat dilapidated farm buildings that once were part of the larger estate.” The Historical Society of Watertown gave permission for the house’s demolition because of its severe deterioration. 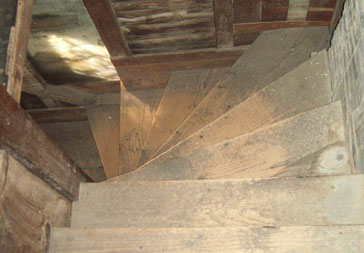 In 1910 William Sumner Appleton founded the Society for the Preservation of New England Antiquities, now Historic New England, the first regional historic preservation organization in the United States. The organization and its mission were his life’s work until his death in 1947.

The purchase and preservation of Browne House helped define Appleton’s systems of management, scientific methodology, and historical research. He described it in 1915 as “one of the very best old houses still standing in New England.” His goal was to save simple, old, vernacular-style houses because many others deemed them unimportant.

Appleton bought the Browne House and property in April 1919 with $3,000 of his own funds, as the Board of Trustees of Historic New England felt the house could not be salvaged. The house was purchased in the same week that demolition was scheduled. Appleton hired skilled workmen and architects with experience on earlier preservation projects, including the esteemed Boston architect Joseph Everett Chandler. The foreman, Frederick R. Mosher, of the firm Messrs. I. H. Bogart & Son, had worked on projects at the House of the Seven Gables and Hooper-Hathaway House in Salem, Paul Revere House in Boston, Phineas Upham House in Melrose, and Cooper-Frost-Austin House in Cambridge.

Appleton considered dismantling the structure and moving it to Saugus because he thought that the framing was its most important feature. However, Norman M. Isham, a Historic New England colleague and fellow pioneering preservationist, wrote Appleton a letter in which he stated that the house was too important to be dismantled and moved. He gave Appleton advice that was to prove prescient:

“My advice is to stick to your lease scheme and keep the old building in situ. It has too many secrets to reveal. It has more to tell us than a little, not particularly about framing, which is really about all you could preserve if you took it down and stored it, but about windows and stairs. All these little bits of extremely important detail will be lost unless you work slowly along with the house as it stands and ask your questions of it as you go and have the house to go back to if you don’t understand the answer to some query and want to ask it over. Do not tear it down, it is too important. And don’t work without some architect at your elbow. If you have Chandler get him to stay there as much as he can. DO NOT TEAR THE HOUSE DOWN!!”

Browne House became one of the first fully documented restorations of a seventeenth-century building in the United States.

During the restoration process as much original material was retained as possible. William Sumner Appleton “gave” Browne House to Historic New England on May 1, 1922, “subject to a mortgage of $3,100.” The mortgage continued to be held by Historic New England until 1949 when it was fully discharged. 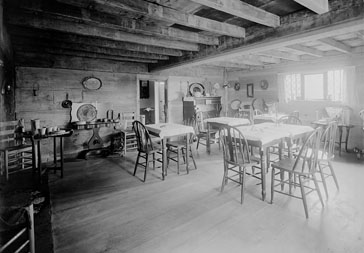 William Sumner Appleton pioneered the adaptive reuse of restored properties as a means of earning income to assist with property maintenance. Beginning in 1924, Miss Celestia Lapham and Miss Katharine M. Millea rented Browne House from Historic New England, as a residence in the north and western ells, and as a tea room and gift shop located in the lower chamber of the seventeenth-century portion of the house. Heating radiators and other plumbing were added in the summer of 1924 for this purpose.

There continued to be a succession of custodians, some of whom maintained a tea room in the house, including Mrs. Sue Burnham and her family in 1933, Mrs. Marcus Osborn, Mr. and Mrs. Ralph Burnham, and Mr. and Mrs. Christopher J. Fitzpatrick Jr. 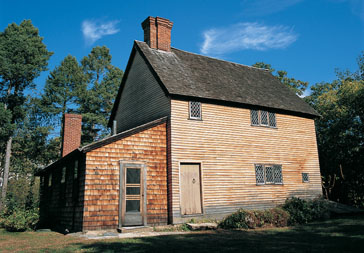 Browne House reveals aspects of seventeenth-century architecture otherwise lost today. Its restoration exemplifies the transition from traditional reconstructions, found at places like Paul Revere House and the House of the Seven Gables, to the use of historical and scientific methodology, which is now the norm of such work. Historic New England maintains the house as a significant as example of now rare and in some cases unique architectural features, and as an early example of a documented building restoration.

More things to do in Watertown

Watertown, settled in 1630, was the seat of Massachusetts government during the critical years of the early revolution from 1775 to 1776. The town is bordered by the Charles River, with easy access to Boston and suburban communities.

During your visit to Watertown, experience the Arsenal Center for the Arts, which hosts a variety of visual and performing arts, from exhibits and classes to concerts and plays. For local history, visit Gore Place, the Federal-era country estate of Massachusetts Governor Christopher Gore; the Historical Society of Watertown‘s Edmund Fowle House; or Historic New England’s own Lyman Estate. Watertown Square offers a variety of shops and restaurants, and Boston and Cambridge are easily accessible for even more attractions.