We save and share New England’s past to engage and inform present and future generations.

Historic New England is the oldest and largest regional heritage organization in the nation.

We engage diverse audiences in developing a deeper understanding and enjoyment of New England home life by being the national leader in collecting, preserving, and using significant buildings, landscapes, archives, stories, and objects from the past to today. 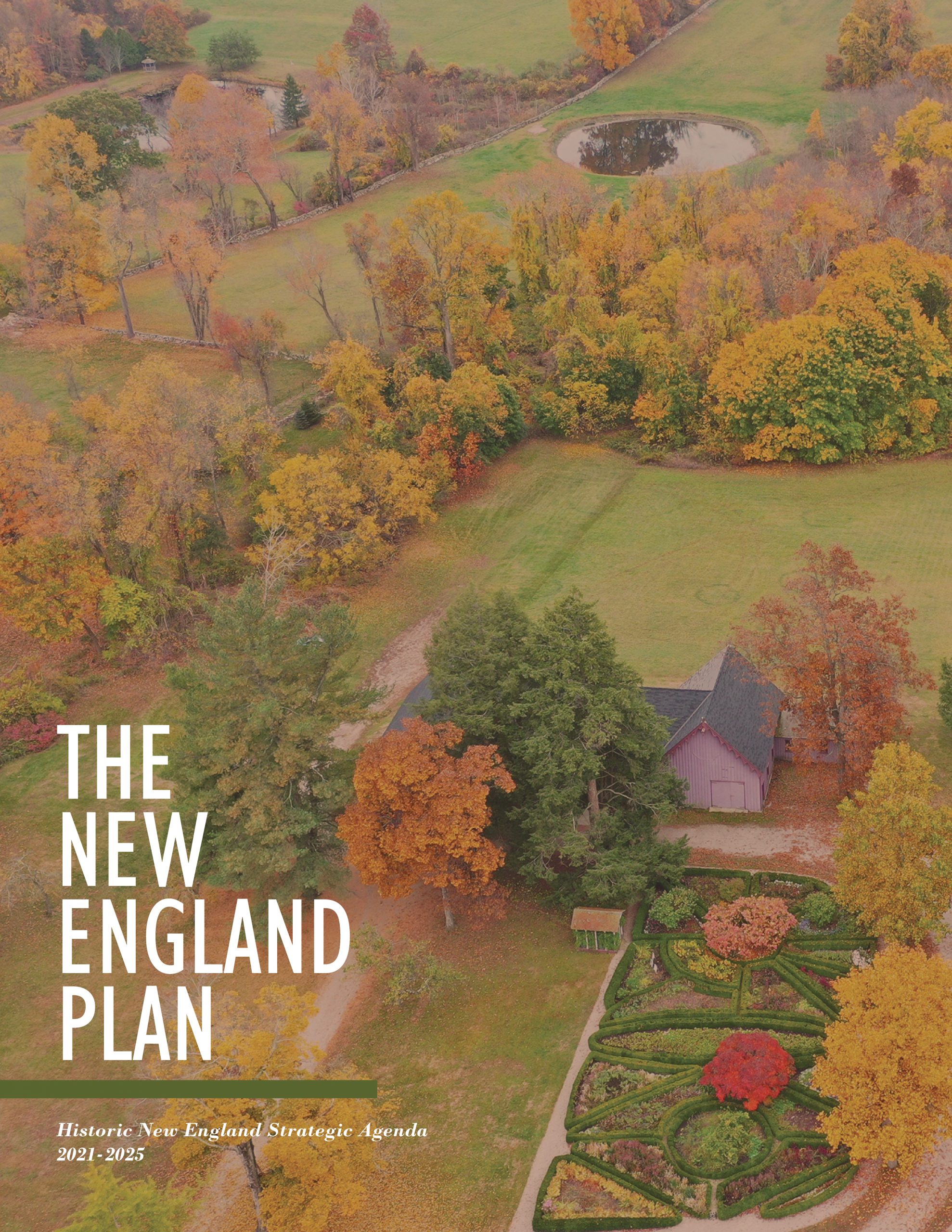 Board of Trustees
Trustees Emeriti

Historic New England has renamed the Board of Overseers to Board of Advisors, removing “Overseer” in light of the word’s historical connections to slavery. This title change is one step among many towards realizing a more inclusive, diverse, equitable, and accessible Historic New England. 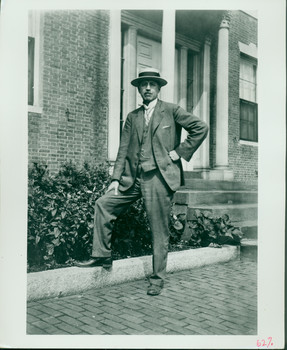 In 1910, William Sumner Appleton founded the Society for the Preservation of New England Antiquities, known today as Historic New England. For the next thirty-seven years until his death in November 1947, Appleton continued to lead and inspire this rapidly growing organization. Appleton defined the organization’s purpose; persuaded, charmed, and occasionally hectored the membership; raised money (sometimes covering deficits from his own funds); worked without remuneration; established a sound preservation methodology; and guided the organization successfully through two world wars and the depression. Appleton’s vision evolved over the last century into a thriving heritage organization that now welcomes more than 200,000 visitors each year to historic properties in five New England states.

Beginning in the 1890s and continuing through the first decades of the twentieth century, Appleton documented his widespread interests and activities in a series of remarkably detailed scrapbooks. The extensive national and international travel that influenced his thinking on the methods and aesthetic principles of preservation is recorded through maps, brochures, tickets, postcards, etc. Between 1893 and 1915, he made two trips abroad, traveled across the United States three times, and attended four World’s Fairs (Chicago, 1893; Buffalo, 1901; San Francisco and San Diego, both 1915), as well as participated in numerous historical events, such as the 1908 Tercentenary of Quebec.

Politics and current affairs take up numerous scrapbook pages. His deep interest in theater and the arts is apparent throughout. Appleton often viewed exhibitions of work by artists like Howard Pyle, Cecilia Beaux, and Charles and Marcia Woodbury at Boston’s Saint Botolph Club, the Boston Art Club, the Boston Camera Club, and other galleries. Many charitable and preservation organizations, including those concerned with the conservation of natural resources, received his support. His utter devotion to Harvard’s football team is shown through hundreds of pages of newspaper clippings recording the highs and lows of many seasons of play. Of course, hundreds of pages record his passionate interest in buildings, both old and new, and his interest in a more organized, formalized approach to preservation. As he recuperated from his breakdown, Appleton began to explore in a serious way the historical and antiquarian activities that had been a tradition in his family.

He turned to pursuits more in keeping with his interests and joined several patriotic, historical, and antiquarian organizations. Through the Sons of the Revolution, Appleton became active in the 1905 effort to preserve the Paul Revere House in Boston’s North End, the oldest surviving house in the city. Serving as secretary of the Paul Revere Memorial Association, he worked with architect Joseph Everett Chandler and others on the restoration.

After his father’s death in 1903, Appleton was trying to decide whether to continue the family’s Holbrook Farm Dairy in Newton, Massachusetts. He took classes at Harvards’ Bussey Institution, a school of agriculture and horticulture, but quickly decided that “the farmer’s life was not for me” and sold the dairy. Much more stimulating and rewarding was a course on architecture taught by Denman Ross, art collector and influential lecturer and writer on art theory and design. In 1906, Appleton took the lead in another preservation effort – to thwart the Boston Transit Commission’s plans to alter the Old State House.

In the face of opposition from a number of groups, the Commission was forced to change its plans. Appleton’s experiences in the fourteen years since his graduation from Harvard matured him into a more rounded individual and laid the foundation for his professional career. In 1909 Appleton learned of plans to significantly alter the eighteenth-century Jonathan Harrington House, which overlooks the green in Lexington, Massachusetts, and was the site of a dramatic incident during the confrontation with the British troops on April 18, 1775.

Outrage at yet another loss to the region’s historic fabric had a galvanizing effect on him, and he took the necessary legal steps to establish the Society for the Preservation of New England Antiquities, taking care to ensure that it would enjoy non-profit status. As he gathered members for SPNEA, the charm, zeal, diplomacy, and tenacity that characterized his professional work for the rest of his life came into play. He assembled officers and a board of trustees, including his cousin Alice Longfellow, who could provide financial support and prestige. Several of them also had academic experience or had worked with other related organizations. Yet Appleton’s instincts were democratic. Membership was open to all, and dues were modest. As corresponding secretary, he communicated to members through the quarterly Bulletin, informing them of current activities and asking for annual contributions to support special projects.

The first house the fledgling organization acquired, in 1911, the c. 1670 Swett-Ilsley House in Newbury, Massachusetts, was initially let out as a tea house with the goal of making it self-supporting. Appleton’s prime criterion for preserving a building was its intrinsic architectural or aesthetic merit, rather than its association with great men or events. He had a special interest in the modest dwellings of the first settlers, which by the standards of the day were incompatible with modern comfort and were falling into decay. Over the years, the organization acquired ten seventeenth-century houses, valued today by scholars as unique records of late medieval building methods in this country.

In 1916 the organization acquired the Harrison Gray Otis House in Boston as its headquarters, a step that fortuitously saved the building from demolition a few years later when Cambridge Street was widened. Appleton also established a New England Museum – at first a random assortment of old things, which gradually took shape as a systematic, documented collection of furnishings and fine and decorative arts, as houses with their contents intact entered the collection. At the same time, he was a voracious collector of images – postcards, ephemera, measured drawings, and most importantly, photographs. An avid amateur photographer who took hundreds of documentary photographs of his restoration projects, he befriended professional photographers and sought donations of their work. Not everything could be saved, but buildings and streetscapes could be “preserved on paper.”

Over the years, Appleton’s energetic if somewhat indiscriminate collecting practices have been refined, and today Historic New England’s holdings are recognized as the richest and best documented assemblage of New England material culture in the nation. As the country’s first full-time professional preservationist, Appleton brought a scientific method to his approach and defined procedures that are largely followed to this day. He came to see a building as an evolving organism, whose changes over time preserved the historic record of many eras. This enabled him to resist the temptation to restore a building to a particular period to make it easier for a layperson to understand.

Appleton hired professionals to do the work on a building and thoroughly documented the process in photographs and written records. As he wrote in 1930 about his restoration of the c. 1654 Coffin House, also in Newbury, “The more I work on these old houses the more I feel that the less of W.S. Appleton I put into them, the better it is.” On November 13, 1947, while on SPNEA business in Andover, Massachusetts, Appleton suffered a stroke. He never regained consciousness and died eleven days later. At the time of his death, the organization owned fifty-one historic properties, a museum collection numbering in the thousands, and a library with upwards of 600,000 images of New England.

Find out how we protect privately owned homes through the Preservation Easement Program.