The young couple and their mansion: W.E.C. and Edith Eustis 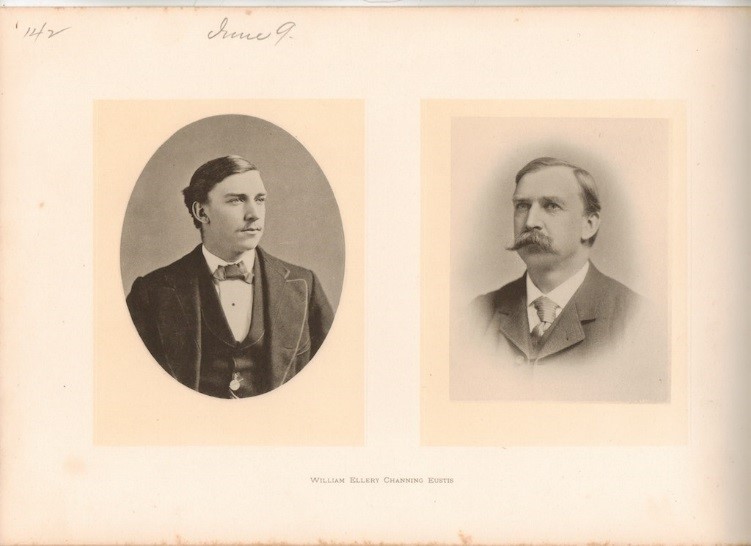 Historic New England is working to transform the 1878 Eustis Estate in Milton, Massachusetts, into a museum and study center opening in 2017. Below, Curatorial and Interpretive Planning Assistant Elyse Werling introduces you to the young couple who were the first to call the Eustis Estate home. 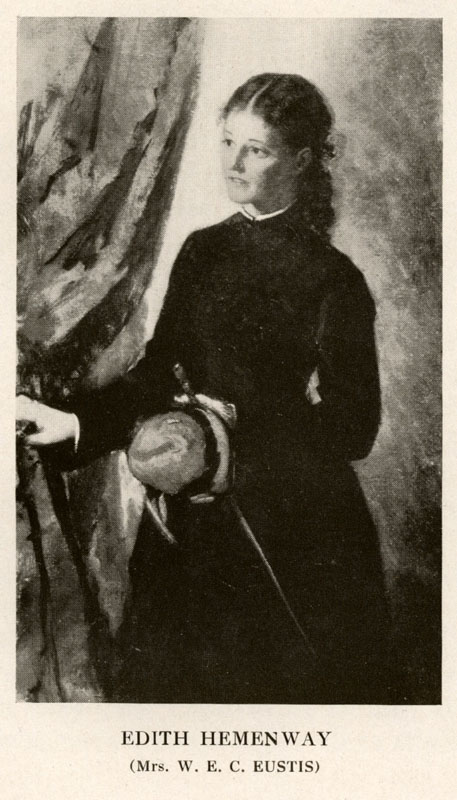 Today, many young couples choose a “starter home,” a modest house that comfortably accommodates a small family on a tight budget. When William Ellery Channing (W.E.C.) Eustis and Edith Hemenway Eustis moved into their first house, they actually moved into their forever house: a custom-built, 18,600-square-foot stone mansion in Milton, Mass., complete with more than a hundred acres of land.

In the case of the Eustis family, the apple does not fall far from the tree. Born in 1849, W.E.C. was the son of Frederick Augustus Eustis and Mary Channing Eustis, who moved their family to Milton in the 1850s. Frederick and Mary purchased an eighteenth-century house on Canton Avenue that had previously been owned by family members.

Similarly, Edith (b.1851) began to spend time in Milton when her parents, Augustus and Mary Hemenway, purchased an old farmhouse on 230 acres on Canton Avenue in 1866. Although they already owned a stately mansion on Beacon Hill, their Milton house, known by all as Old Farm, was to serve as a country retreat.

Coincidentally, the two plots of land are situated next to each other on Canton Avenue. How W.E.C. and Edith met is not documented; it is likely that the close proximity of the Milton properties and the pair’s social standing helped during the courting phase. When W.E.C. and Edith were married in 1876, a sizable estate was carved out between the two properties for the young couple to maintain as their own.

When the couple moved into their new house their family was growing. In 1877 their twin boys, Frederic and Augustus, were born; daughter Mary was born in 1885. W.E.C and Edith lived in this house for the rest of their lives.

A mining engineer by trade, W.E.C. fancied himself a farmer as well. The majority of the estate’s open land was devoted to farming, which meant that a large staff of laborers was kept to maintain and operate the farm. A full staff worked inside the mansion as well, consisting mostly of women who were housed in the servants’ wing. Historic New England has been lucky to discover the names of these workers and servants in census records.

Keep checking this blog to learn more about the people who lived and worked on the estate.