Mail-order kit houses are part of the story of residential architecture development and neighborhoods in the first half of the twentieth century. Through a focus on kit houses in Burlington, Historic New England is working with homeowners, local organizations, and state and local government to preserve and share the story of this important and overlooked building type, as well as the neighborhoods and communities it represents.

Historic New England identified Burlington’s kit houses as a focus area within a larger effort to work with partners around the region to implement preservation projects that reflect diverse stories and include a wide representation of geographic areas, architectural styles, time periods, and buildings types.

For information about our work with Burlington’s kit houses, contact Charlotte Barrett at [email protected] or 802-989-4723.

Ordering online may be a way of life in the twenty-first century, but in the early decades of the twentieth century, many people eagerly anticipated the arrival of thick catalogues by mail. It was possible to order almost anything one could imagine, including a house! These so-called kit houses were exactly that—a pre-cut kit of house parts, ordered by catalogue, shipped by rail, and trucked to the building site. A local builder or the owner assembled the house, using materials and instructions provided. 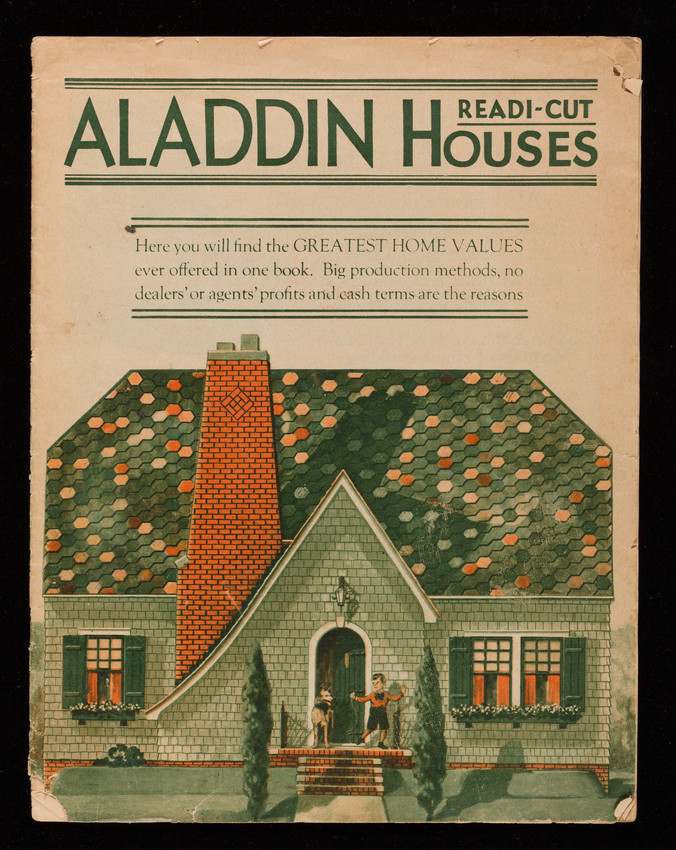 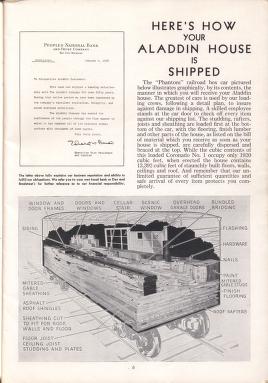 Kit Houses in the Mainstream 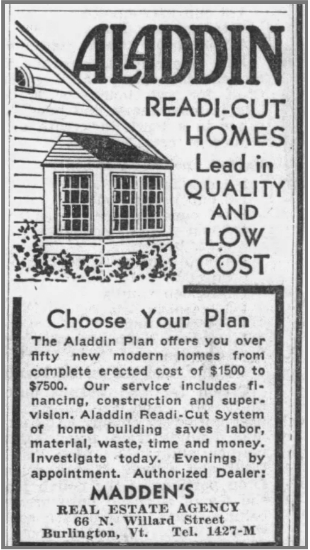 Kit houses gained popularity as an affordable and modern housing option in the early decades of the twentieth century. In Burlington, a lumber– and textiles-based industrial economy yielded to a service industry that fueled a growing middle class.

Starting in the 1840s and continuing into the early twentieth century, Burlington expanded rapidly, largely due to foreign immigration to the city. Immigrants settled in the city center to be near jobs and formed tight-knit neighborhoods around shared culture, language, and food traditions. Over time, families that had once rented in dense urban neighborhoods acquired the financial means to purchase a home in more suburban developments, where they could be closer to nature and still enjoy an easy commute to work by automobile or public transportation. Census records reveal that sales clerks, teachers, accountants, business owners, gardeners, construction managers, and lawyers, among others, owned kit houses in the city.

Burlington’s location at the junction of two railroad lines, subdivision of large estates and farms for housing, and extension of the streetcar to city limits combined to create the ideal environment for this housing trend. Kit houses, many with a one-car garage, are present throughout Burlington—concentrated in some neighborhoods and scattered through others. Companies such as Sears, Roebuck & Co., Aladdin, Montgomery Ward, and Gordon Van Tine produced annual catalogues that offered a wide range of styles popular at the time. 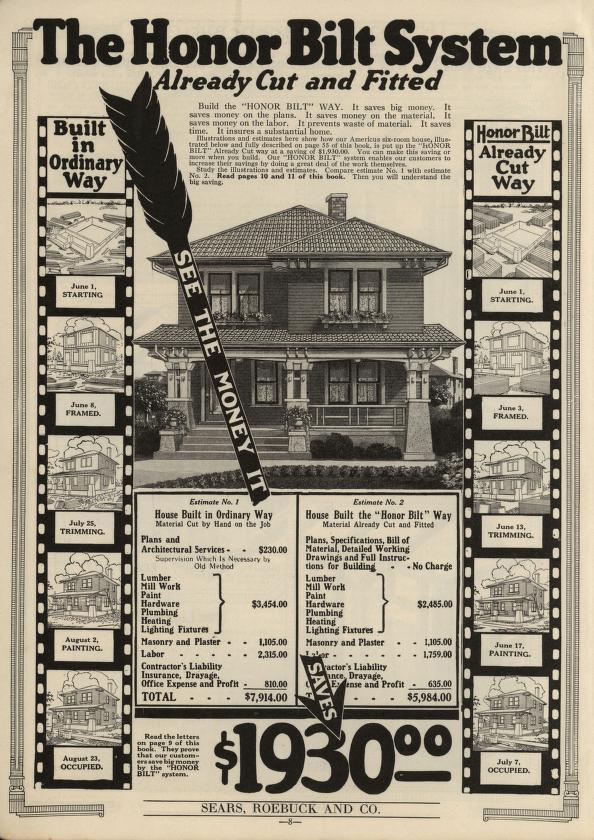 Each house in the catalogue had either a number or a name. The name and a colorful narrative encouraged the concept of the “dream home,” evoking an aspirational lifestyle. The emphasis was on modern design and technological innovations for a middle class family at a scale that did not require a staff of servants to support domestic life. 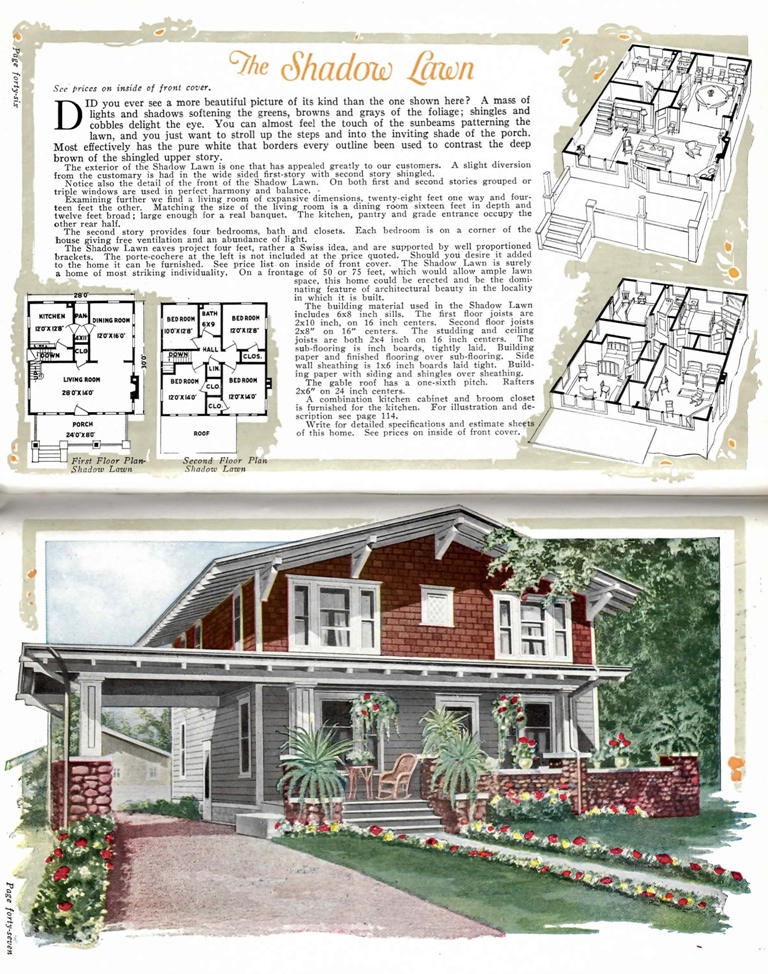 The Shadow Lawn, Aladdin “homes built in a day,” catalogue no. 32, 1919. Courtesy of the Internet Archive. 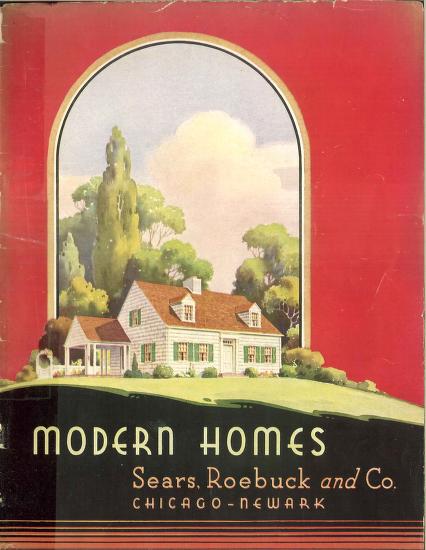 Many kit house companies also provided financing with favorable rates to attract customers. As the middle class grew, it had the financial means to own rather than rent. 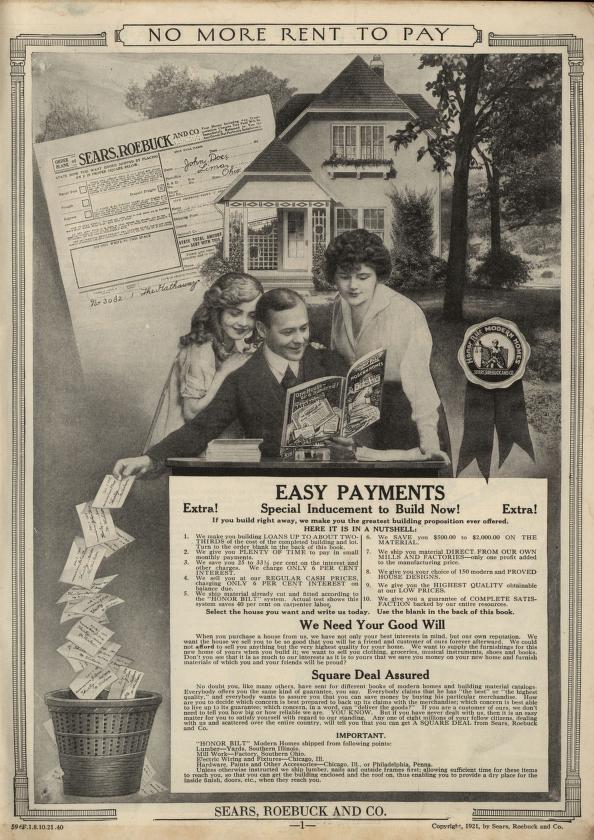 Today’s modular and tiny houses are the next generation of kit houses, marketed in much the same way—affordable, modern, and quick to order and build. Vermod, based in Wilder, Vermont, advertises its houses as durable, affordable, zero energy, and healthy. 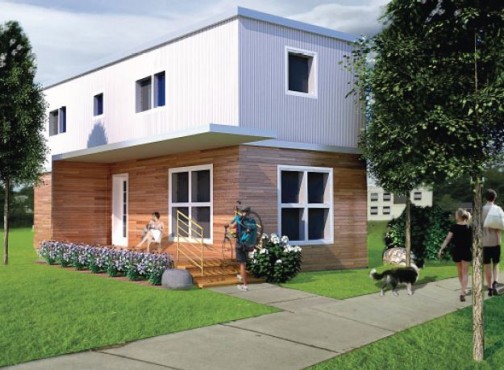