“I don’t know when it clicked,” sixteen-year-old Eric Fila Jr. of Haverhill, Massachusetts, says about coming to the realization that ethnic, racial, and socioeconomic antipathies serve only to squander human capital. “The diversity in Haverhill…it really helped me figure out that it’s not just the material things.” 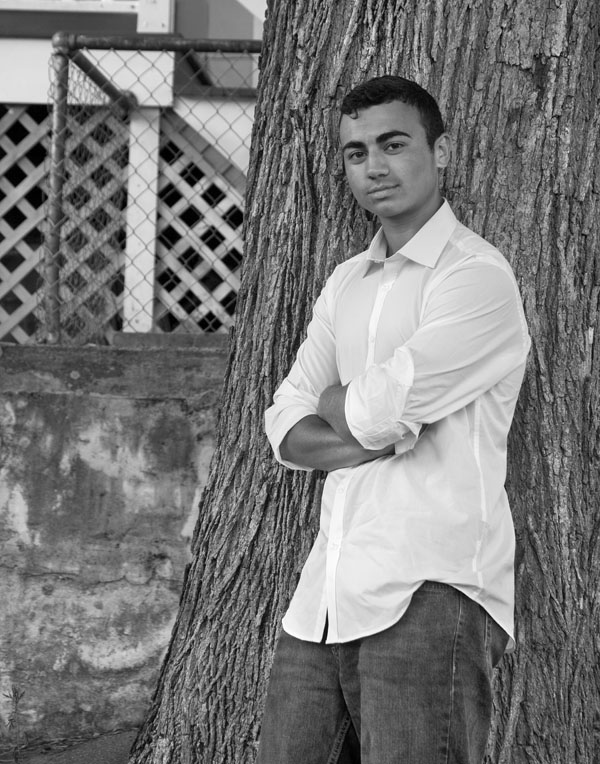 Fila is one of ten Haverhill residents who shared their stories as part of the exhibition We Are Haverhill: Changing Faces of Haverhill’s Neighborhoods. A project in Historic New England’s Everyone’s History series, the exhibition looks at the changing demographics of Haverhill, with emphasis on the late twentieth and early twenty-first centuries. Pairing photographic portraits by Markham Starr with oral histories, the exhibition explores the impact of neighborhoods, as well as the city as a whole, on some of the individuals who live there.

Haverhill is one of the dozens of former industrial communities in Massachusetts known as “gateway cities”—midsize urban centers that once relied on the manufacturing sector and served as anchors regional economies. These communities are discovering new potential and remaking their identities. For nearly a century Haverhill was known as the Queen Slipper City for its vast shoe making industry. Since the industry’s decline the city has struggled to redefine itself. Today, Haverhill is recasting itself through efforts to emphasize culture and arts. By highlighting the city’s key asset—its citizens—We Are Haverhill: Changing Faces of Haverhill’s Neighborhoods is part of that transformation.

Historic New England collaborated with the Buttonwoods Museum, MassDevelopment’s Transformative Development Initiative, and HC Media on We Are Haverhill: Changing Faces of Haverhill’s Neighborhoods. The exhibition premiered in November 2017 at HC Media Studio.

See images and hear audio clips from We Are Haverhill