Overalls to Art at the H.W. Carter & Sons Factory

There was a time in Lebanon, New Hampshire, when the H.W. Carter and Sons factory on Bank Street was a community hub. The locally owned company, established in 1859, employed more than 175 people at its height of operation in the 1920s. From dungarees and overalls, to hunting gear and lab coats, the Carter brand made a national name for itself by delivering sturdy products made from good materials and skilled hands.

The business was family-run for more than a century, first by generations of Carters and then by generations of Jacksons. In 1967 the company was sold out of the family, and eventually its operations were moved south, where labor was cheaper. The factory in Lebanon manufactured its last pair of overalls on Friday, June 28, 1985. Today, those who once made their living at Carter’s can still recall the speed of the machines, the weight of the cloth, and the everyday rhythms of factory work.

The AVA Gallery and Art Center acquired the old factory building in 2003. It now houses studios for local artists, art programs, and gallery space. Historic New England partnered with the AVA Gallery and Community Access Television of the Upper Valley to create a documentary about the history of the H.W. Carter and Sons factory, which includes oral history interviews with former workers. 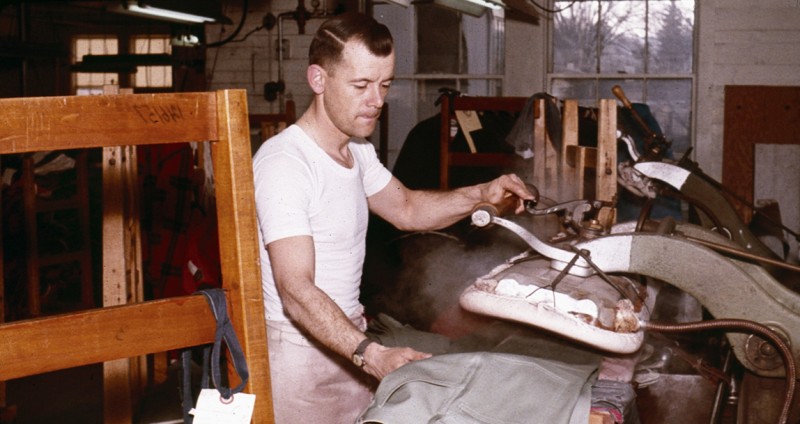 Connecting the Threads: Overalls to Art at the H.W. Carter and Sons Factory premiered at the factory building, now the AVA Gallery and Art Center, on January 13, 2013. This project coincided with the Lebanon stop on the New England tour of The Way We Worked, an exhibition of photographs from the National Archives.

The film also aired on CATV of the Upper Valley. DVDs of the film are available for purchase. Contact us to order yours.

See what Historic New England exhibitions are on view.