Launching of the USS Washington 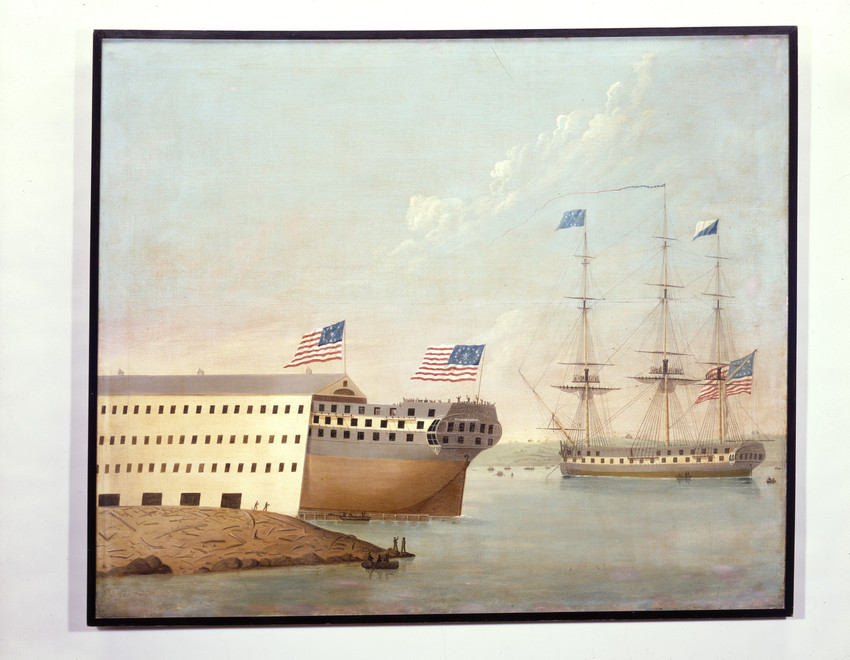 (A) Large, almost square format, view of three-quarter sky and a ship emerging from a shiphouse at Portsmouth, NH, with a second ship and a strip of land in the background. There are also scattered figures in small craft, on land and in boats. Six prominent flags are displayed from the ships. It is in a simple black painted modern frame (B).

In Cherished Possessions, 2003-2005: In the last year of the War of 1812, great huzzahs rang out in Portsmouth, New Hampshire, as the USS Washington slid down wooden stocks and slipped gently into the Piscataqua River. The launching of a large, new ship of the line was the occasion for patriotic celebrations and demonstrations of local pride. One spectator may well have been sixteen-year-old John Samuel Blunt, who apparently made sketches of the scene that he would later use to create his first large oil painting. Three months after the Washington was launched, British and American diplomats signed the Treaty of Ghent, officially ending America's war with Britain.

Hand lettered in white paint in the picture, on the ship's stern is: WASHINGTON [ship's name].