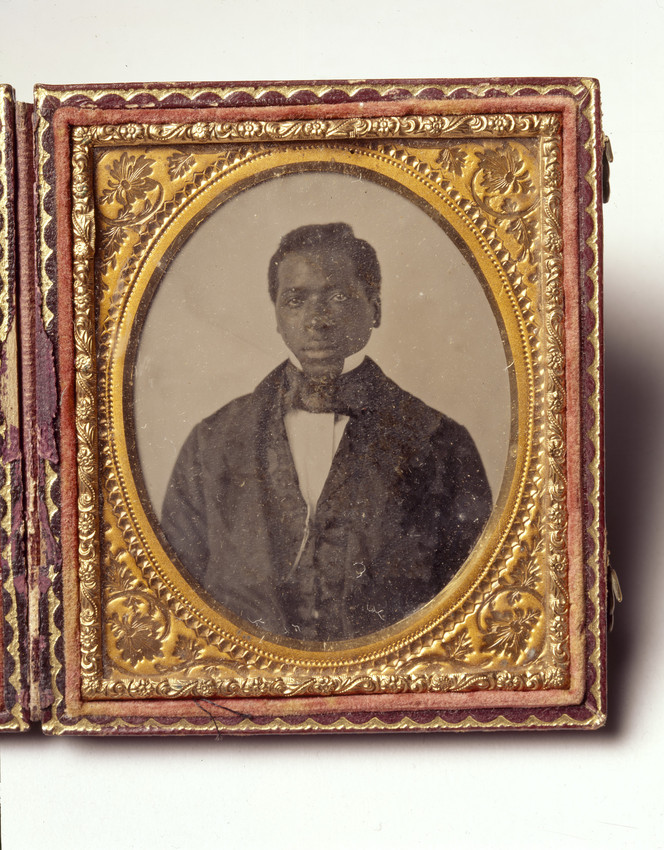 This head-and-shoulder studio portrait of Pedro Tovookan Parris was possibly taken in 1855. Captured in eastern Africa at about the age of ten, Pedro Tovookan Parris was sold to a Portuguese slaver in Zanzibar, and from there transported to Rio de Janeiro on the American brig the Porpoise, captained by Cyrus Libby of Scarborough, Maine. Transporting slaves had long been illegal for Americans, and the sailors on board the ship were disgusted to learn they were participating in the illegal trade. When they arrived in Rio, the sailors turned Libby in to the American consul. Pedro and two other young Africans were taken into custody and transported to Boston where they were to testify at Libby's trial.

The trial took place in Portland, Maine in July, 1845. A year later, Libby was acquitted. In the meantime, Pedro Tovookan Parris lived with the family of Virgil D. Parris, U.S. Marshal for Maine and remained with them for the rest of his life. He learned to read and write and the basics of mathematics, practiced public speaking and ventriloquism, and was solicited to campaign for gubernatorial candidate George Gordon, the former consul to Brazil who had freed him from the slave ship. Pedro Tovookan Parris died of pneumonia on April 10, 1860.