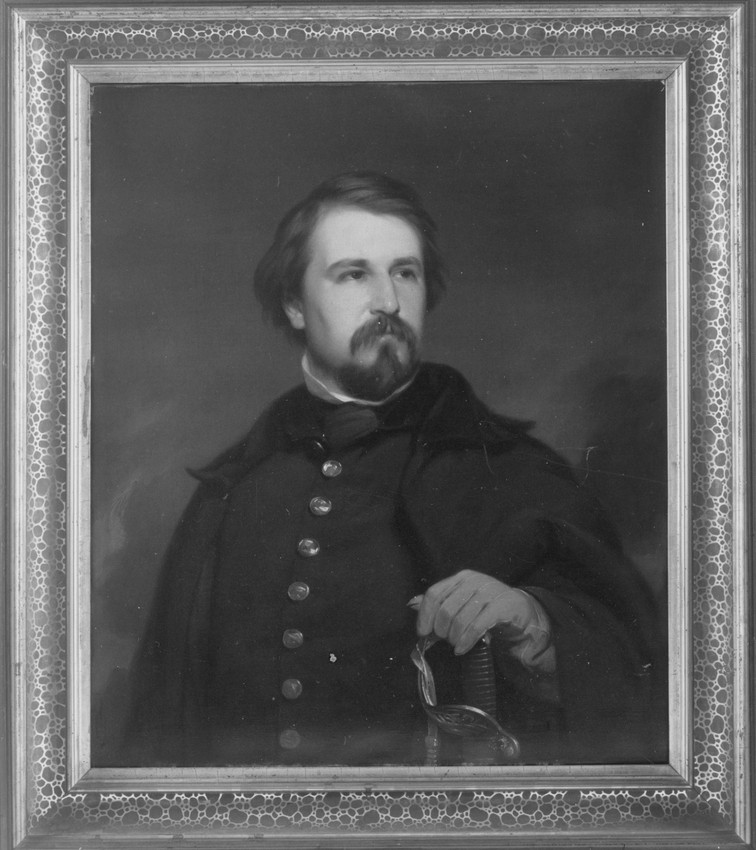 Thomas Lincoln Casey graduated from the Military Academy, West Point, in 1852, first in his class and was appointed a lieutenant in the Corps of Engineers. During the Civil War he was stationed at Fort Monroe on the coast of Maine. In 1878, President Hayes and Congress appointed TLC to complete the construction of the Washington Monument, which, although construction began in 1848, it had been abandoned due to design flaws. TLC redesigned the monument, which included strengthening the base, and Casey himself set the capstone in 1884. The monument was dedicated the following February. By 1888, he had risen to Chief of Engineers and Brigadier General. Among his achievements were overseeing the construction of the State, War, and Navy building.
This portrait was completed in the final year of his posting at West Point.