Explore the White Mountains through the Library and Archives


The White Mountains in New Hampshire and Maine have long been a favorite spot for outdoor enthusiasts, naturalists, tourists, and artists. The mountains are a part of the large Appalachian Mountain range and contain the most rugged terrain in New England. The Historic New England Library and Archives preserves and makes accessible many photographs, postcards, and stereo views of the White Mountains, which give insight into the mountains’ fascinating past.

The mountains were inhabited and visited by Native Americans, particularly the Abenakis, long before the arrival of European colonizers. According to The White Mountains, by Randall H. Bennett, Europeans first entered the region in the seventeenth century; however, the tourism industry in the mountains grew steadily in the antebellum era and then exploded in the years following the Civil War. During this time, families and individuals from Boston, Massachusetts; Portsmouth, New Hampshire; Portland, Maine, and other cities would seek rest and relaxation at one of the White Mountain’s inns or “Grand Hotels.” Photographer Nathaniel L. Stebbins captured this image of the Mount Washington Hotel in Bretton Woods from the Mount Pleasant House. 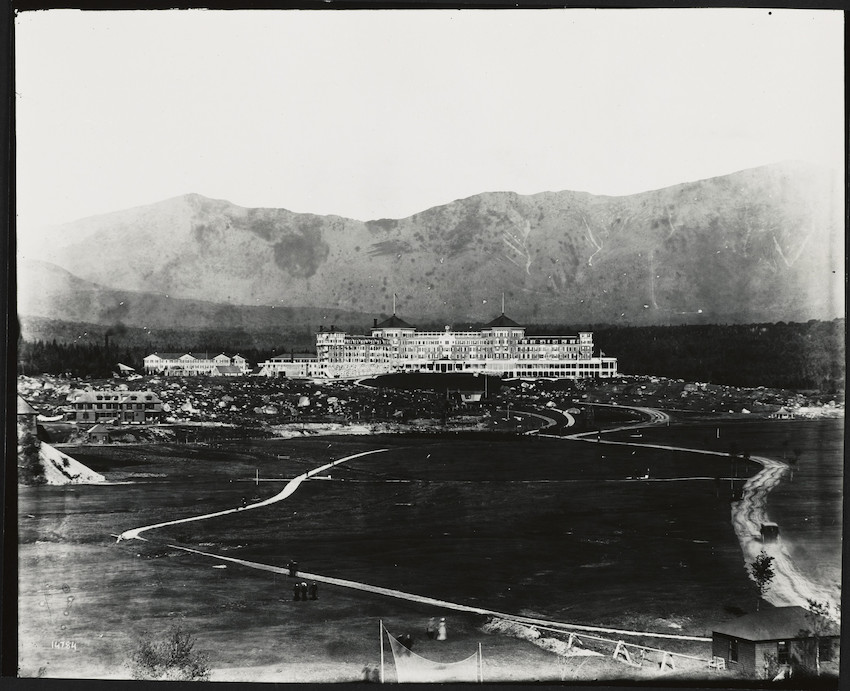 The history of these Grand Hotels is well-documented; however, little is known about those who were employed at the hotels. According to the Museum of the White Mountains, many of the workers were students, teachers, or other individuals looking for seasonal employment. According to Aileen M. Carroll in The Latchstring Was Always Out: A History of Lodging Hospitality and Tourism in Bartlett, New Hampshire, the men employed at these hotels made more than double the amount than women working at the hotels.

For those vacationing in New Hampshire, the Whites provided fantastic hiking, sightseeing and other recreational activities. One of the most popular sites was, and still is, the Flume Gorge, a natural gorge at the base of Mount. Liberty in Lincoln, New Hampshire. 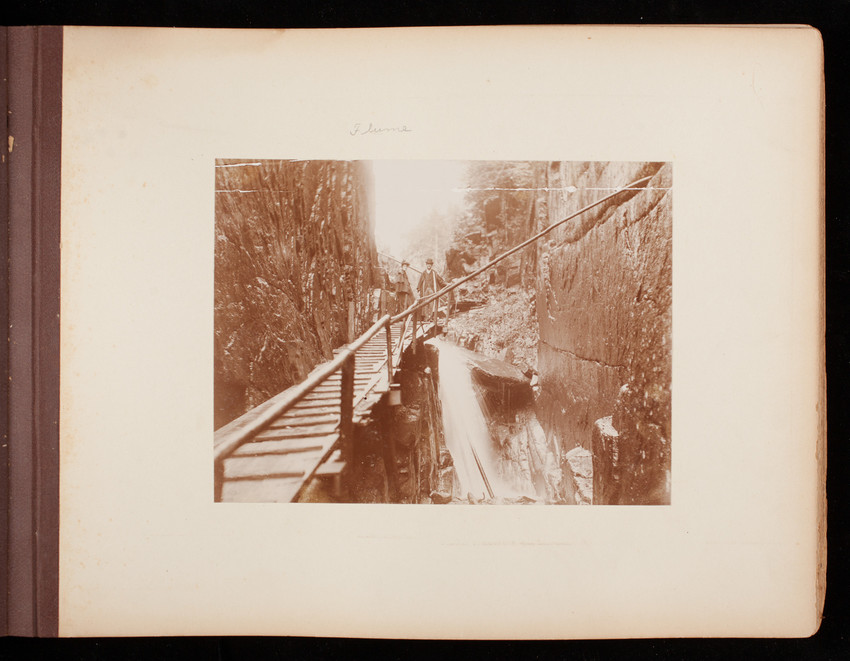 Visitors can also absorb beautiful views from one of New Hampshire’s forty-eight foot peaks all of which are over 4,000 feet. Until, 2003, tourist visited Franconia Notch to look at the rock formation, Old Man of the Mountain, which crashed to the ground fifteen years ago. 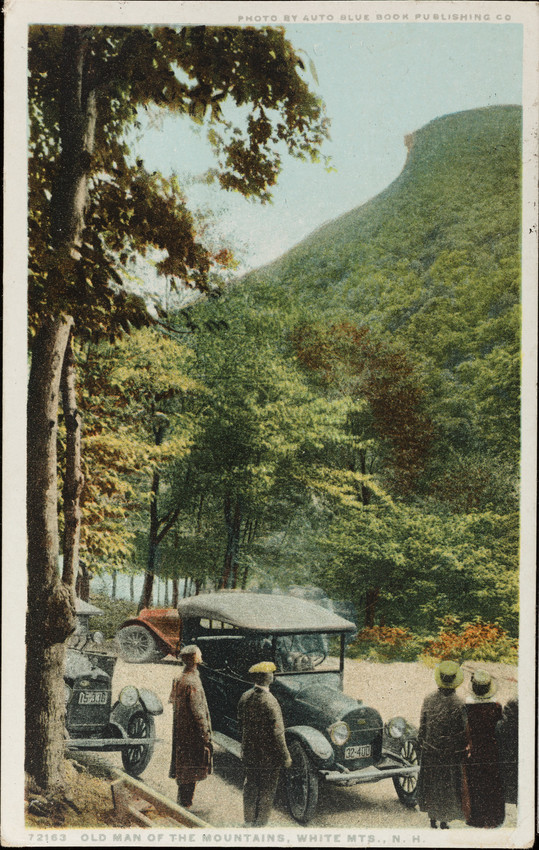 To see more photographs, stereo views, and postcards of the White Mountains, visit the Library and Archives in Boston.