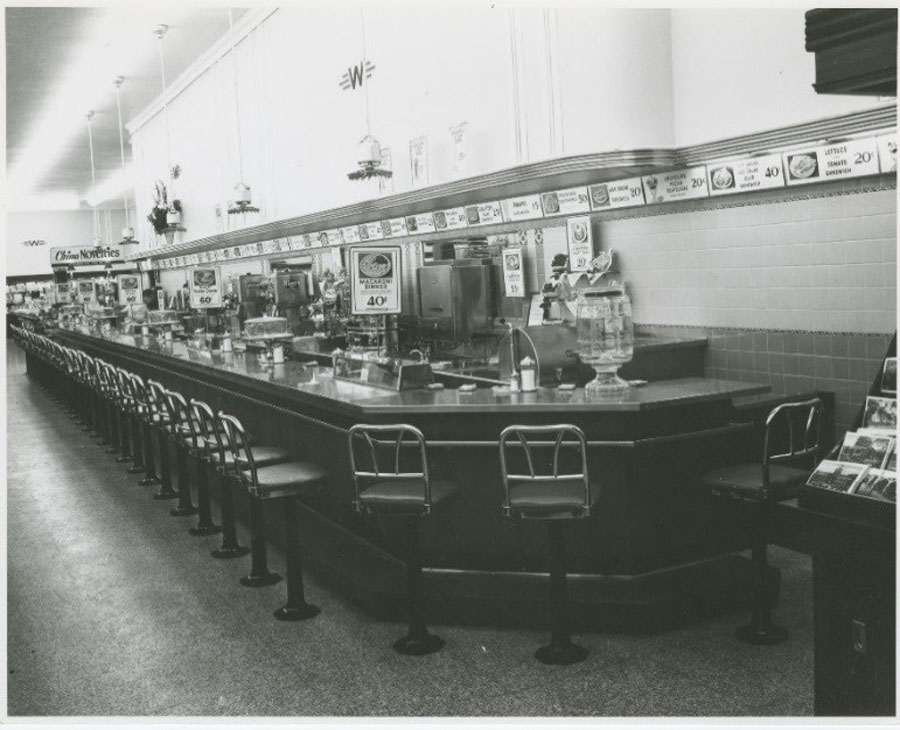 Woolworth’s: Remembering Haverhill’s Shopping District uses the former F.W. Woolworth building in Haverhill, Massachusetts, to explore the vital role that five-and-dimes and other shops played in twentieth-century American downtowns. The premiere drew 130 local residents to Haverhill’s Buttonwoods Museum, which hosted a screening in conjunction with its exhibition Haverhill at Mid-Century.

Historic New England staff partnered with the Buttonwoods Museum, Haverhill Community Television, and Haverhill Public Library‘s Special Collections to complete this project. The city’s longtime residents came together to share their stories of going downtown to shop at Woolworth’s.

“This is a local story that people across America can relate to,” says Ken Turino, Historic New England’s manager of community engagement and exhibitions. “If you grew up in a town or city in the mid-twentieth century, you probably remember going downtown to shop at the five-and-dime.”

The next showing of Woolworth’s is scheduled for Thursday, November 19, at Haverhill Public Library. The film will then air on Haverhill Community Television and stream on the Historic New England YouTube channel.