What’s that flag at Phillips House? 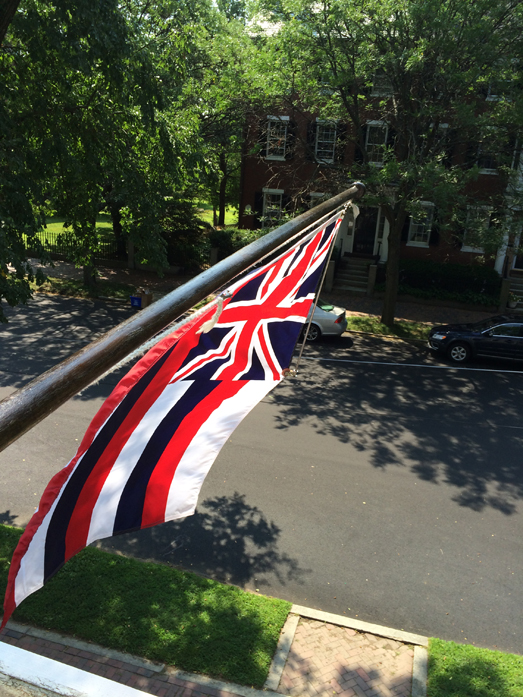 If you’ve strolled down scenic Chestnut Street in Salem, Massachusetts, you may have wondered about the flag that flies outside Historic New England’s Phillips House.

StephenHenry Phillips was the first appointed attorney general to the Kingdom ofHawaii under King Kamehameha V. His son, Stephen Willard Phillips, the ownerof the house at 34 Chestnut Street from 1911 to 1955, was a Hawaiian citizen by birth. Thoughhe naturalized in 1898, the younger Phillips was always proud of his Hawaiian roots. One ofthe many ways he showed this pride was by flying his native flag from Phillips House.

TheHawaiian flag has evolved over the centuries into what Mr. Phillips flew fromthe second floor window. Through the eighteenth century, Kamehameha I flewa British flag through his kingdom. After the War of 1812, a new flag,combining the Union Jack of Britain and the stripes of the United States, wascommissioned. The eight stripes on the flag represent each of the Hawaiianislands.

Historic New England’s Phillips collection includes a number of Hawaiianflags made from a variety of materials through the years, each flown from thewindow in the same way our new flag does today.

Plan your visit to Phillips House.