Claiming a Piece of the American Dream

Despite segregation, African Americans created places to enjoy vacations in New England. Today, Americans can vacation wherever they please, as long as they have the money. For middle-class Black Americans in the mid-1900s, however, this was not the case. Although these teachers, doctors, postal workers, lawyers, and ministers overcame limited career options and could afford vacations, they still could not count on being welcomed in mainstream restaurants or hotels.

Middle-class African Americans vacationed throughout the United States, in places like Sag Harbor, Long Island; Highland Beach, Maryland; and Idlewild, Michigan. In the northeast, New England’s cool oceans, quiet forests, and historic towns drew African Americans as well as whites. Recognizing an opportunity, some entrepreneurs started businesses to serve Black vacationers along the New England coast. In Oak Bluffs, Massachusetts, a historic Black vacation community continued to grow as families bought summer homes. Although racism and discrimination were very much present in New England, African Americans carved out spaces where they did not have to compromise on safety, quality, and comfort.

Research and text by Jacob Barry, master’s candidate, Museum Studies at the Cooperstown Graduate Program, State University of New York at Oneonta. This exhibit was created in partnership with the Black Heritage Trail of New Hampshire as part of Historic New England’s Everyone’s History series.

African American vacationers in New England included doctors, lawyers, and other professionals working in Black communities. Others were civil servants or educators. Most lived in cities and suburbs on the East Coast, from Washington D.C. north, but others came from as far as Chicago or Georgia. These men and women usually began planning their vacations by asking friends and neighbors about good vacation spots.

Numerous inns and guesthouses throughout New England served an African American clientele. Some, like Rock Rest in Kittery and the Cummings’ Guest House in Old Orchard Beach, Maine, were tucked away in predominantly white communities. Others, like Shearer Cottage, were located in the vibrant and historic Black resort community of Oak Bluffs, Martha’s Vineyard, Massachusetts.

African American families had been vacationing there since the mid-nineteenth century and many had purchased their own summer homes. Travelers might also refer to specialized guidebooks like The Negro Motorist Green Book, which listed only “first class” businesses catering to African Americans. A good referral was valuable, because the quality of accommodations at inns was decidedly uneven. The Black proprietors and staff ran Rock Rest, Cummings’ Guest House, and Shearer Cottage professionally, providing guests with clean, comfortable accommodations and meals that rivaled the best hotel dining. Guests returned year after year and often brought friends along with them.

The automobile allowed African Americans to transport their families around the country in relative safety. The Negro Motorist Green Book, published by Victor Green from 1936-66, listed businesses catering to African American clientele, a valuable resource for those traveling in unfamiliar areas.

In 1903, Charles and Henrietta Shearer bought a house in Oak Bluffs and started a laundry service for white vacationers. Nine years later, in response to demand, they opened their house as an inn for African American visitors. Over the years, luminaries like Adam Clayton Powell Jr., Harry T. Burleigh, and Lionel Richie and the Commodores stayed there, and the Cottage became a social center of the Black community in Oak Bluffs. The descendants of the Shearer family still run the cottage today. 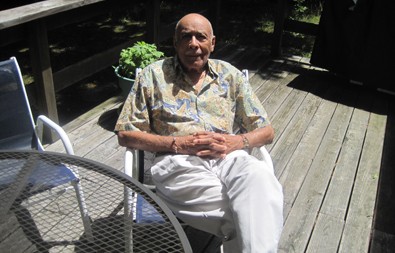 Cee-Jay Jones Jr. came to New York City after serving in the Marines in World War II and got a job with the postal service. Here, he describes his job and how he first discovered Oak Bluffs. After his first trip, he returned every year, rooming with friends and acquaintances. Listen to the clip. 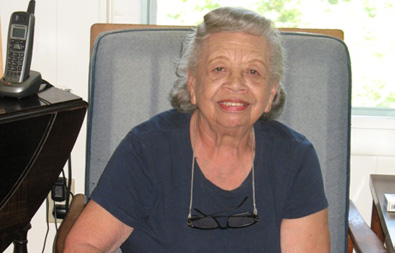 Vera Shorter describes how she and her husband fell in love with Martha’s Vineyard on their first visit. Listen to the clip. 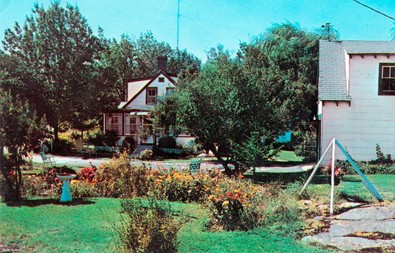 Valerie Cunningham, who worked as a maid at Rock Rest in Kittery, Maine, describes the guests she encountered there and the lasting impressions they made. Listen to the clip. 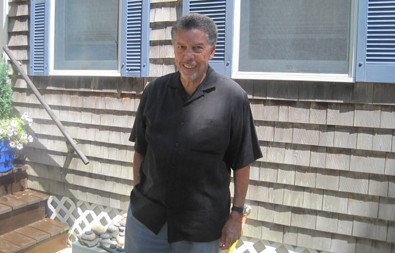 Many Black visitors to Oak Bluffs came to relax, but others came to compete in the annual Labor Day tennis tournament. This event began at the public tennis courts, but grew so large that it had to be moved to courts at local country clubs. Listen to the clip. 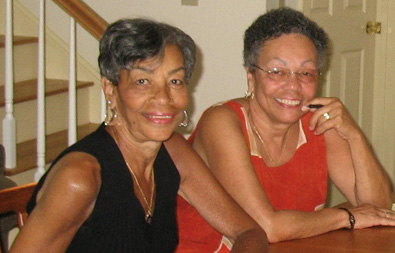 Sisters Jocelyn Walton and Gretchen Coleman-Thomas, who grew up going to Oak Bluffs every summer with their grandmother, describe the activities of a typical day. Listen to the clip.

The social life at Oak Bluffs was small but vibrant. Here, Cee-Jay Jones describes his strategy for finding a good party and what he did once he got there. Listen to the clip.

Community and Activities, Challenges and Successes

Fun and social life at Rock Rest and Oak Bluffs

games, relaxed, and enjoyed the local food. In the resort community of Oak Bluffs, children roamed free and largely unsupervised. For the most part, Black vacationers were able to do what they pleased with minimal restrictions.

For many, the social life at these destinations was a highlight. Visitors like Harriette Evans and Cee-Jay Jones looked forward to reconnecting with friends from up and down the East Coast every summer. At the beach, around the dinner table, or at parties, they shared stories and ideas. Vera Shorter, a vacationer in Oak Bluffs, and Valerie Cunningham, a maid at Rock Rest, both recall that race was a frequent topic of discussion. Vacationers learned about each other’s communities back home, and discussed the issues of the day.

When they weren’t exploring Kittery, York, and Portsmouth, the guests at Rock Rest played horseshoes, croquet, and badminton. In bad weather, they relaxed and read on the porch or played ping pong or cards in the garage. Guests looked forward to mealtimes because Hazel Sinclair, the proprietor, was a superb cook. At the table, guests told each other about life back home, compared what was going on in their communities, and shared perspectives.

Vacationers also formed friendships with the proprietors of the guesthouses. Hazel and Clayton Sinclair welcomed guests like family and got to know them well. They kept up with each other during the off season, and the Sinclairs sometimes visited their guests after closing Rock Rest for the fall.

In New England, segregation was not enforced by law, as it was in the Jim Crow South, but racial discrimination was definitely present. A couple might arrive at a hotel having booked a reservation, only to find that no rooms were available. They were turned away because of their race. When Black travelers entered an unfamiliar business, they never knew whether they would be welcomed or humiliated.

African Americans were also constrained in their choice of leisure activities. Certain beaches were not open to Black people. Blacks were sometimes harassed or attacked, as Gretchen Coleman-Thomas explains in the clip below. These forms of prejudice, both subtle and overt, created a psychological burden that was difficult to throw off.

Some African Americans worked hard and carefully saved money to buy vacation homes so their children and grandchildren could enjoy comfortable vacations. Black entrepreneurs established businesses in response to growing demand. Their stories show the creativity and determination required to overcome the barriers that resulted from racism.

Hazel and Clayton Sinclair met in Kittery when they came as domestic help with white employers who were vacationing there. Hazel, a cook and maid, and Clayton, a chauffeur, decided to marry and stay in Maine. When they bought Rock Rest, it was a run-down house without electricity or running water. Clayton worked for two years to fix up the building. After they opened for business, Hazel worked seven days a week from Memorial Day to Labor Day, cooking, cleaning, and tending to the guests’ needs. Clayton worked full time at the Portsmouth shipyard, and when he got home to Rock Rest, he tended the garden and was the all purpose “fix-it man.” Running Rock Rest was not easy, but it provided the Sinclairs with an independence they would not have had as domestic help.

Places like Oak Bluffs, Rock Rest, and the Cummings’ Guest House became truly special to the people who visited them. Free from the pressures of their life back home, visitors could relax and enjoy the company of friends and family. 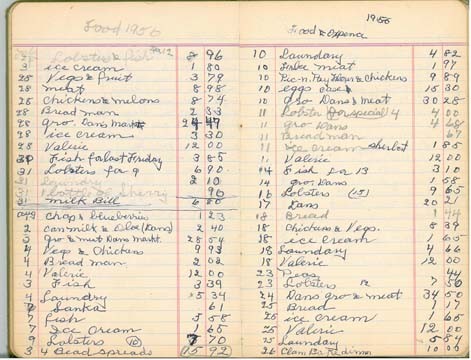 Hazel and Clayton Sinclair Sr., active in their community’s NAACP, were thrilled by the passage of the 1964 Civil Rights Act, which barred businesses from discrimination on the basis of race. They knew, however, that the act would have negative consequences for their own business. Sure enough, visitation declined at establishments like Rock Rest and the Cummings’ Guesthouse. There remained a trickle of loyal visitors who returned year after year, but for the most part, Black vacationers took advantage of the wider variety of options now available. Rock Rest finally closed in 1976.

Oak Bluffs, due to its vibrant community of landowning African Americans, continued to grow as a vacation community and is still a prominent resort for African Americans. Thanks in large part to summer visits by Presidents Clinton and Obama, Oak Bluffs is more well-known and popular than ever.

Travel was not easy for Black Americans in the mid-twentieth century. There was no way to know whether they would be welcomed or turned away at unfamiliar destinations. Nevertheless, middle class African Americans, who had already overcome numerous obstacles, persevered. With determination and creativity, they created a network of places where they could feel at home and enjoy summer in New England.

Shearer Cottage: The Shearer Cottage in Oak Bluffs is still owned and operated by the Shearer Family. Today, guests come from all over the world to enjoy the historic accommodations.