The MacDonald Family: Working the land at the Eustis Estate 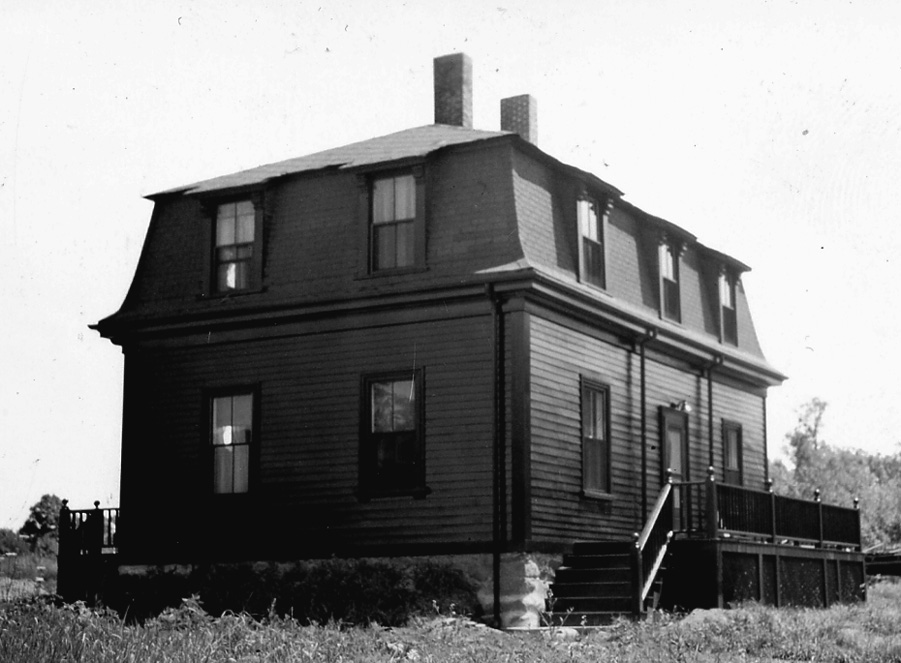 Historic New England is working to transform the 1878 Eustis Estate in Milton, Massachusetts, into a museum and study center opening in 2017. Below, Curatorial and Interpretive Planning Assistant Elyse Werling introduces you to a family with close ties to the property.

By trade, W.E.C. Eustis, the patriarch of the Eustis Estate, was a Harvard-educated mining engineer, but by personal preference he was a country farmer. While W.E.C. was at the helm, the Eustis Estate was a self-sustained farm. Because of this endeavor, he employed a full farm staff, the majority of whom were from the same family.

In the late nineteenth and early twentieth centuries, working on the farm at the Eustis Estate was a family affair as the MacDonald family supplied most of the labor. John G. MacDonald (1854-1922) is first known to have worked on the estate after immigrating to Massachusetts from Prince Edward Island, Canada, around 1878. In 1883 John married a woman named Ellen (Nellie) Flemming (1858-1926) whose brother, Edward (1862-1940), also lived on the estate and was employed as a farm laborer. In 1892 a woman named Anna Eberle (1872-1956) immigrated to Boston from Germany and was hired as a “nurse” at the Eustis Estate. It was here that she met Edward Flemming, and the two married in 1895. Anna’s sister, Caroline (1875-1952), emigrated from Germany in 1894 and took up residence with Anna and Edward on the estate. Caroline served as a cook for the unmarried male laborers on the estate.

John MacDonald’s brother, J. Bernard MacDonald (1870-1928), emigrated from Prince Edward Island to New Hampshire around 1885. In 1895 the recently widowed J. Bernard decided to relocate with his two-year-old daughter to the Eustis Estate. It was there that he met Caroline Eberle and the two married in 1898. J. Bernard and Caroline had eight of their eventual nine children while living on the estate and stayed there until around 1912, when they moved to Dorchester.

In the 1900 U.S. census J. Bernard is listed as the estate florist and John as the farm foreman. By 1910 J. Bernard is listed as a gardener. John moved off the estate around 1912 but was listed in the Milton directory as a gardener as late as 1921; he passed away in 1922. Interestingly, three of their brothers-in-law worked at the estate over time as well. James Gilles, John Kelley, and Frank Maloney were all married to sisters of John and J. Bernard MacDonald and spent time as laborers on the Eustis Estate. Paulinus MacDonald, brother to John and J. Bernard, boarded with J. Bernard and Caroline in 1900 and is listed on that year’s census as a farm laborer. It is also reported that Daniel MacDonald, father of the MacDonald clan, worked on the estate for several winters in the 1890s.

While others who weren’t MacDonald relatives were employed at the estate, the MacDonald family certainly dominated in both numbers and longevity.

Learn more about what it was like to live and work at the Eustis Estate when the museum opens in 2017.

Special thanks to Daniel MacDonald and Karolyn Fredette for their assistance in researching the MacDonald Family.