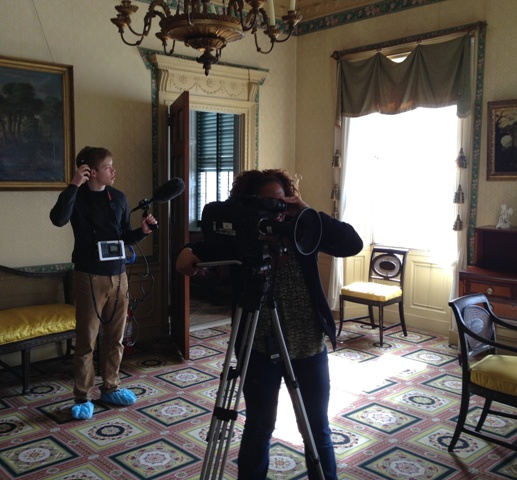 Harvard undergraduates Bri Belser and Will Vankoughnett recently shot footage at Otis House in Boston for an upcoming project focusing on the MBTA Blue Line, which originates at the Wonderland station in Revere and terminates at the Bowdoin stop near Otis House.

Bowdoin station opened for service on March 18, 1916, as the terminus of the East Boston Tunnel, connecting Beacon Hill to Maverick Square. Along with Government Center, it replaced Court Street Station as the turnaround point for trolley cars from East Boston. The line was converted to heavy rail metro cars in 1925, and the loop has been a tight fit for rapid transit cars ever since. Bowdoin is slated to be closed once a renovation to the Government Center stop is complete.

Otis House is open for tours all year long. Plan your visit.