What does your family treasure?

Historic New England’s collections contain countless family treasures. Whether a rare piece of eighteenth-century furniture or a well-worn teddy bear, these objects were saved by generations of people because of the special meaning that they held. Discover the stories behind some of our family treasures and learn ways to record your own. 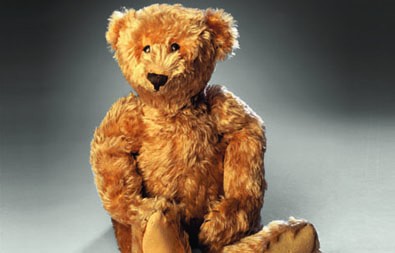 Susan Norton got this teddy bear in 1906 when she was only four years old. As a little girl, she took it with her on family trips and posed with it for photographs. More than eighty years later, she still had her teddy bear, kept carefully as one of her family treasures.

Favorite toys can remind us of the people who gave them to us and all the tim we spent as children playing with them. What are some of your favorite toys? 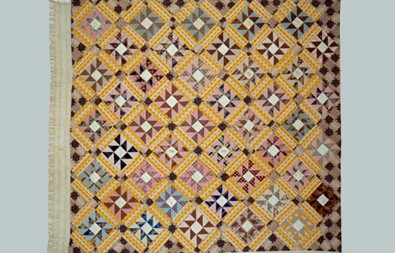 Friends and relatives of Olive Farnsworth made this quilt for her in 1849. On each block they wrote their names, the date, and the towns where they lived: Brookline and Nashua, New Hampshire. A quilt like this took a great deal of work and was a very special present. Olive certainly treasured it throughout her life as a reminder of her friends and family. 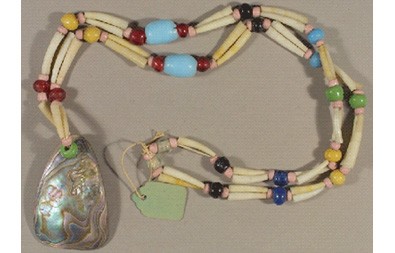 Margaret Duncan Phillips bought this necklace as a souvenir on one of her two trips to Hawaii. In the 1870s she went with her sister Rebecca. On that trip she met her future husband Stephen Henry Phillips for the first time. In the 1920s she went back with her son.

Jewelry has a special place among family treasures. Sometimes it reminds us of the person who gave it to us, maybe for a birthday present. Other times it marks an important event in our lives, like a high school class or engagement ring. This necklace was part of Margaret Duncan Phillips’ memory of two special trips to Hawaii.

Does anyone in your family have a special piece of jewelry? Where did they get it? 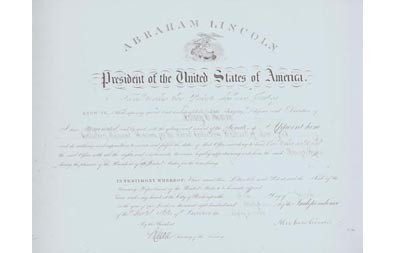 Proudly hanging on the wall at Historic New England’s Roseland Cottage in Woodstock, Connecticut, is a framed document signed by Abraham Lincoln. In 1863, Abraham Lincoln appointed Henry C. Bowen to the position of Collector of Internal Revenue for the Third Collection District of New York. Lincoln did this to thank Bowen for the part he played in helping Lincoln win the election of 1860. That year, Bowen and five others arranged for Abraham Lincoln to travel to New York and give the speech that is now known as the Cooper Union Address. Lincoln acknowledged that this speech made him and his viewpoints known throughout the East and played an important role in his election.

Has your family ever had a close encounter with fame? Do you have any famous autographs? 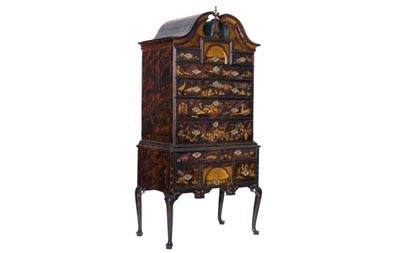 As a young merchant, Josiah Quincy made a fortune when one of his ships captured a Spanish ship loaded with gold and silver. He bought this fashionable and expensive high chest first for his home in Boston, and then moved it out to his country estate in Braintree, now Quincy, Massachusetts. The house was consumed by fire in 1759, but this chest was saved. Josiah Quincy rebuilt, but just ten years later fire destroyed his second house. Again, the chest was saved. In 1770 Quincy’s third house was built and the high chest was moved into one of the bedchambers. The house is now Historic New England’s Quincy House museum.

After Josiah Quincy’s death the chest was passed down to his descendants. Josiah’s great-granddaughter, Eliza Susan Quincy, wrote the remarkable story of the chest’s survival on a small paper label which she pasted inside one of the chest’s drawer. The high chest has been a treasured family piece for more than 250 years as a reminder of its highly unlikely story.

Has your family had any unusual experiences? 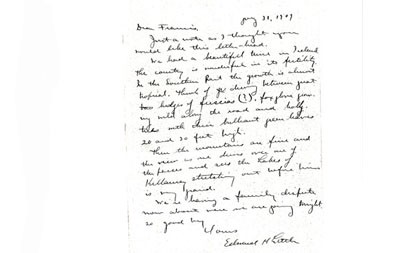 Family Treasures: In Their Own Words

While we can never speak with the people who have come before us, occasionally we are lucky enough to have traces of them speaking in their own words. Letters, diaries, postcards, and more recently video and sound recordings are very special family treasures. Shown here is a letter that Edward Little sent to his niece Frances Eliza Little, while he was in Ireland in 1909. Try to read the original before looking at the transcription below.

Transcription:
July 31, 1909
Dear Frances,
Just a note as I thought you would like this letter-head.
We had a beautiful time in Ireland. The country is wonderful in its fertility. In the Southern part the growth is almost tropical. Think of us driving between great hedges of fuscias (?) [sic], foxglove growing wild along the road and holly trees with their brilliant green leaves 20 and 30 feet high.
Then the mountains are fine and the view as one drives over all of the passes and all the Lakes of Killarney stretching out before him is very grand.
We’re having a family dispute now about where we are going tonight so good by
Yours
Edward H. Little

Do you have any letters or cards that remind you of someone who lives far away or maybe someone who has passed away?