What can we learn from a person’s portrait?

Old portraits have a special power. Candid photographs capture a moment in time. Posed photographs and paintings tell us something about how the subjects saw themselves and wanted to be seen by others. Learn how to analyze an old portrait and how to create your own family and self-portraits. 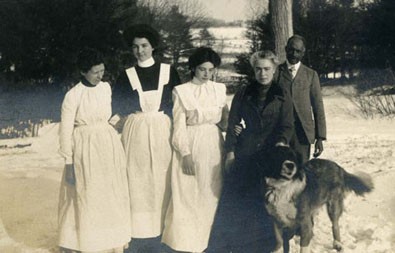 They were all servants at the Codman Estate. The three women on the left are wearing uniforms. They were probably cooks and servants who had a variety of duties like serving meals. The woman farthest to the right is Marie Reine Lucas. The Codmans hired her as a nurse for their children when they were living in France, and she moved with them when they returned to the United States. The man is Watson Tyler. He came to the United States from Canada in 1870 and worked as the Codmans’ driver for at least twenty-five years. 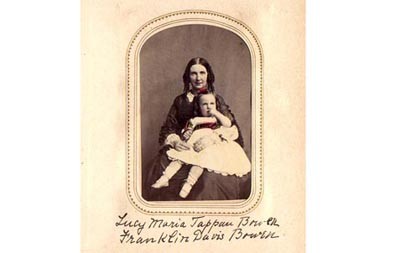 In 1862 Henry and Lucy Bowen had portrait photographs taken of the whole family. Lucy is shown here with her youngest son, Franklin Davis Bowen. Portrait photographs like this one became very popular beginning in the 1850s. Like today, people visited studios where a professional photographer had a variety of backdrops and props. The sitter might choose a particular backdrop or prop to convey a certain image, for example books on a table could show that the sitter was scholarly.

Franklin was only two years old in 1862. What do you notice about his clothes? At that time little boys and girls both wore dresses and had their hair done in long curls with ribbons. 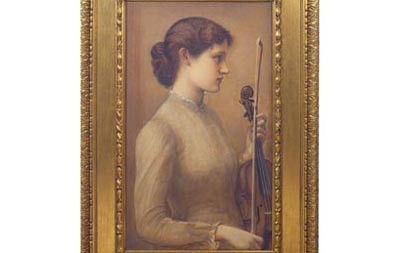 Sara Norton was only nineteen years old in 1884 when a family friend, Edward Burne-Jones, painted this portrait of her. Can you tell what one of Sara’s favorite hobbies was? She started taking violin lessons when she was only seven years old.

Do you have a musical instrument, football, or other object that would tell people about your favorite activity? 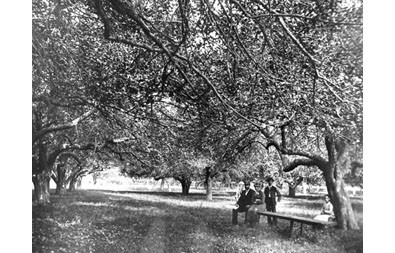 Harry Weir Casey took this photo of his parents and brother in the 1870s. He captured them in the orchard on the farm that the family had owned in Saunderstown, Rhode Island, since 1702. Today it is owned and operated by Historic New England, and known as Casey Farm.

The growth of photography as a hobby during Harry’s lifetime meant that more people could take candid family portraits like this one, rather than rely on formal portraits taken in studios. For Harry and his family the farm was a summer retreat, a special place that held personal childhood memories and reminders of the family’s long history.

How did Harry try to convey this in the photograph? 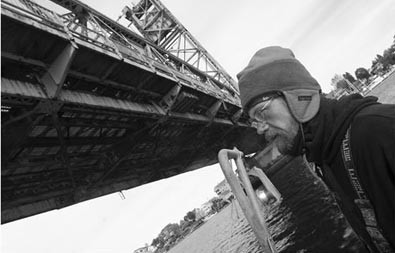 In the fall of 2009, Jeremy Heflin took this photograph of Michael Pawluk. Look carefully at the background and Michael’s clothes. What kind of work do you think he does?

Answer: Michael is a lobsterman, shown here navigating his boat, The Prospector, up the Piscataqua River in New Hampshire. 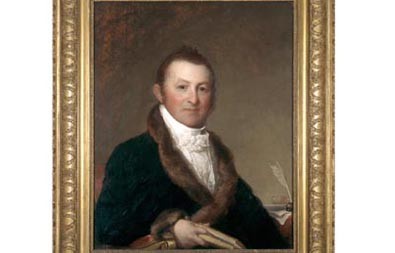 Harrison Gray Otis had this portrait painted in 1809. At forty-four years old, he was a successful lawyer, businessman, and politician. He wanted his portrait to say something about him. What do you think he is trying to say with his portrait? Look at all the details: his clothes and the items on the desk.

His jacket is edged in fur, and he’s wearing a very fancy lace tie, called a cravat. They tell us that Harry was wealthy, and they also tell us that he knew what was in style. Harry was a fashionable gentleman.

On the table he has a book, a feather pen, and some papers. He wants us to know that he is very well educated. Not everyone knew how to read and write in the early 1800s, and even many people who did only knew the very basics. Harry went to Boston Latin School and then to Harvard University.