The program creates partnerships between property owners and Historic New England to preserve the historic character of interior, exterior, and/or landscape features. By donating an easement, an owner entrusts Historic New England with the responsibility of working to protect these elements from alteration or neglect. Now in its fourth decade, the Preservation Easement Program is a national model for preserving architecturally significant, privately owned properties. 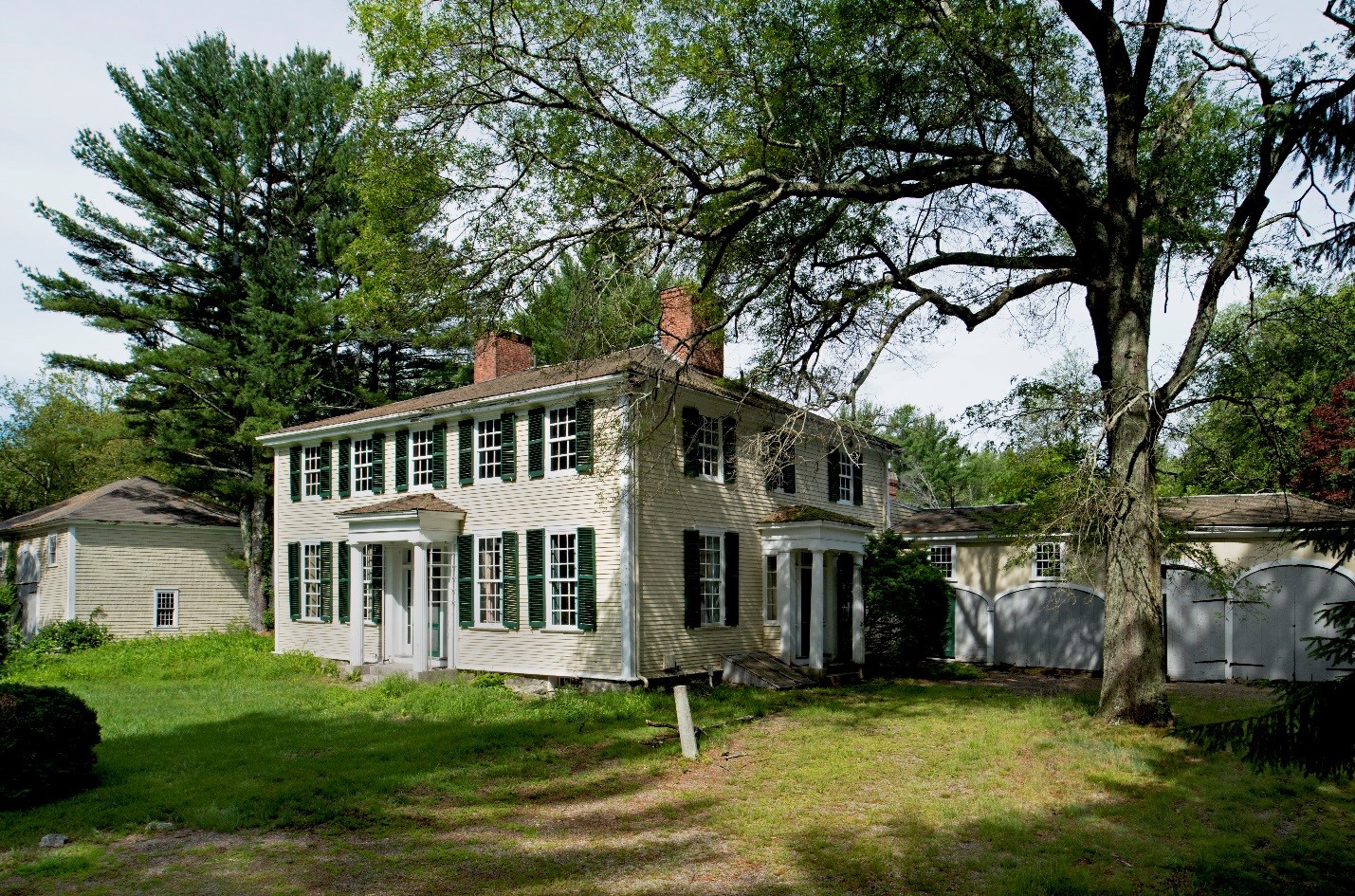 Osgood House is a wonderful example of Georgian-style architecture. It is the fourth privately owned structure in North Andover to benefit from Historic New England easement protection. Among the protected features are eighteenth-century interior paneled woodwork, evidence of decorative painting, early plaster, door hardware, and a reused seventeenth-century summer beam in the cellar.

The house takes its name from the son of the builder, Samuel Osgood, an important early American statesman. He led a company of minutemen into the Battle of Lexington and Concord, served in the Massachusetts and New York State Legislatures, represented Massachusetts in the Continental Congress, and was the first Postmaster General of the United States, serving during George Washington’s first term.

Thanks to a collaboration between Historic New England and the Town of Middleborough, the municipal owner, this house will be protected in perpetuity as the ninety-ninth property in the easement program. This is the second property to enter the program as a condition of a town’s use of funds under Massachusetts’ innovative Community Preservation Act (CPA) legislation.

Following its purchase of the late Georgian/early Federal-style Oliver House using CPA funds, Middleborough was obliged to protect the property with an easement held by an independent entity. The town looked to Historic New England to protect the site, including its original carriage shed and barn, historic stone walls, and a Colonial Revival garden, as well as interior plaster, woodwork, mantels, hardware, and flooring. The property’s association with Peter Oliver Jr., a prominent Loyalist and Chief Justice of the Massachusetts Bay Colony’s Superior Court, gave it special significance. The house hosted such visitors as Governor Thomas Hutchinson and Benjamin Franklin before it was confiscated as abandoned Tory property when Oliver returned to Britain during the American Revolution.

The CPA enables communities to enact a local property tax surcharge, matched by state funds, to support historic preservation, open space protection, and recreational uses, all of which will be accomplished at Oliver House. The Town of Bridgewater, Massachusetts, donated a similar CPA-generated easement to Historic New England for Keith House in 2014.

These two most recent easement donations completed a busy and productive year in which five properties entered the Preservation Easement Program. Historic New England enjoys a strong reputation for running one of the best managed and most effective easement programs in the country.