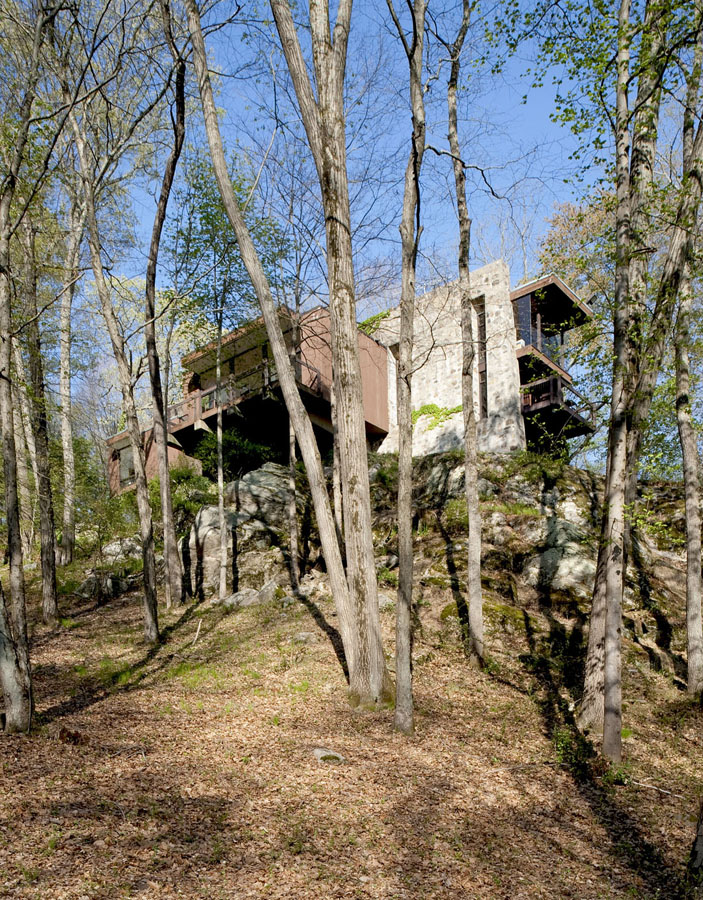 The house was designed by the prominent architect Eliot Noyes (1910-1977) in 1966 and is recognized as one of his most dramatic and sculptural houses.

The preservation easement was donated by Mr. Graham, who commissioned the design and construction of the house and remains committed to its preservation. The easement permanently protects the exterior, important interior features, and nearly ten acres of its impressive and dramatic natural setting.

The Graham House was listed on the National Register of Historic Places in 2011 in recognition of its importance as an intact example of Noyes’ work, and as the culmination of a series of related house designs by Noyes known as “wall-houses,” where two large walls create a center corridor, like a street, and form adjacent living spaces and a courtyard.

The house is one of eighty-four privately owned properties, including three other mid-century Modern houses, protected by preservation easements from Historic New England.