“If it were March of 1936, you would be swimming, as the Merrimack reached peak flood levels that year during the Great Flood of 1936.”

So begins a tale about the diluvial disaster of more than eight decades ago in Haverhill, Massachusetts, as you make your way along the Bradford Rail Trail while listening to the smartphone app Chugging through Haverhill’s History.

The result of a collaborative project between Historic New England and Friends of the Bradford Rail Trail, Chugging through Haverhill’s History delivers stories and fascinating facts that encapsulate larger themes such as immigration, industry, and economics. The tour highlights the importance of the Merrimack River to users as they walk or bike the half-mile path located between the Basiliere and the Comeau bridges. 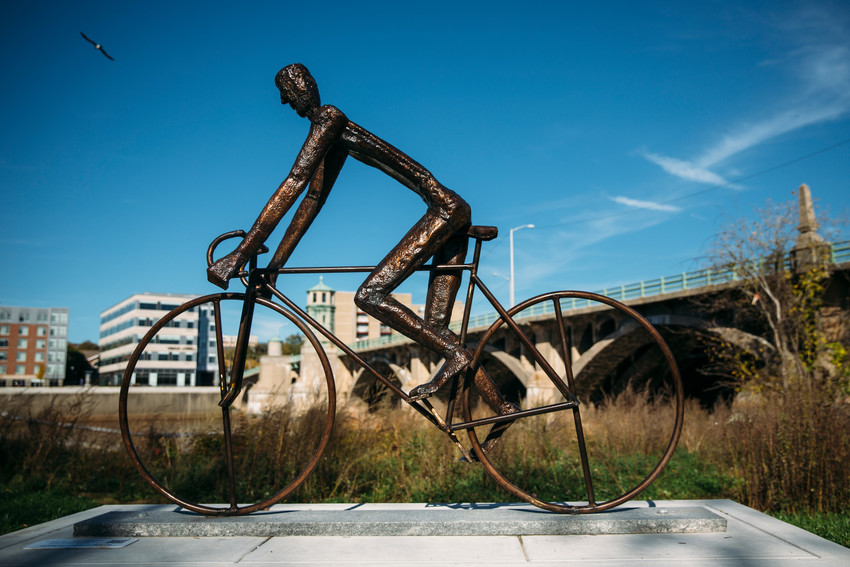 Haverhill was founded in 1640 along the banks of the Merrimack. The Penacook Native Americans who lived in the area called the site Pentucket, which means “place of the winding river.”

The Merrimack River was a key travel and trade route in the early days of Haverhill. The settlement grew quickly, stimulated by the fishing and milling industries. In addition, shipbuilding, tanneries, and shoe factories thrived along the river. The city’s center grew up around the waterway and the principal thoroughfare that was named after it—Merrimack Street, the site of Haverhill’s largest concentration of commercial and municipal activity.

By 1837 the railroad came to town, further boosting the city’s growth. Industry took off quickly as small in-home shoe shops gave way to larger consolidated factories, propelling Haverhill to the status of Queen Slipper City. By the 1850s, the city had established itself as a footwear mecca, with more than 100 shoemaking or shoe-related manufactories. With this industrialization came the need for more workers, and they came from all over: Armenia, Greece, Ireland, Italy, and, Poland, to name a few places. Haverhill’s population skyrocketed, spurred by the economic success of factories through World War I. After the war and into the 1960s, a number of factors influenced the decline and eventual collapse of Haverhill’s shoemaking industry. It took a toll on the city, as it did on many others in the region. 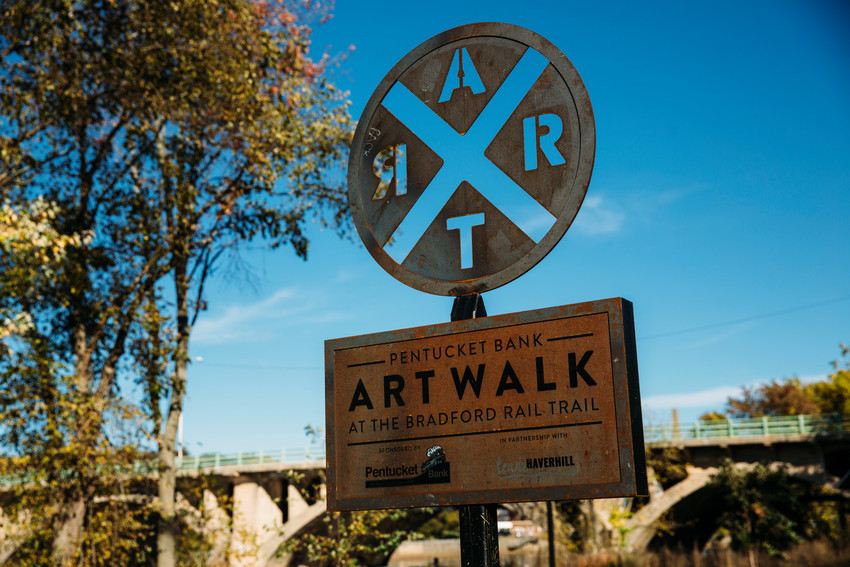 Today, Haverhill is one of twenty-six gateway cities in Massachusetts: midsize urban centers that once relied on the manufacturing sector and served as anchors for regional economies. These cities now grapple with persistent economic and social challenges, though they are recognized as having numerous assets and a great deal of yet-to-be-tapped potential.

One such asset in Haverhill is the Bradford Rail Trail. In 2008 the city purchased an abandoned railroad bed from Pan Am Railways with a state grant and a donation from the Greater Haverhill Foundation. The trail was developed by the city and the all-volunteer Friends of the Bradford Rail Trail. Officially opened in spring 2017, the trail has a paved path, benches, lights, and safety cameras and call boxes. It also has an Art Walk featuring contemporary works (a mural and five sculptures), a stunning view of the mighty Merrimack River, and the self-guided audio tour.

The audio tour uses a travel guide app called izi.travel. Trail visitors can download the app to their mobile devices before the tour (this is necessary for devices without cellular plans, such as tablets). For devices with cellular plans, visitors can stream the GPS-enabled tour. The app features historical images of the trail in addition to audio.

Listen to the tour