Originally known as Decoration Day, and popularized in the years following the Civil War, Memorial Day is a federal holiday that honors men and women who sacrificed their lives as members of the United States military. One of America’s most celebrated infantries, the Massachusetts Fifty-Fourth Regiment, originated in Boston, Massachusetts, during the American Civil War. 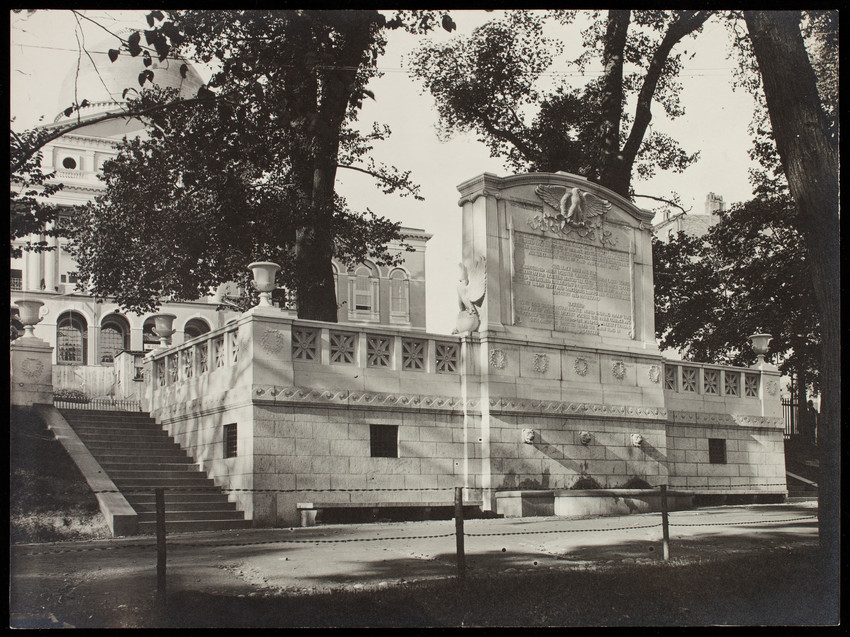 The Fifty-Fourth Massachusetts Volunteer Infantry Regiment was the first official military unit comprising black soldiers, who began their service in 1863. It was commanded by twenty-five-year-old Robert Gould Shaw. Before the creation of this regiment, northern racist sentiments kept African Americans from fighting for the Union. When commissioned into the military, black soldiers received less pay than their white counterparts and faced other acts of discrimination. The Fifty-Fourth Regiment became famous following the attack on Fort Wagner, South Carolina, on July 18, 1863. The Regiment’s heroic actions were popularized in the 1989 film Glory. During the attack, seventy-four enlisted men and three officers, including Shaw, were killed.

In 1865, Joshua Benton Smith, an African American businessman, called for a memorial to the Fifty-Fourth Regiment. However, it was not until 1883 when famed sculptor Augustus Saint-Gaudens was commissioned to design a monument to Colonel Shaw and the Fifty-Fourth Regiment. Two of Shaw’s nephews unveiled the memorial on Decoration Day, May 31, 1897, during a festive event celebrating Shaw and the regiment. Historic New England’s Library and Archives has a copy of Exercises at the Dedication of the Monument to Colonel Robert Gould Shaw and the Fifty-Fourth Regiment of Massachusetts Infantry, which was published by the Order of the City Council of Boston in 1897. The book has schedules of events, images of the memorial, and transcriptions of speeches given during the Decoration Day celebration. 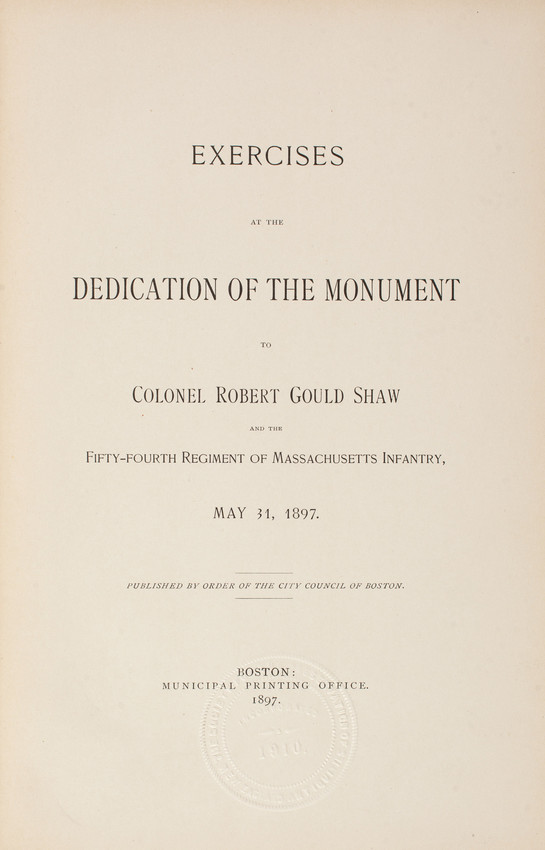 Exercises at the Dedication of the Monument to Colonel Robert Gould Shaw and the Fifty-Fourth Regiment of Massachusetts Infantry, 1897

However, as one might notice looking at the early twentieth-century photograph above by the Halliday Historic Photograph Co., a crucial aspect of the monument is missing. The names of sixty-two black soldiers who died during the assault on Fort Wagner are absent. In fact, these names were not etched on the memorial until 1982.  In 1981, the Friends of the Public Garden commissioned the conservation department of Harvard’s Fogg Museum to study the sculptures in the Boston Public Garden and Common. The study found that the Shaw Memorial was in danger of collapse. While raising money to restore the Memorial, the Friends of the Public Garden also campaigned to add the names of the sixty-two black soldiers who died in the regiment. Almost a century had passed before these soldiers were given the full recognition and honor.