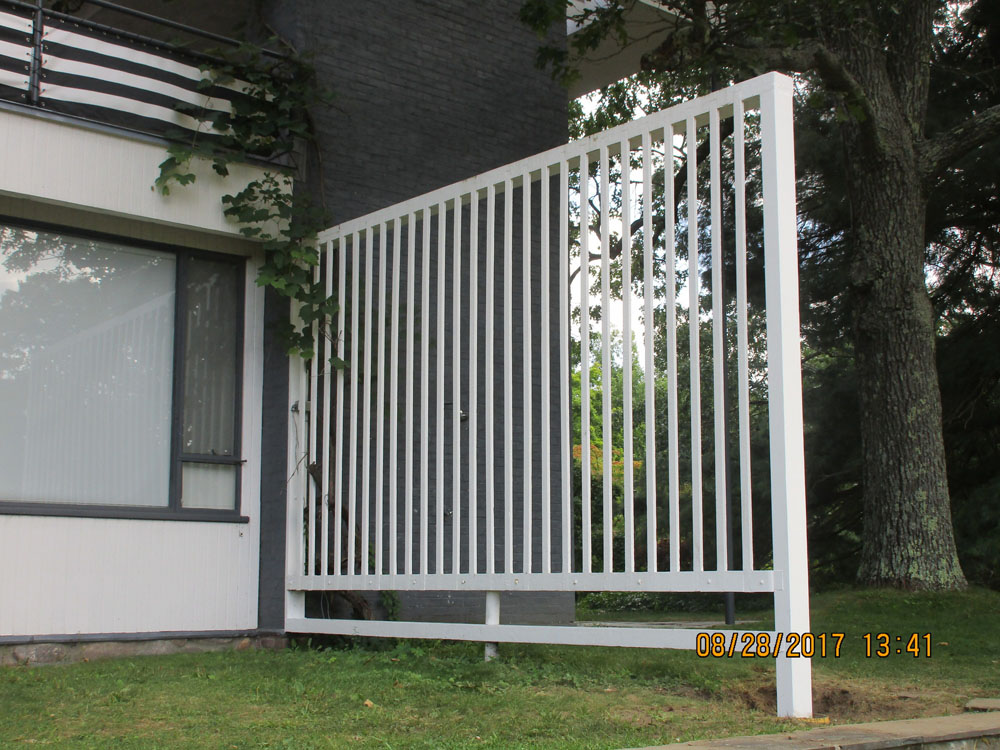 “In-kind replacement” means that we repair using currently existing materials, even if those materials differ from the ones used when the house was originally built.

The east trellis, which you see as you approach Gropius House from the driveway, received a new post and caps. The west trellis, however, required more significant work. The existing concrete footing was extracted and a new one poured. We replaced its post in kind and repaired the bottom rails. 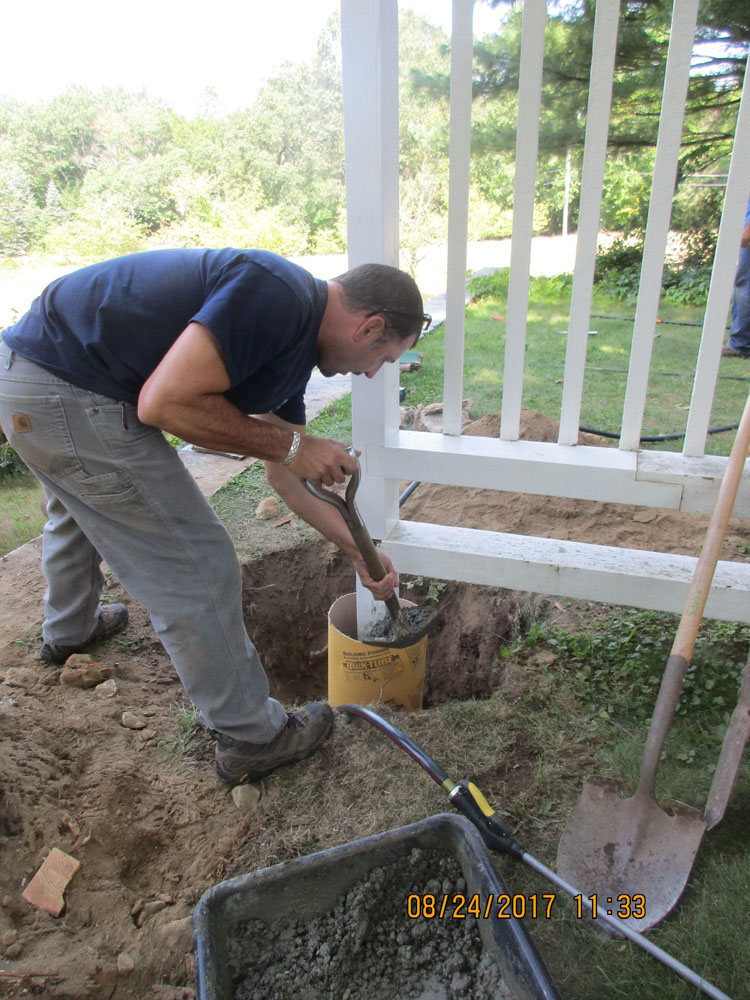 Like much of the woodwork at Gropius House, the west trellis was originally built with redwood. At some point the post was replaced and the species was changed from redwood to fir. For this repair we replaced the post in kind, using fir. 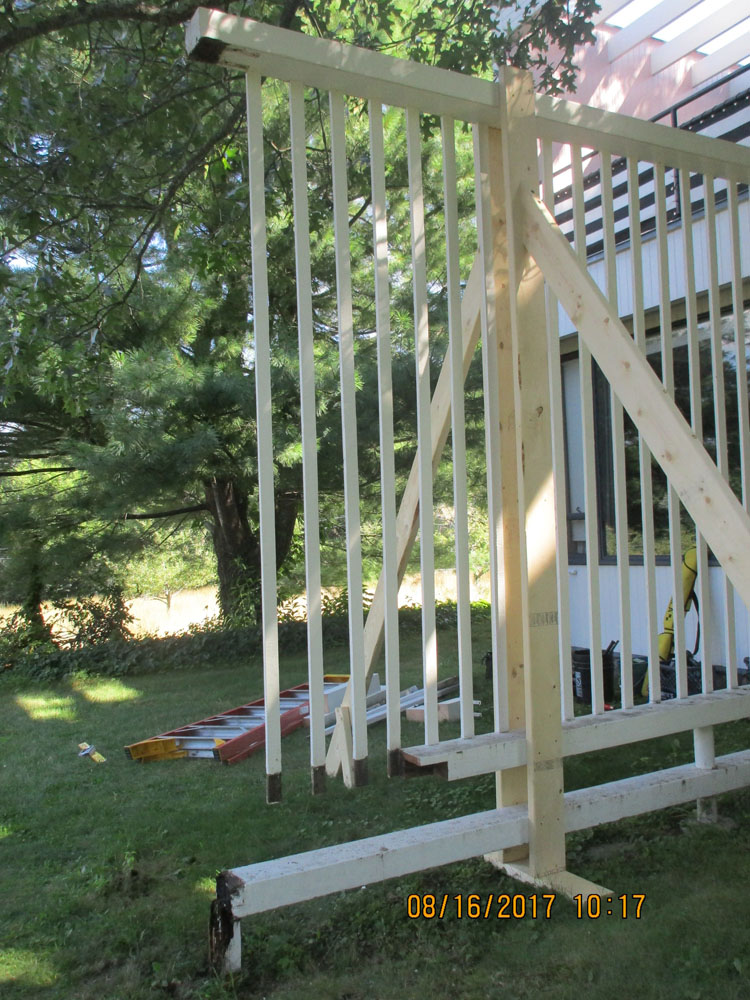 For more information on in-kind replacement, please read our white paper on the topic.

In preparation for the 100th anniversary of the founding of the Bauhaus, coming up in 2019, we will continue our restoration efforts at this exceptional property.