Keeping It in the Family, Part 2: W.R. Emerson and the Hemenway and Eustis Families

Historic New England is working to transform the 1878 Eustis Estate in Milton, Massachusetts, into a museum and study center opening in 2017. Below, Curatorial and Interpretive Planning Assistant Elyse Werling presents a closer look at the property’s architect, who had a major influence in New England.

William Ralph Emerson designed homes for clients throughout the country, but his works were most prominent in the New England states. Emerson’s success can not only be measured by the sheer number of commissions he was given, but also by the way in which he was often adopted as a family architect. It is especially true with the Eustis and Hemenway families, who commissioned a total of five known residences from Emerson. 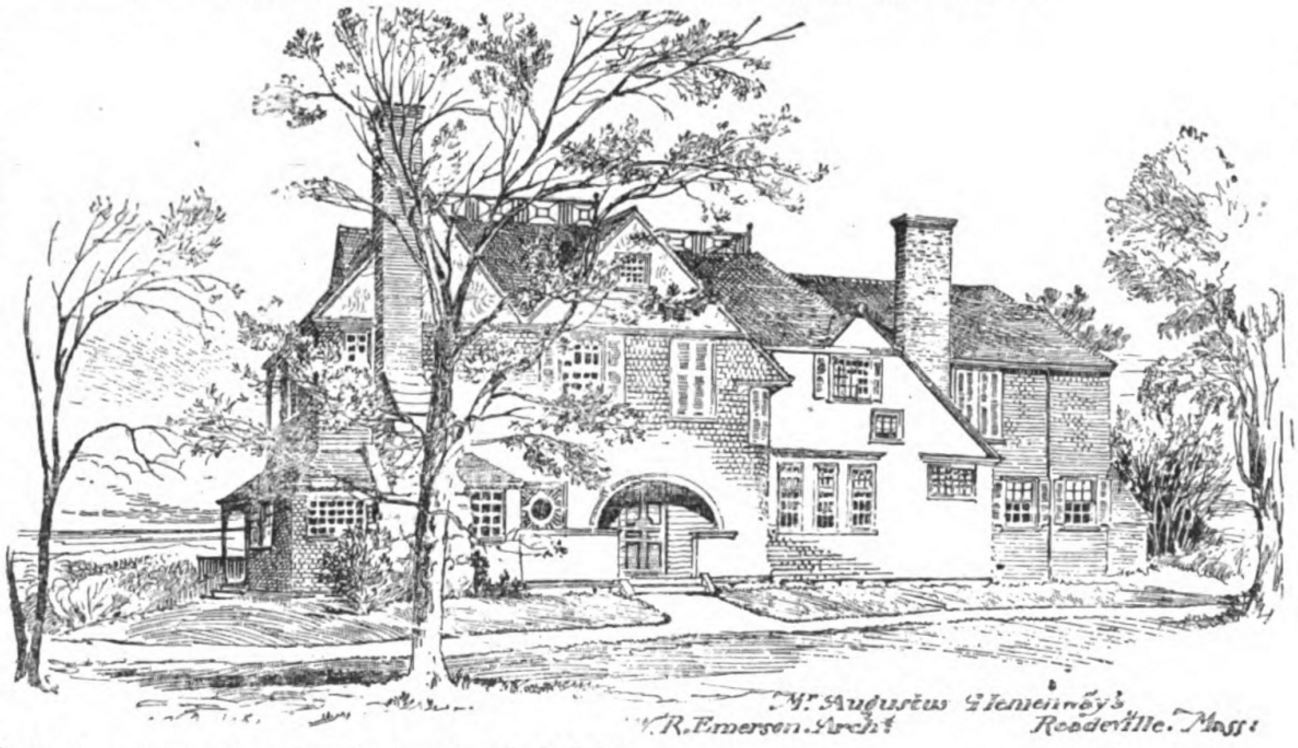 Emerson’s first design for this family was a complete renovation of the Hemenway family country estate “Old Farm,” located in Milton. The Old Farm overhaul was commissioned in 1877 by Mrs. Mary Hemenway, mother of Edith Hemenway Eustis, who married W.E.C. Eustis in 1876. Old Farm was first purchased by Mary and her husband Augustus Hemenway around 1865 and was used as a country estate for the family, who also owned a large mansion on Beacon Hill in Boston.

The Emerson renovation of Old Farm encapsulated an existing eighteenth-century farmhouse, turning it into a rambling Queen Anne-style mansion house. Just a year later, Mary commissioned Emerson to design a home for Edith and W.E.C. Eustis next door, the Eustis Estate. There are many striking similarities between the style of Old Farm and the Eustis Estate, such as arches, patterned wood gables, and other Queen Anne characteristics. 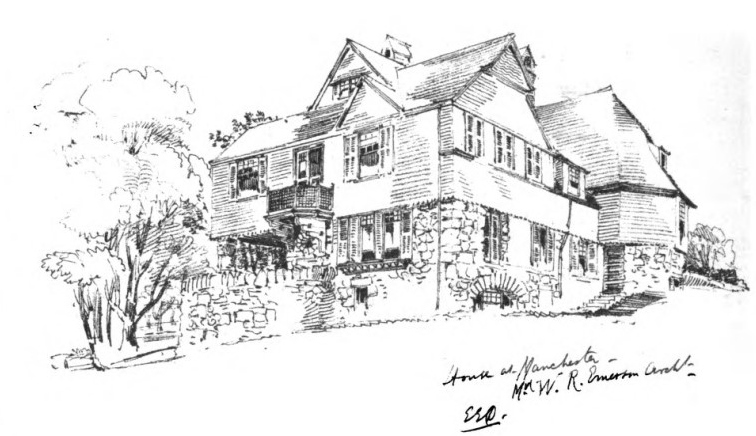 In 1882 Mary Hemenway’s only son, Augustus Hemenway II, commissioned W.R. Emerson to design a home for him in Canton, Massachusetts, just a mile and a half away from Old Farm and the Eustis Estate. The Augustus Hemenway II house differs from the previous two houses because it is designed in the Shingle Style, which Emerson adopted and developed during the 1880s. Very shortly after, Emerson designed a summer home in Manchester-by-the-Sea for Mary Hemenway. This home was Shingle Style with an exposed stone foundation.

Additionally, in 1882 Emerson designed a home for Mrs. Mary Channing Eustis, mother of W.E.C. Eustis. This home was built in Newport, Rhode Island, but we can assume that her connection with Emerson was made through Mary Hemenway. Mary Eustis also maintained a home on Canton Avenue in Milton, neighboring both the Eustis Estate and Old Farm.

When examined as a group these five homes serve as a timeline of Emerson’s architectural style evolution, from his early Queen Anne revivals to his later, more popular Shingle Style homes. All five homes are still standing, although several have had significant alterations over the years.

Read about Emerson’s close working relationship with the Watson and Forbes families.