Keeping It in the Family, Part 1: W.R. Emerson and the Watson and Forbes Families 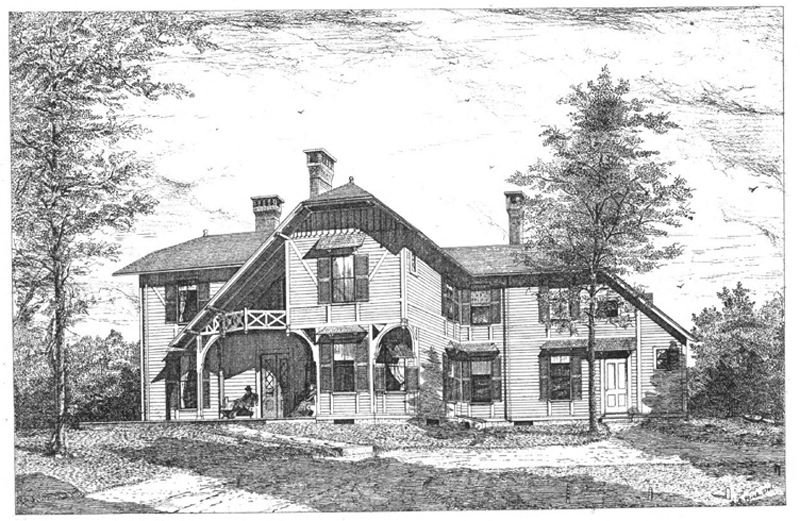 Historic New England is working to transform the 1878 Eustis Estate in Milton, Massachusetts, into a museum and study center opening in 2017. Below, Curatorial and Interpretive Planning Assistant Elyse Werling describes how architect William Ralph Emerson helped shape the built environment of Milton.

William Ralph Emerson found great success as an architect, particularly in the town of Milton, Massachusetts. In 1872 he received his first Milton commission when Robert Watson hired him to redesign his home on Adams Street. This proved to be a smart move on his part, as he built a lifelong partnership and bond with the Watson family. While working on the Watson house, Emerson met and fell in love with Watson’s daughter, Sylvia, an artist. The couple married in 1873. Emerson went on to design seven more Milton houses for the Watsons and their relations, the Forbes family. Robert Watson, father of Sylvia, was the brother-in-law and neighbor of John Murray Forbes, who lived on Adams Street as well.

In 1873 Emerson was awarded his first commission from the Forbes family when John Murray Forbes hired him to design a home for his son, William Hathaway Forbes, just off Adams Street in Milton. William was married to Edith Emerson Forbes, daughter of Emerson’s distant cousin, Ralph Waldo Emerson. In 1876 John Murray Forbes again commissioned W.R. Emerson to design “Three Pines” for his unmarried sisters, the Misses Forbes (Frances and Margaret). This home is located on Fairfax Road in Milton. Additionally, in 1891 one more home was built for the Forbes family on Adams Street, although it is unclear who commissioned it. In 1921 this home was sold to Lillias Stephenson Emerson, the widow of William Ralph Emerson’s son, Ralph Lincoln.

In the early 1880s, Robert Watson’s children, Sylvia Emerson’s siblings, all built Emerson-designed houses on Adams Street in Milton on a lot adjacent to J.M. Forbes’ house. These houses are William Ladd House (1881), Robert Clifford Watson House (1882), and Edward Perkins House (1882). Each house was designed in Emerson’s characteristic Shingle Style. In 1910 Robert C. Watson (brother of Sylvia) built a home on Randolph Avenue for his son, George Watson; this home was said to be designed by a draughtsman from Emerson’s architectural office.

Read about Emerson’s close working relationship with two other local families, the Hemenways and the Eustises.