Inside the Collections Care Project: Swing to better health


The construction effort at the heart of Historic New England’s Collections Care Project is well underway. As we prepare for the third phase of the project, we continue to share fascinating items from our collection. 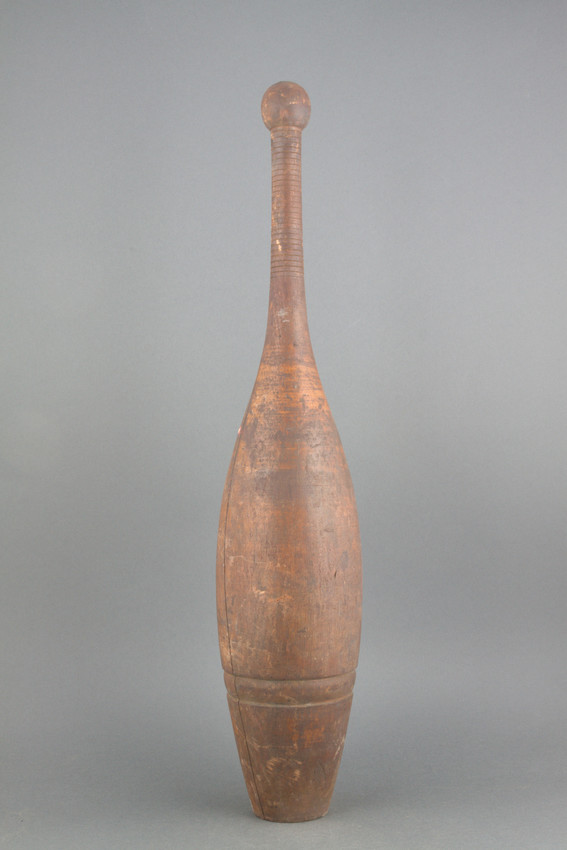 Have you ever wondered how people of the past stayed fit and healthy? Today, at most gyms and fitness centers, you can expect to find a large selection of weights and equipment. In the past, however, people had fewer options. Exercise clubs were among the few pieces of equipment available long ago.

Sometimes referred to as “Indian clubs,” these oblong clubs varied in weight and size. Their name derives from objects of similar shape traditionally used by martial artists in India.

In the 1860s, after a trip to England, Sim D. Kehoe began manufacturing and selling exercise clubs in the United States. They became standard equipment in gymnasiums and YMCAs.

Health-conscious Americans used the clubs for a variety of exercises, many of which required a choreographed swinging motion designed to strengthen the shoulder and other parts of the upper body. These exercises became especially popular among people who depended on rotational strength or hand-to-hand combat. You can see some examples in the video above.

Although the strengthening power of these clubs drove their popularity, the choreographed routines also raised their profile. Eventually, exercise clubs became so popular that they were incorporated into the Olympics. In the 1904 and 1932 Olympics, club swinging was part of the gymnastics all-around event.

To help us continue to preserve and give access to Historic New England’s extensive collection of New England art, wallpaper, textiles, and household objects, please consider a donation to the Collections and Conservation Fund.