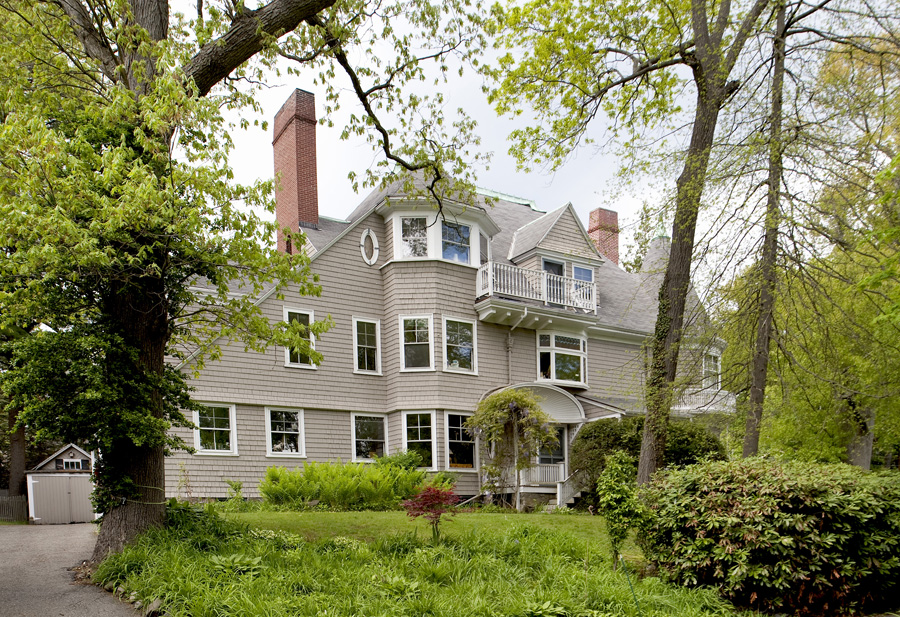 Designed by Boston architectJ. Williams Beal (1855-1919), Peabody-Williams House was built in 1891. It retains itsoriginal character and is an important example of Shingle-style architecture,materials, and workmanship in Massachusetts.

Inside the house, wood carvings and built-in cabinetry are the work ofAndrew Lees (1844-1937), whose daughter, Mabel Lees Williams, occupied theproperty from the early 1900s until her death in the 1950s. The easement protects other interiorfeatures including stained and leaded glass windows, mirrors,some window hardware, and ceiling light fixtures. In addition, the stones at the fern gardensouth of the house, granite steps leading to the street south of the house,and other landscape features may not be altered without prior approval. The easement also protects theproperty against subdivision.

Peabody-Williams House was individually listed on theNational Register of Historic Places in 1986. Diana Korzenik, a longtimemember and supporter, is the property owner who donatedthe preservation easement to Historic New England.