Man Whittling added to the collection 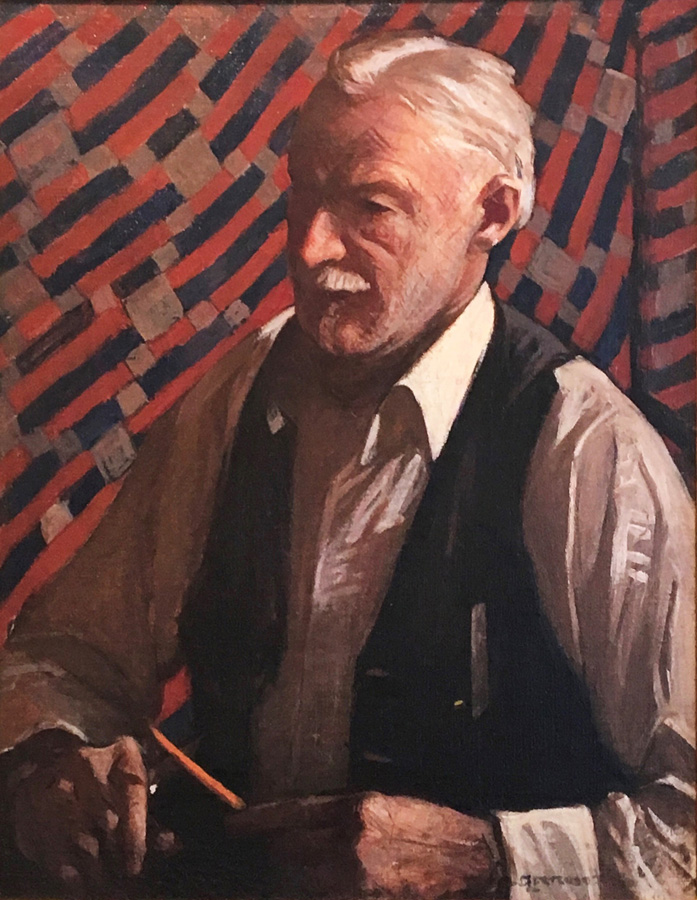 When Gertrude Fiske was twenty-five, she enrolled in the Boston Museum School, where she studied with Edmund C. Tarbell, Frank W. Benson, and Philip Hale. In 1909 she also began working with Charles Woodbury at his Ogunquit Summer School. While influenced by these distinct styles, Fiske developed her own style and by 1916 was a rising star.

In addition to exhibiting her paintings in Boston, Fiske also exhibited at the Pennsylvania Academy of Fine Arts, Corcoran Gallery, Art Institute of Chicago, and Rhode Island School of Design. Fiske won a silver medal at the Panama-Pacific International Exposition in San Francisco in 1915. In 1922 she was admitted as an associate member of the National Academy of Design, becoming a full member in 1930. Fiske was also the first woman appointed to the Massachusetts State Art Commission.

While Fiske had success with both landscapes and portraiture, she is best known for her figure painting. In the 1910s and early 1920s she painted portraits of attractive young women that were popular in the Boston School. But by the late twenties and thirties she had moved on to models who were older and often New England archetypes: carpenters, soldiers, fishermen, craftsmen, and grandmothers. She was particularly adept at capturing the personal character of the subject.

Gertrude Fiske is one of the few National Academy members represented in Historic New England’s collection. Man Whittling will be featured in an upcoming exhibition planned for 2020.