From the mouths of babes 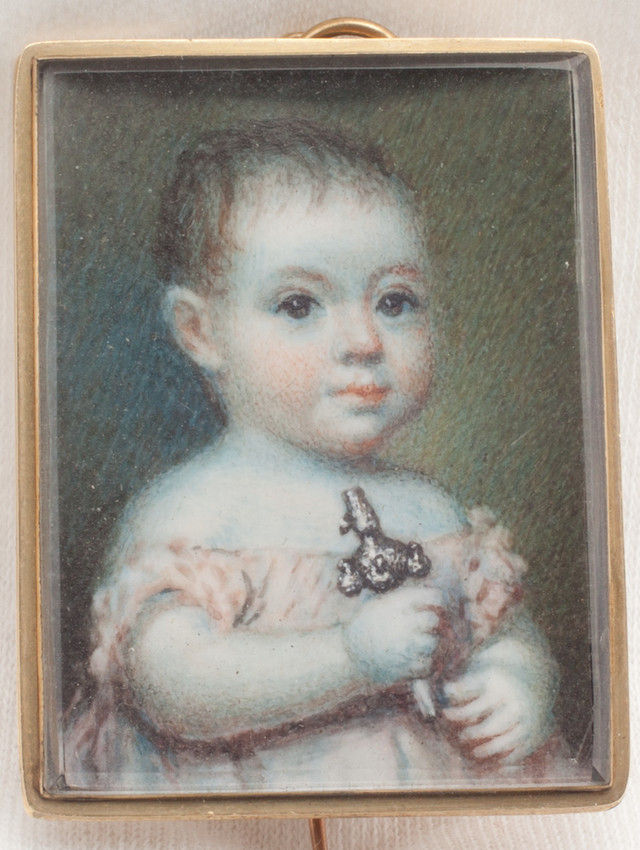 In 1839, ten-month-old Elizabeth Gilbert sat for her portrait clutching her rattle, also called a “coral and bells” for its coral handle and delicate bells suspended around a silver whistle. One hundred years later her niece gave both Elizabeth’s miniature, mounted in gold as a brooch, and her coral and bells to Historic New England. 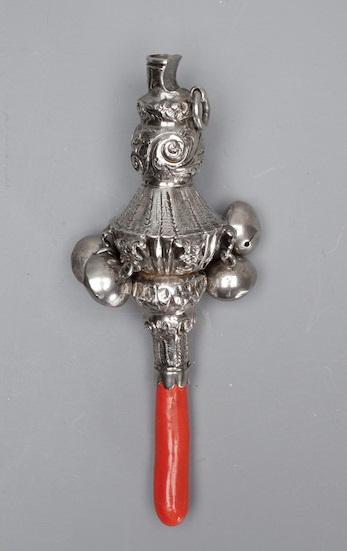 These expensive toys appear in the hands of wealthy children from the sixteenth century on, made by silversmiths in England and America. Meant to both amuse a baby and to help her teethe, they were also symbols of a family’s status. Tied on satin ribbons for safe keeping, children or caregivers could jingle bells and blow on the whistle at the top.

A baby could cut her teeth on the coral handle, which also played a symbolic role. Many parents believed that coral offered protection to children from illness and bad luck, so it frequently appears in children’s jewelry. Sometime before it came to Historic New England the coral and bells lost both its coral and its silver endcap, barely visible below Elizabeth’s chubby fist.

Conservation Mellon Fellow Fran Baas discovered a fragment of the handle while she was cleaning the piece for exhibition in 2013. That fragment, and Elizabeth’s portrait, provided her with enough information to reconstruct the handle, restoring much of the object’s beauty.

Support the ongoing care of New England’s antique treasures with a gift to the Collections and Conservation Fund.