Farewell to a favorite farm friend 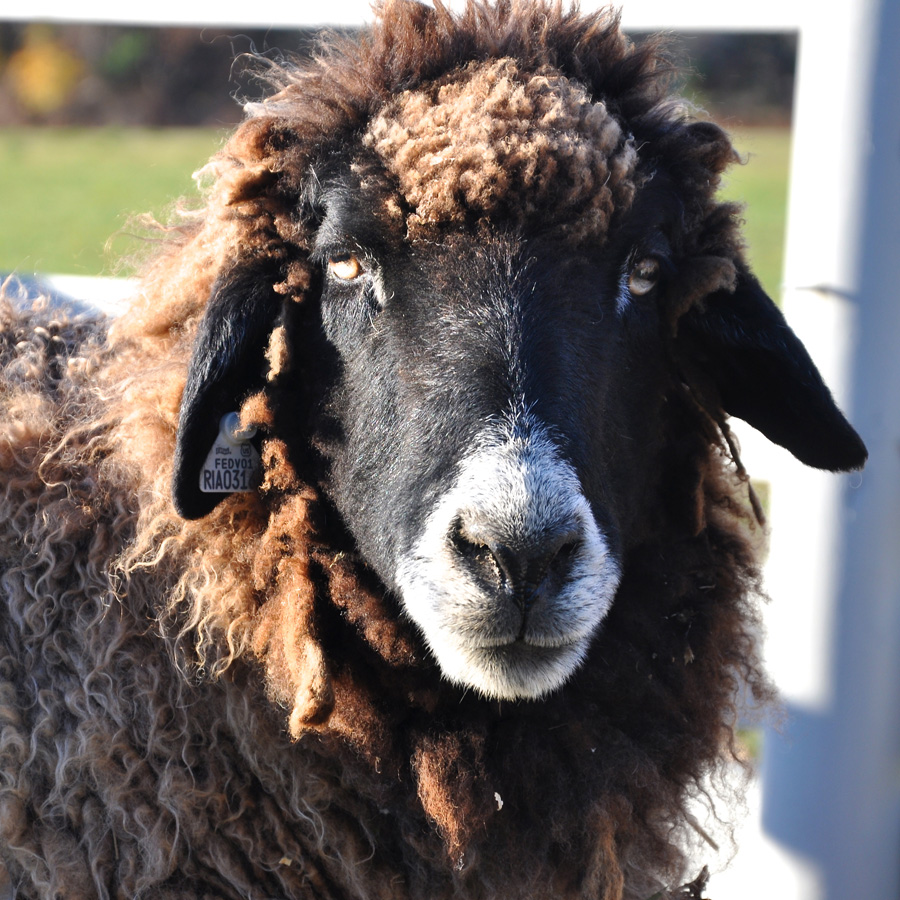 The staff and volunteers at Spencer-Peirce-Little Farm in Newbury, Massachusetts, have been welcoming farm animals as fosters from the MSPCA since 2005. These animals are generally considered less adoptable due to age, health, size, or other factors. They find a permanent home at the farm, where their only job is to interact and educate.

One of the dozens of animals that found their way to us was Florence, an elderly Oxford ewe, who arrived with another sheep and two goats in December 2016. Not much was known about their early life, but multiple ear tags suggested that Flo had been part of a large commercial flock. Flo was clearly older, as the grey on her muzzle and her cloudy eyes attested, but she was outgoing, friendly, and spunky. She was particularly gentle with our younger visitors, and became an immediate favorite of staff and volunteers (not that we have favorites). When Flo was sheared in May, our hand-shearer and sheep-whisperer Kevin Ford looked her over and declared that she was not so much elderly as ancient. She was also missing most of her teeth. For the month that followed, Flo had extra treats, soft bread, and constant attention, even posing for her official portrait.

Sadly, last week’s heat wave was too much for old Flo, and she passed away in the paddock with her human and animal friends close by. Though it is difficult to lose an animal like Flo, who was so much a part of our farm family, it is an honor to be able to provide a place for elderly animals to live out their last days in peace. Rest in Peace sweet Flo.

To help with the care and feeding of our foster animals, please donate online to our Annual Fund (write “SPL Farm Animal Care” in the Order Notes field) or call 978-462-2634.