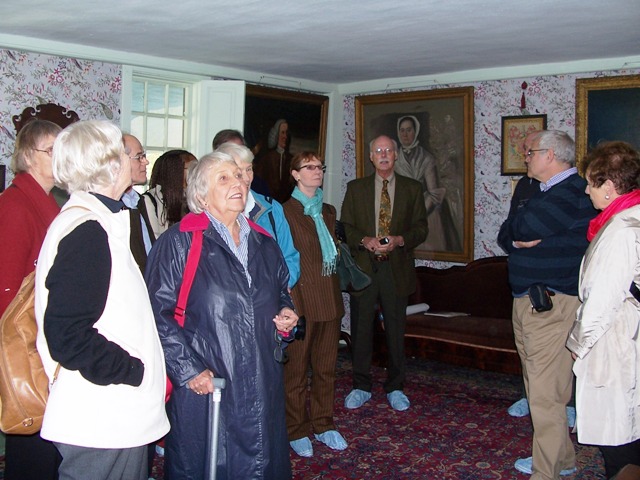 This week, Historic New England welcomes a group from the Fairfax House museum, in York, United Kingdom,  to our New Hampshire and Southern Maine properties. The Fairfax House is an elegant eighteenth-century Georgian town house restored in 1983 by the York Civic Trust. The touring group, made up of Fairfax House trustees and supporters and led by former director Peter Brown, will spend a week and a half visiting historic homes and museums primarily in the Piscataqua River region but also further afield in Portland, Maine; Manchester, New Hampshire; and Boston.