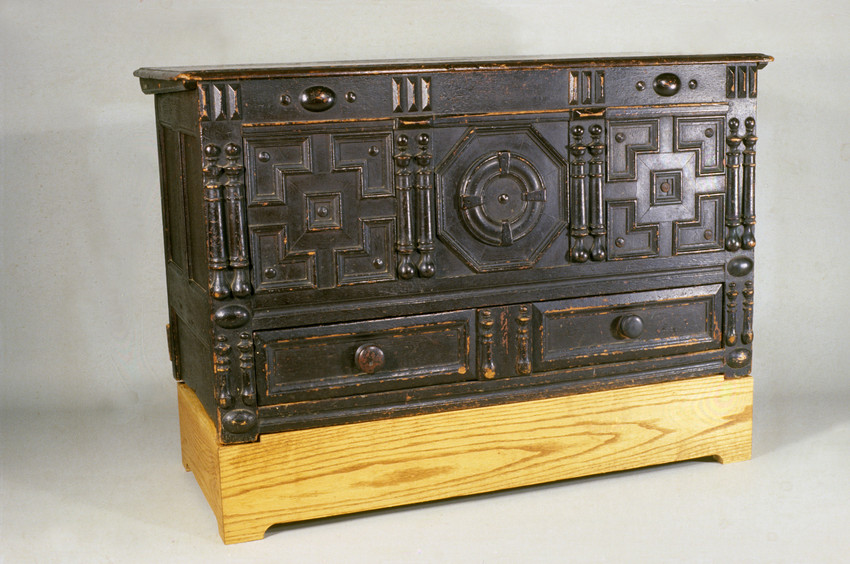 The geometric patterns on the surface of this Boston chest were created by the use of applied red cedar moldings. Maple split spindles, painted black to resemble ebony, provide a colorful contrast with the light oak, red cedar, and black walnut also incorporated into the chest's façade. Considered a specimen of such singular craftsmanship and ornamentation, the late furniture historian Benno Forman dubbed this chest the the most important eastern Massachusetts chest in captivity. The chest's maker, who crafted the piece around 1635-1670 in Boston, followed the latest London fashion. Dutch craftsmen originally introduced the robust architectural style to England in the early seventeenth century. When London-based joiners influenced by the Dutch style immigrated to Boston, they brought their knowledge of urban furniture trends to the New World.