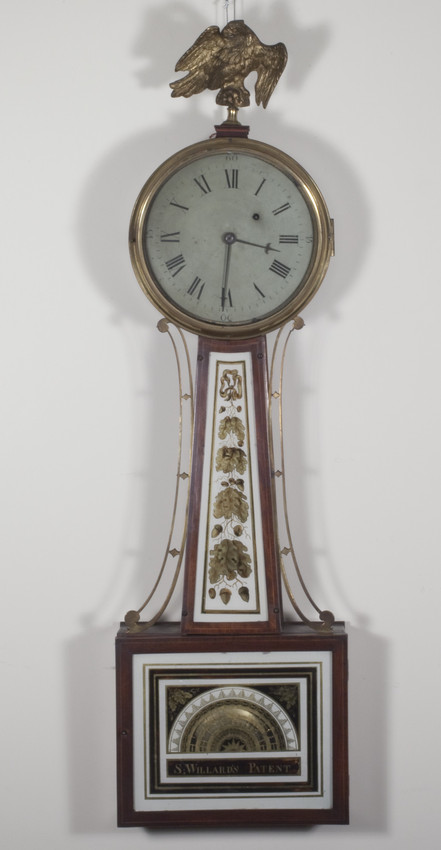 The Simon Willard banjo clock, which hangs in the library at the Phillips House in Salem, Massachusetts, is unique not only for its design and creation by the famed clock wright, but also because of its long history of ownership by the Phillips family. Stephen Willard Phillips chronicled the clock's history with a series of note cards, nestled in the regulator case.