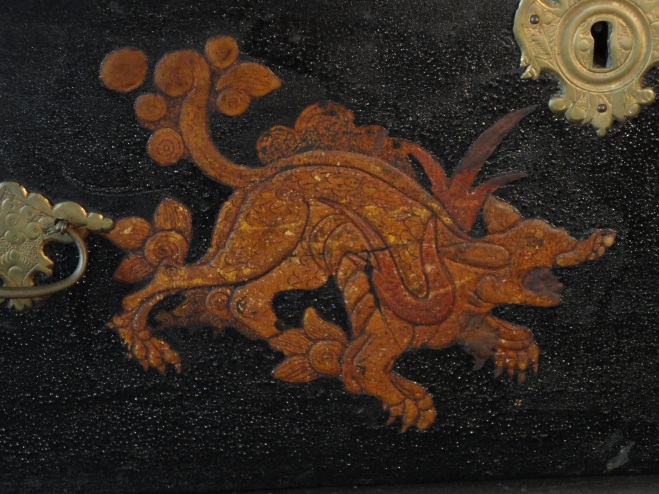 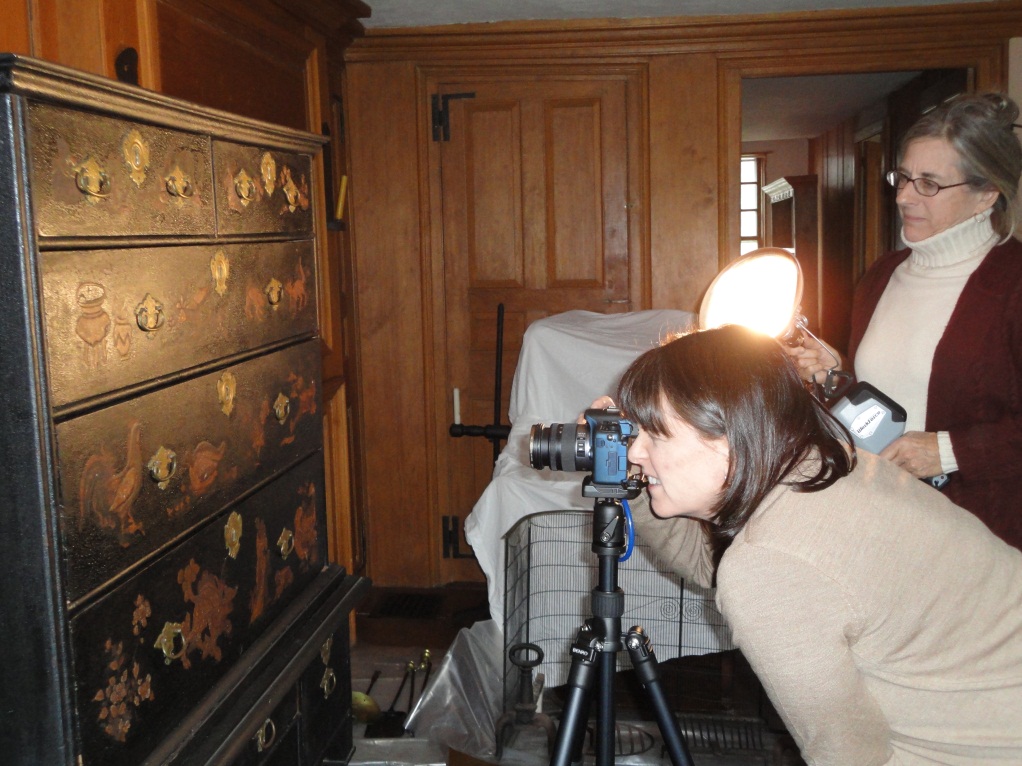 According to the two experts, who have examined most of the roughly four dozen surviving American eighteenth-century japanned furniture pieces, the raised ornament on the front of the chest is almost entirely intact, which, given the nature of the materials is “unheard of.”

Cederholm and Thomson will share their findings at the Winterthur Furniture Forum in March, where a number of Historic New England’s important Boston furniture pieces are featured.