Earlier this year, Steven Favreau of Favreau Design and HGTV’s Design Star joined Historic New England’s Ogden Codman Design Group and Design New England on a panel to present how he would reimagine spaces in the 1796 Harrison Gray Otis House. We recently caught up with Favreau to hear more about his design. 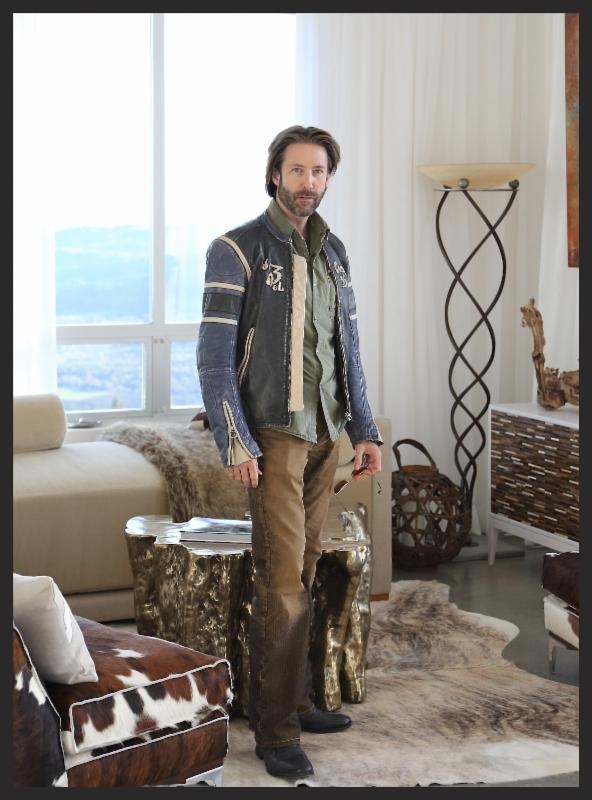 “This is the type of project that exemplifies who I am as a designer,” says the San Francisco-based designer. “My work is based in classic American design, often times in historic homes, where I create an interior design that nods to the past and history of the home but infuses bold, courageous modern-day strokes that heighten the history and infuse modernism. The fact that the project was hypothetical and while there was a client, Mr. Otis, we were free to give Mr. Otis a voice that allowed us to spread our wings. Plus, there was no limit on the budget, which let’s face it, is every designer’s dream.”

As part of the first ever Boston Design Week, the panel convened three experts in the design world who each chose a space in Otis House. Favreau adopted the Withdrawing Room on the second floor, shown above in a mock-up of his design. “I took over the entire upstairs left portion of the home, which totals approximately 1,000 square feet, and made it a master suite to die for,” he says.

“My choice of furnishings and light fixtures are culled from custom pieces of my own design and vintage items from the past fifty years that all work beautifully together because of their harmonizing, shapes, textures, and materials. I love this kind of whimsy in my designs. Even the most elegant of rooms should not take themselves too seriously.”

What do you think of Steven Favreau’s updated Otis House? Let us know in the comments.