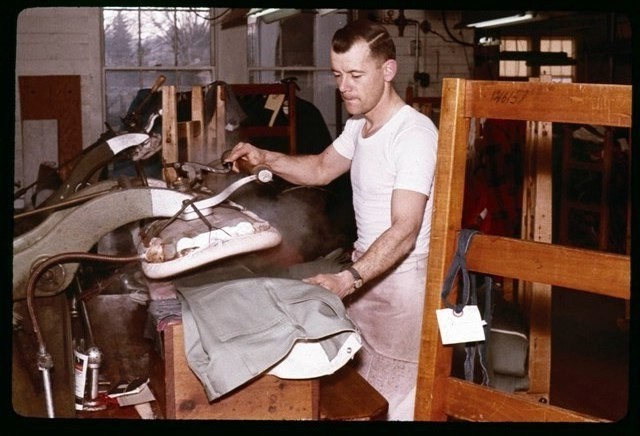 The locally owned company, established in 1859, employed more than 175 people at its height of operation in the 1920s. From dungarees and overalls, to hunting gear and lab coats, the Carter brand made a national name for itself by delivering sturdy products made from good materials and skilled hands. The business was family run for more than a century, first by generations of Carters and then by generations of Jacksons. In 1967 the company was sold out of the family, and eventually its operations moved south where labor was cheaper. The factory in Lebanon manufactured its last pair of overalls on June 28, 1985. Today, those who once made their living at Carter’s can still recall the speed of the machines, the weight of the cloth, and the everyday rhythms of factory work.

The AVA Gallery and Art Center acquired the old factory building in 2003. It now houses studios for local artists, art programs, and gallery space. Following its premiere, Connecting the Threads will air on CATV in New Hampshire.