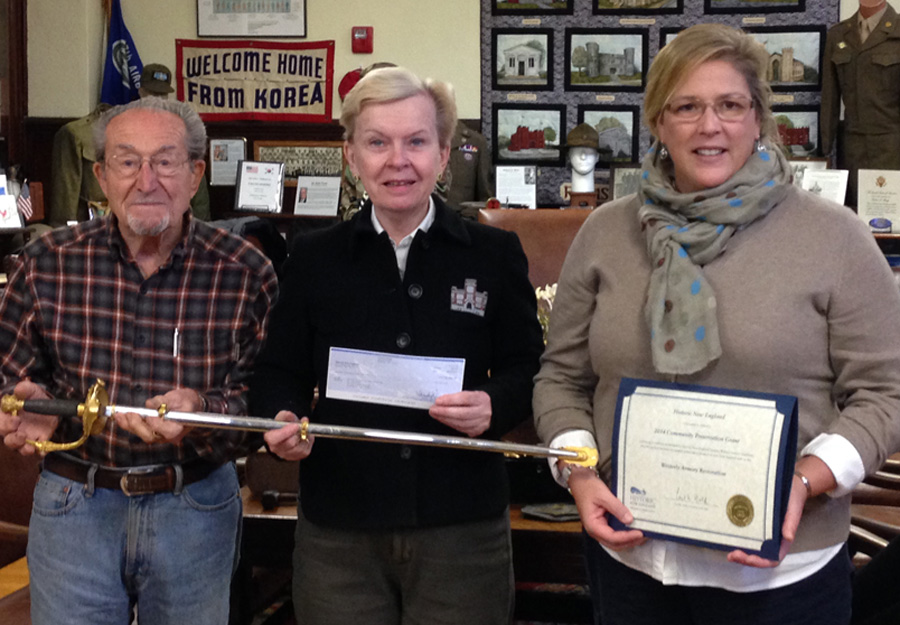 The $1,000 grant will be used to research and prepare for display a recent contribution of items that belonged to Major General A. Hun Berry, a local citizen who fought in the Civil War. The items include Berry’s ceremonial swords and scabbards, a dictionary, a wooden chest, and epaulets.

Solz presented the check to Westerly Armory President Roberta Humble at the museum, where both community and military memorabilia are on display.

Discover what other projects were selected by Historic New England’s 2014 Community Preservation Grants, which support preservation projects in all six New England states.