Check out these old-house curiosities


For Historic New England’s preservation services team, which runs the Preservation Easement Program and other services for homeowners, seeing fascinating old houses is all in a day’s work. Some of these homes contain examples of unusual household technology, including earlier versions of today’s everyday items. Read about two examples below: 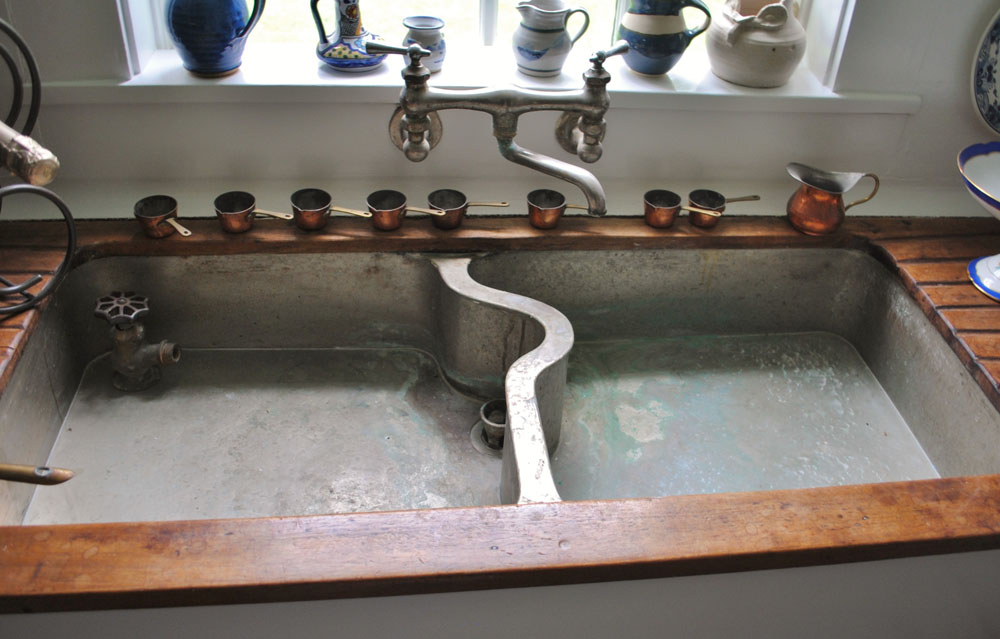 Two-bowl kitchen sinks are something we take for granted in the twenty-first century. In the early twentieth century, however, what was then known as the “double pantry sink” was something of a novelty. This sink, often made of metal, copper, or “German metal” (a compound of copper, tin, and nickel) was quite shallow by current standards. Most notably, the double pantry sink featured two bowls, side by side, each with its own drain, but separated by a distinctive, S-shaped wall. Intended exclusively for washing dishes, the pantry sink was installed in the pantry, not the kitchen. One side presumably held soapy wash water and the other, hot rinse water. A 1911 ad noted that the E. B. Badger & Sons Company of Boston was a “manufacturer of pantry sinks and wash boilers.”

Did you ever wonder how clothes drying evolved from the clothesline to the spin dryer? By the early twentieth century, some large houses, apartment buildings, hotels, and dormitories were equipped with “sanitary clothes dryers” for year-round drying. The dryer was a large metal box with a vertical system of railings that slid out to the side, onto which wet laundry could be hung. These dryers were heated either with separate gas heaters at the base or using the existing heat of an attached laundry stove. Once the laundry had been hung, the cupboard was closed by sliding the rails back into the box, where the heated air could dry items “as pure and white as when they dried outdoors,” according to one 1913 advertisement. 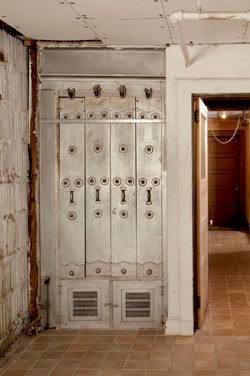