Capturing the stories of Haymarket 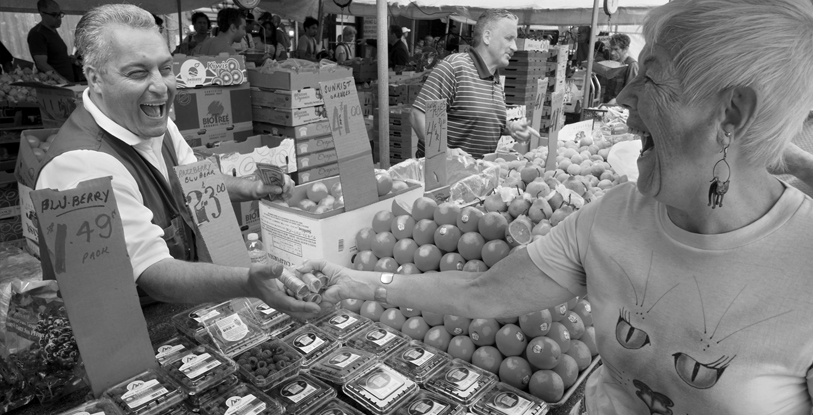 For nearly 200 years, New Englanders have gathered to buy and sell fruits, vegetables, and other edible goods at Haymarket in downtown Boston. With increased interest in local food culture, the time is right to capture and celebrate the history of the open-air marketplace.

Historic New England and photographer Justin Goodstein partnered with the Haymarket Pushcart Association to document the stories of the people who work and shop at Haymarket, as part of our Everyone’s History series.

Over the course of a year, we collected oral history interviews with and shot black-and-white photographs of vendors and customers. Alyssa “Sina” Chhim described her emigration from Cambodia to Connecticut in 1980, and how a chance meeting led to her job at Haymarket. Butcher Salim Marhamo explained how his business resembles market stalls in his native Lebanon.

The Haymarket Project debuted as a four-part video series beginning in 2013, but this year you can experience the project in a number of different ways: