Can you name five women artists?


Historic New England is thrilled to participate in the National Museum of Women in the Arts’ #5WomenArtists campaign as part of #WomensHistoryMonth. Inspired by the question “Can you name five women artists?” this campaign aims to raise awareness about intersectional gender inequality in the art world.

Throughout March, we’ll be using social media to highlight these five featured creators, whose works are represented in our collections. Follow along on our Twitter and Instagram accounts.

The Women of Marimekko

Historic New England owns sixty-one dresses by Marimekko, the Finnish textile company that rose to popularity in the U.S. during the 1950s and 1960s. Worn by architect Nancy Krueger (1931-2015), the dresses are a nod to the fascination with Scandinavian style and culture that swept aesthetically minded Bostonians after World War II. In the most recent issue of Historic New England magazine (available digitally in June), Dolores L. Mitchell, friend and neighbor of the Kruegers, writes that Nancy acquired many of her Marimekko garments from Design Research (also known as D/R) on Brattle Street in Cambridge—the era’s go-to local source for all things Scandinavian.

Marimekko’s clothes weren’t just created for women—they were created by women. The brand’s success was due to three female artists: founder Armi Ratia (1912-1972), designer Vuokko Nurmesniemi (b. 1930), and designer Maija Isola (1927-2001). Isola’s work is perhaps the most well-known of the bunch, as she was the force behind Marimekko’s famous Unikko (“Poppy”) print. Armi, who began experimenting with bold, colorful designs at her husband’s textile factory, once said of her entrepreneurial ambitions that: “One has to dream. And one must stand out from the rest.” 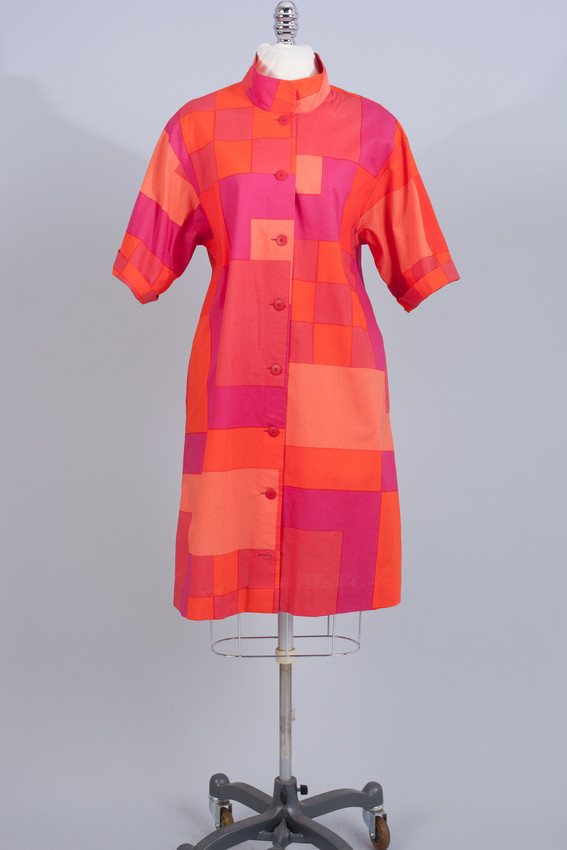 Writer Sarah Orne Jewett was born in 1849 in her grandparents’ South Berwick, Maine, home. The property, now a National Historic Landmark and museum owned by Historic New England, served as both headquarters and muse for Jewett, who even used it as the setting for her 1877 novel, Deephaven.

Jewett is considered one of Maine’s earliest and finest regional authors. She developed a talent and passion for storytelling early, publishing her first story, “Jenny Garrow’s Lover,” under the pen name A.C. Eliot in the Boston publication Flag of Our Union in 1868. The following year, at the age of twenty, she published her first story, “Mr. Bruce,” in the Atlantic Monthly, embarking on a long relationship with the journal, its editors, and the literary society of Boston and beyond. 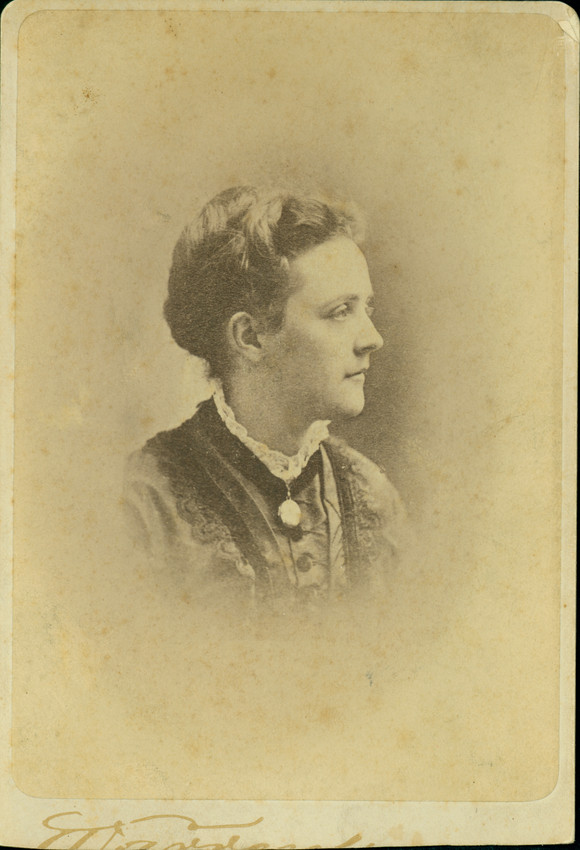 Elizabeth James-Perry is a member of the Wampanoag Tribe of Gay Head (Aquinnah, Massachusetts) and a wampum and fiber artist. For James-Perry, whose Alliance Collar was featured in our exhibition Mementos: Jewelry of Life and Love, jewelry “is the way we choose to honor each other, Mother Earth, and the rest of creation.”

From the artist’s biography:

“Much of Elizabeth’s work focuses on early Northeastern Woodlands Native culture, including ancient wampum shell carving and reviving natural dye techniques to create a traditional palette for her finger woven sashes, bags and baskets. She has worked to create museum-quality textile arts in milkweed and cedar bast, intricately painted deerskin and to capture the classic layered drape of Native linen trade cloth outfits. Elizabeth represents Wampanoag traditions by writing, in exhibit design, and occasionally through intensive community weaving and dye workshops for organizations like the Evergreen College Longhouse.” Visit her website to view more examples of her work. 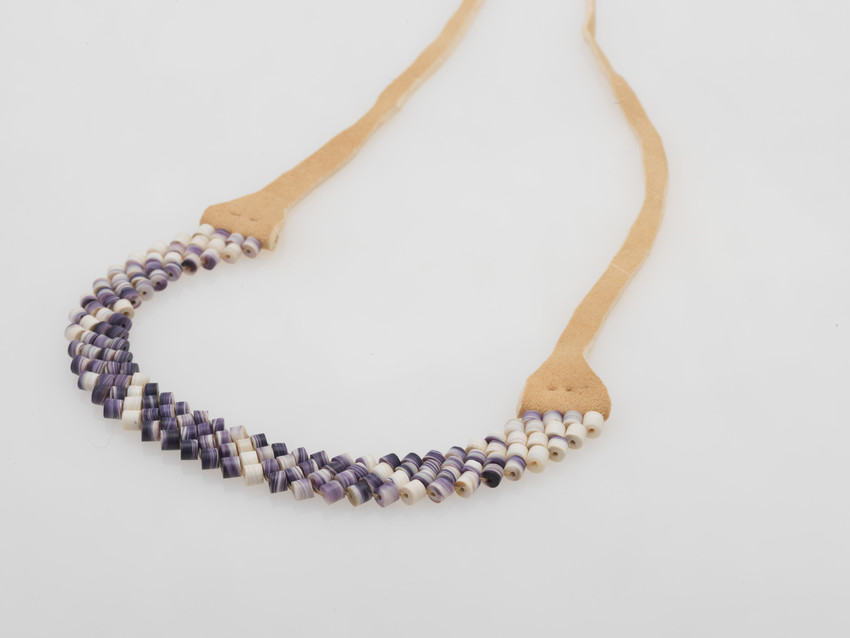 Poet Phillis Wheatley was born in Senegal/Gambia, Africa, in 1753. Captured by slavers and sent to the Massachusetts Bay at the age of eight, she was sold to the Boston-based Wheatley family and was enslaved by them until the mid-1770s. Wheatley’s sharp intellect was impossible to deny from an early age, and she published her first poem in the Newport Mercury when she was just thirteen years old. At the age of twenty Wheatley published Poems on Various Subjects, and in doing so became the first African American, first enslaved American, and third American woman to publish a collection of poetry.

Before passing away at the age of thirty-one, Wheatley—a strong supporter of an American Revolution—corresponded (and may have had a meeting) with President George Washington. According to Mount Vernon, Wheatley was the only enslaved person with whom the Founding Father ever exchanged letters. His unusual level of respect for the writer is evident in the language he used to address her, calling her “Miss Phillis” and signing off “Your obed[ien]t humble servant.” 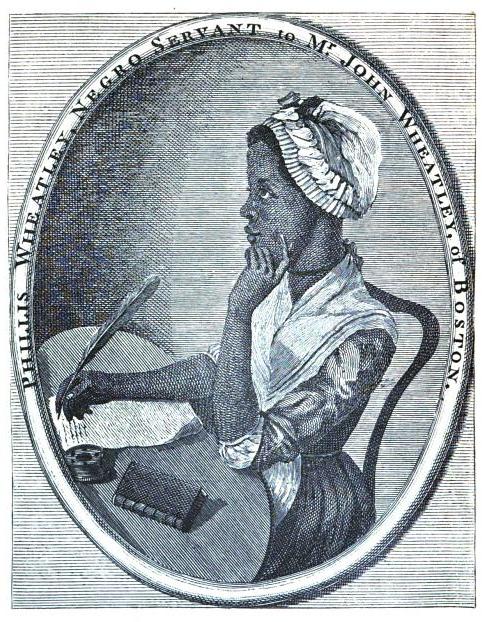 Photographer, writer, and multimedia artist Emma Lewis Coleman was born in Boston in 1853 and spent much of her life in Deerfield, Massachusetts. The daughter of wealthy merchants, Coleman was educated in Paris and returned home in the 1870s to teach at a school in Brookline. It was there that she met Charlotte Alice Baker and Susan Minot Lane, a pair of friends whose creative and intellectual ambitions mirrored those of her own.

In the 1890s, Coleman and Baker made journeys to Canada to gather information about Deerfield children taken captive in February 1704. They wrote a book, True Stories of New England Captives Carried to Canada, based on their findings, which featured photographs taken by Coleman.

According to Pocumtuck Valley Memorial Association, she is also credited with illustrating the novel Deephaven by Sarah Orne Jewett, another woman artist on our list. Historic New England’s Emma Lewis Coleman Photographic Collection consists of nearly 300 glass plate negatives, from which study prints have been made. Coleman’s work is marked by artistic effects that express the timelessness and universality of rural life, after the fashion of Jean-François Millet and other Barbizon school painters. She worked extensively in York, Maine, where she often posed her city friends in costume to impersonate the rhythms and traditions of farming routines. 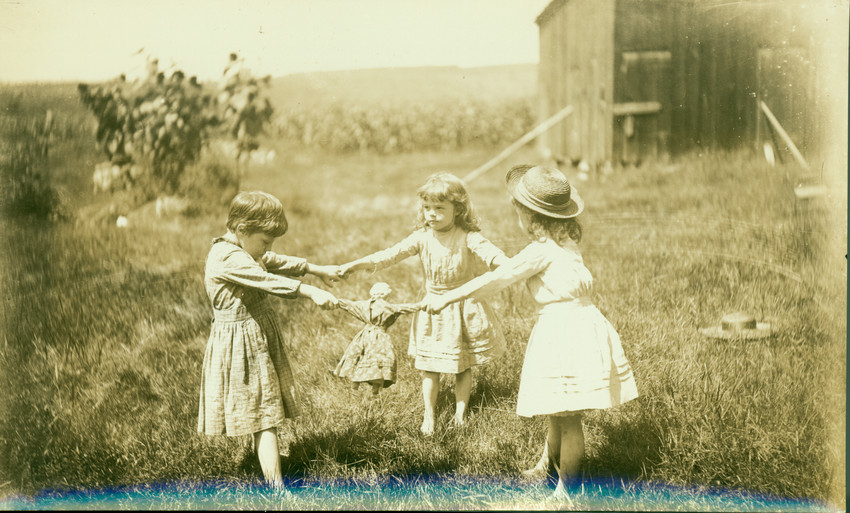