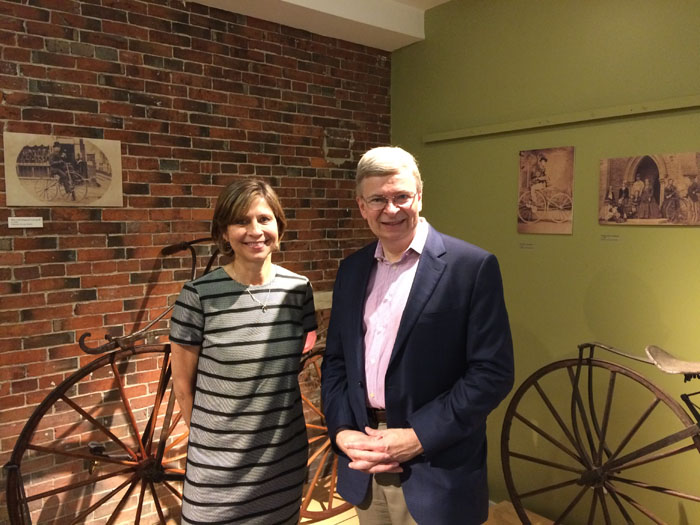 2016 is the 150th anniversary of the first bicycle patent in the U.S., and the Henry Sheldon Museum of Vermont History in Middlebury is celebrating with a new exhibition focused on the history of the bicycle.

Pedaling Through History: 150 Years of the Bicycle, The Collection of Glenn Eames attracted more than 100 guests to an opening reception on Thursday, June 23. Eames, a collector and bike shop owner, discussed the evolution of the bicycle from the velocipedes of the 1860s to today. His collection and the exhibition focus in particular on the late nineteenth century. 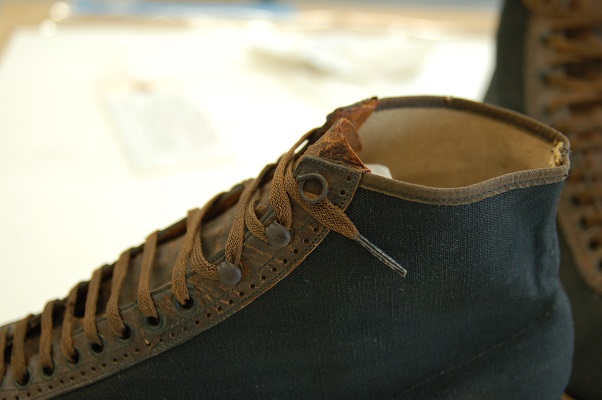 Historic New England loaned a pair of men’s cycling shoes from the turn of the twentieth century to the exhibition, which is on view through October 16.