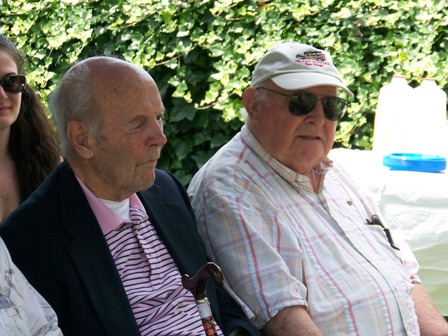 A recent program at Beauport, Sleeper-McCann House, in Gloucester, Massachusetts, featured an in-depth account of the American Field Service (AFS), a volunteer ambulance corps in World War I. Henry Davis Sleeper, creator of Beauport, was one of the founders of the AFS. Established in order to bring wounded French soldiers from the front lines to hospitals, the AFS saved more than 500,000 lives. Sleeper ran the Boston office as well as the Paris headquarters in 1918. He recruited significant funds and volunteers for the effort. 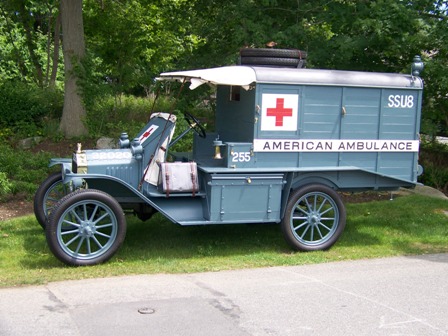 The program, Stories from the Front Lines: Sleeper and the American Field Service, attracted two World War II ambulance drivers. Ward Chamberlin, Jr., (pictured, left) from units ME 37, CM 104, and IB 59-T, served in the African and Italian campaigns between 1943 and 1945 and became a Major. He also serves as a Life Trustee for the AFS exchange programs. DeWitt (“Dick”) Morrill (pictured, right) was a member of unit IB 7 and served in the Burma campaign between 1943 and 1945.