At Otis House, repairs aren’t just another stone in the wall 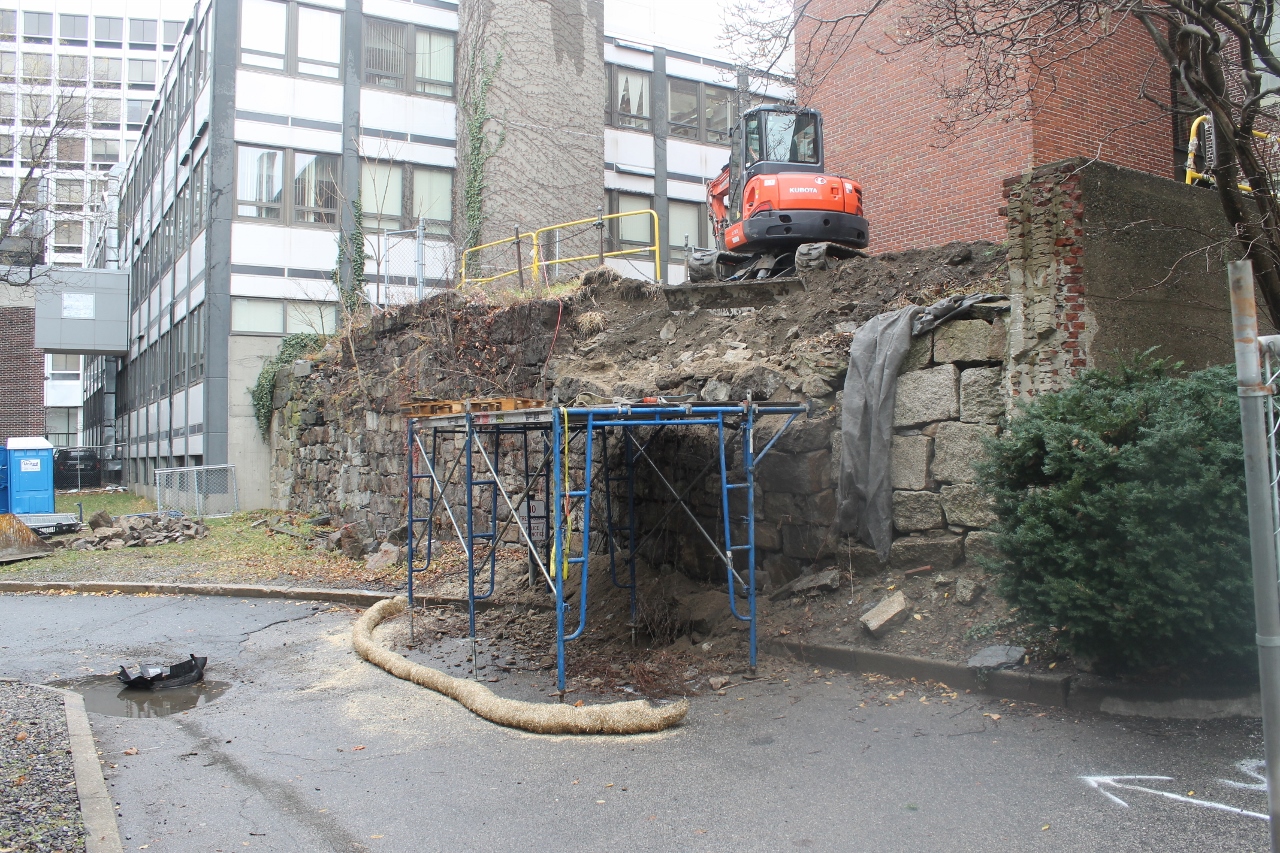 After much planning and preparation, Historic New England began restoring an early nineteenth-century stone wall at the Otis House Museum in Boston earlier this month. Like the museum itself, the wall is a reminder of a neighborhood that was largely lost to twentieth-century redevelopment.

We have yet to find documentation of the original construction of the wall, which is located on the building’s west boundary. We have, however, seen nineteenth-century references to the passage bounded by the wall. It supported the earth as the hill was cut to provide a flatter stretch of land for the construction of row houses along what was once Chambers Street in Boston’s West End. In fact, one of those row houses (#13 Chambers Street) was actually attached to the south end of the wall.

During urban renewal in the late 1950s, the Chambers Street row houses, along with many other buildings in the West End, were torn down. The gap created in the Otis House retaining wall was filled with large granite boulders. All remained quiet for about fifty years. But around 2007, this section began to visibly deteriorate, threatening the stability of the wall.

Fortunately this destabilization process has taken a bit longer than we originally anticipated. After years of structural engineering planning, archaeological discoveries, and logistical planning with our close neighbor, the West End Branch of the Boston Public Library, repair work has begun.

It started with careful dismantling of the south section of the wall by Consigli Construction. Workers labeled stones and used photographs to develop a map that will allow us to rebuild the wall placing the stones in the same relative positions.

Stay tuned for more updates as the process continues.

At Otis House and other Historic New England properties, the tasks of repainting, repairing, and occasionally rebuilding never stop. Help ensure that these buildings and landscapes survive for future generations by making a gift to the Preservation Maintenance Fund.