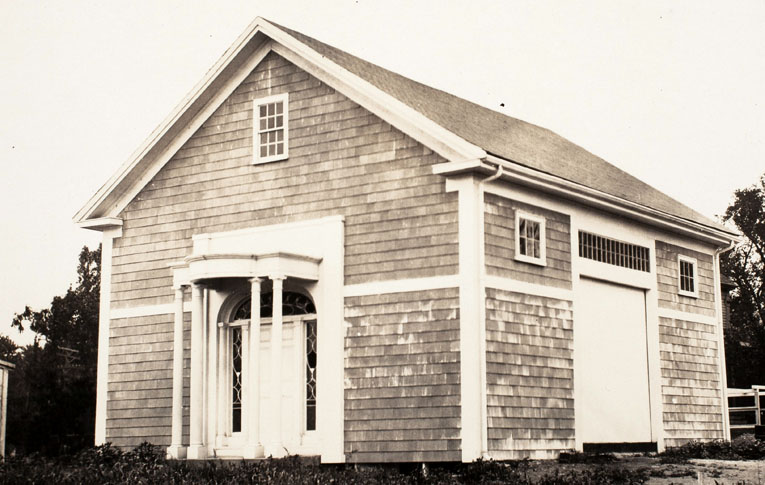 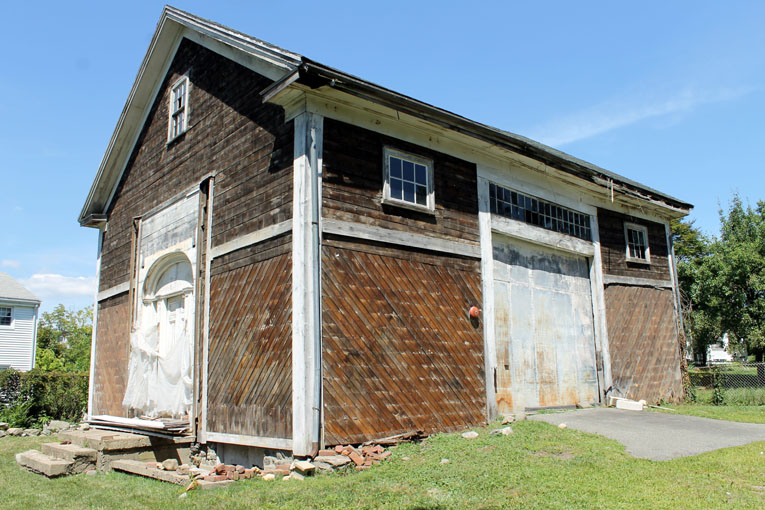 He purchased the property in 1919 and later noted to his sister that the house was his “own personal monument and the fact that it is now standing at all is simply because I got mad and decided that it shouldn’t be pulled down.”

Appleton’s work on Browne House is considered one of the first fully documented restoration efforts on a First Period building. Appleton took many photographs of the work in progress, consulted closely with noted architects Norman Isham and Joseph Everett Chandler, and hired craftsmen with a background of similar work in First Period houses.

While the house was the primary focus of Appleton’s efforts, a nineteenth-century barn on the property did not escape his attention: “In connection with the work on the house, the barn is being made over as a museum of architectural fragments, of which the Society has accumulated a quantity. In order to safeguard this collection the roof and walls are receiving fire-resisting shingles which it is hoped will in a few years take on an antiquated appearance.”

By the early 1920s, cement-based roofing and siding shingles impregnated with asbestos fibers (as both a strengthening agent and a fire retardant) were widely adopted as a substitute building material. Appleton chose this product to clad his future museum of architectural artifacts.

In 2014, the barn still stands and contains a variety of architectural fragments collected by Appleton in the early twentieth century. But after ninety years it needed critical maintenance in the form of structural repairs. Before Historic New England could begin these repairs, it was necessary to first remove the shingles.

The removal was a difficult decision. First and foremost, we were concerned with assuring the safe handling of the asbestos materials by consulting properly trained professionals and following best practices outlined by the Environmental Protection Agency (EPA).

Removal also presented challenges from a preservation perspective. The shingles had survived, largely intact, for ninety years and were not dangerous in their existing condition. They represented Appleton’s restoration work at the property and reflected the broader history of substitute materials used on historic buildings as supposedly safer, more durable alternatives to the materials they replaced.

Preservation of modern substitute materials presents a challenge in the preservation world, as these products deteriorate over time and need repair or replacement.

It can be difficult to locate appropriate materials and knowledgeable contractors to repair or replace substitute materials. As in the case of the Browne barn shingles, some of these materials are now considered hazardous and are irreplaceable in their current manufacture.

In this case, not only has a “modern” building material been removed from service, all evidence of the use of this material by pioneering preservationist William Sumner Appleton is gone. However, we can now perform the important structural repairs necessary to preserve the barn for the future.

Once the repairs have been completed, Historic New England will use the documentation collected from the project (e.g., digital photographs, measured drawings) to reclad the building in a similar fashion using a similar substitute material. The new substitute material will match the old asbestos shingles in general appearance and function so that the spirit of the original work remains.