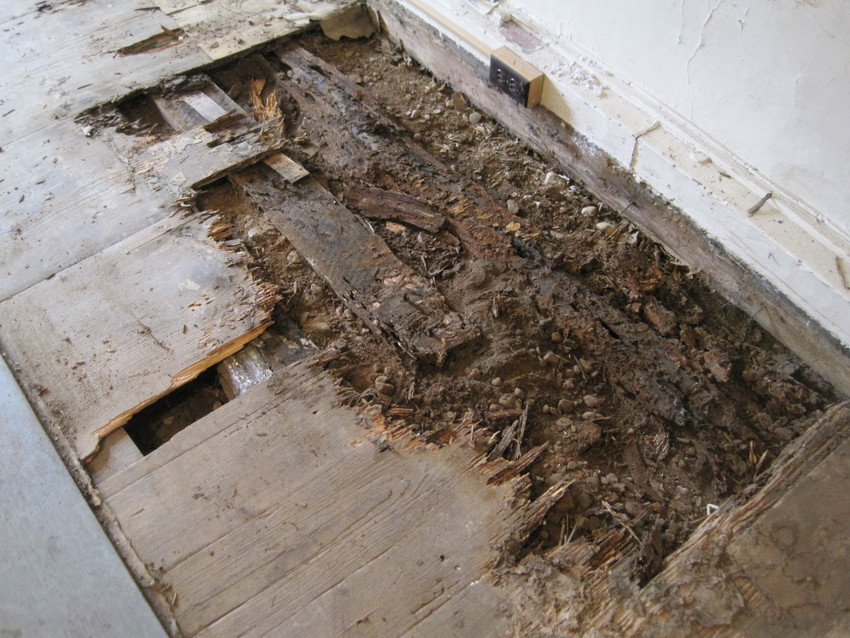 After staff found that the floor of the front hall has been compromised, archaeological work has begun at Boardman House in Saugus, Massachusetts. Initial investigation found that modern floorboards had been laid on top of the original floorboards which, in turn, had been laid on “sleepers” set directly in the soil. An air space of eighteen to twenty-four inches below the floor boards would be ideal to improve air circulation and discourage insects.

Prior to doing any digging that might be required for proper repair, Historic New England is working with an archaeologist to determine if artifacts or evidence from the history of the house would be compromised by the work. This involves digging “test pits” both inside and outside the house. Thus far, these pits have yielded signs of prior repair efforts – some of which were originally mentioned by Historic New England founder William Sumner Appleton in 1917. Additional test pits will be dug over the next week. The final analysis may yield interesting clues about either the earlier construction of the house or subsequent repairs. Stay tuned as we learn what these findings reveal. 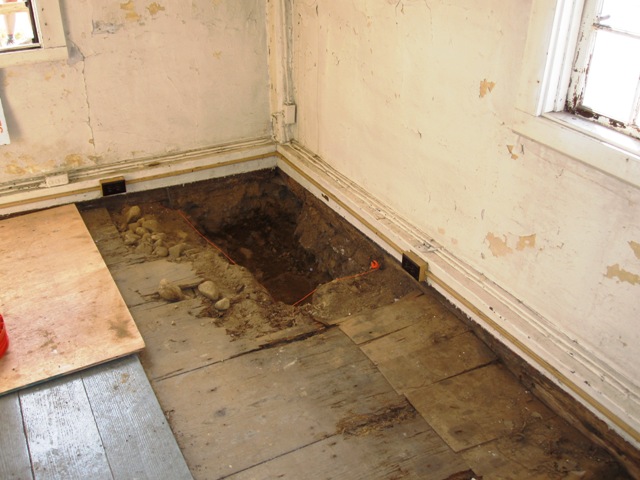 Please consider supporting our preservation efforts at the historic properties through the Preservation Maintenance Fund.