1863 football on display at Otis House 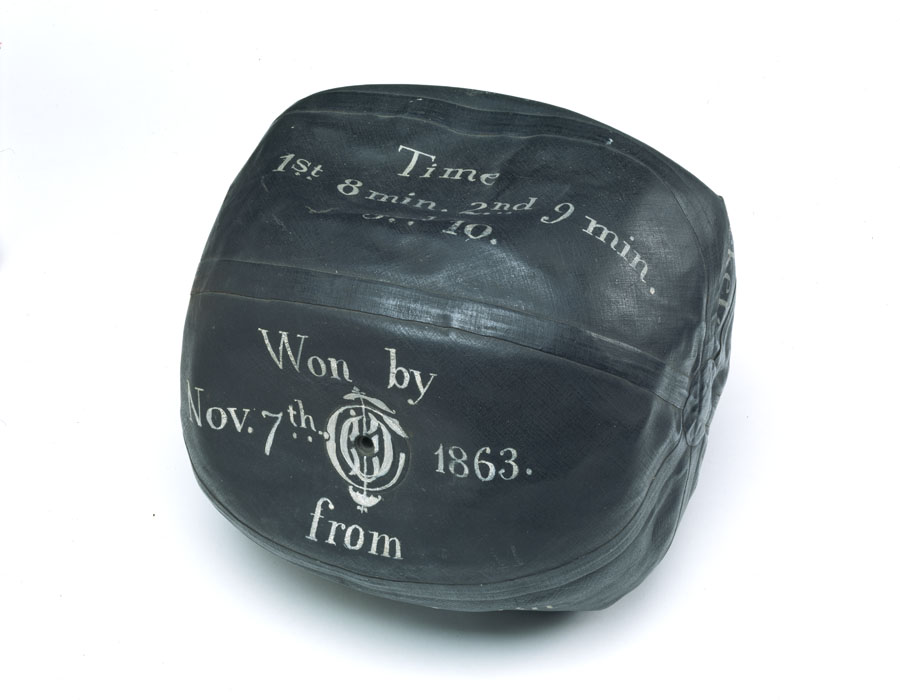 Mention football to New Englanders and the Patriots, Tom Brady, and Gillette Stadium most likely come to mind. They’re probably less inclined to think of this square ball with rounded corners and its place in the history of American football.

The ball was used in a game played on Boston Common in 1863 by the Oneida Football Club. The club, founded in 1862 by students in Boston high schools, was the first organized team to play any kind of football in the United States. This ball commemorates the November 7 game Oneida played against a team from Boston English and Boston Latin. Their game, known as the “Boston game,” and the rubber ball would eventually evolve into the sport we know today.

See the football on display at Otis House in Boston alongside sports artifacts and photos from Historic New England’s collection. The museum is open Friday through Sunday from 11:00 a.m. to 4:30 p.m.